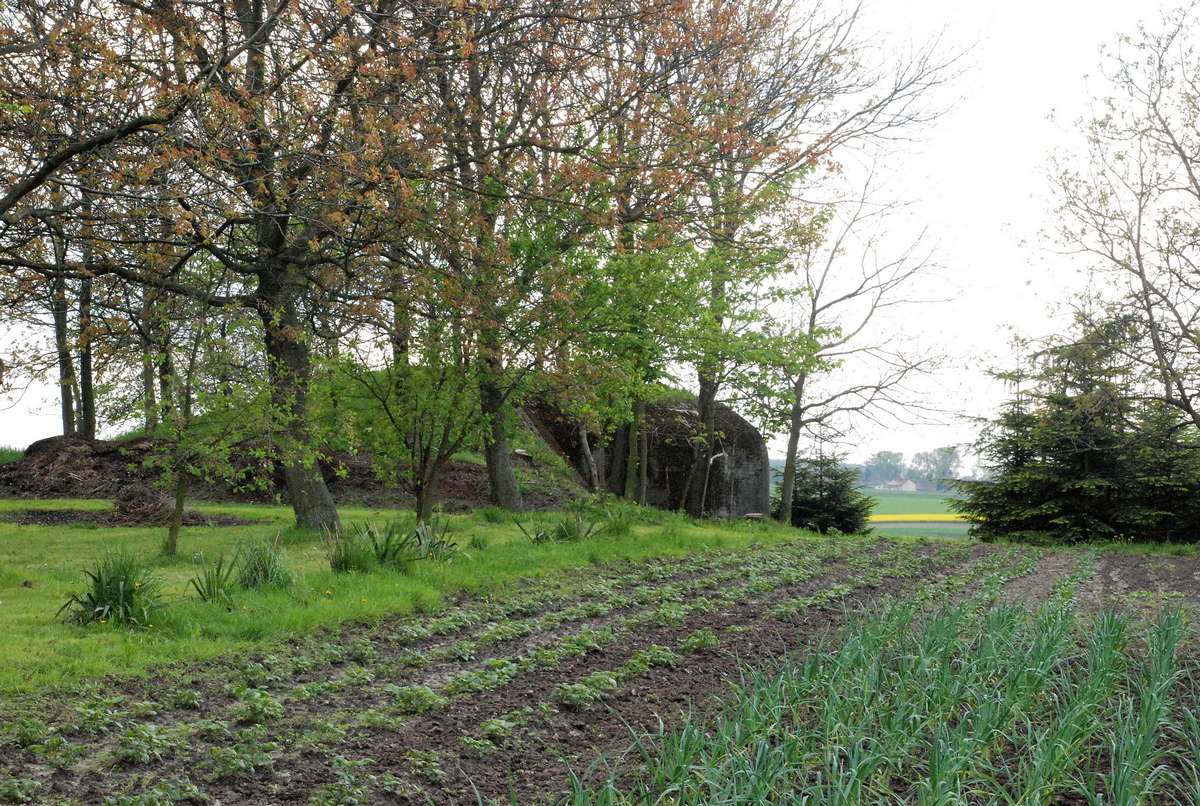 The bunker is located on private land, on plot no. 156 A, at the highest elevation point of the locality in an area called Parcelacja. It is probably part of the German reinforcements from World War II, the so-called "Galician border position" (Ger. Galizische Grenzstellung), which was the Nazi equivalent of the Soviet Molotov Line, located on the other side of the San River. These fortifications were placed there to guard the border between the USSR and the General Government in the period 1939-1941.

The bunker is equipped with a German 78P9 Panzerplatte (armoured plate), 3800x3000 mm, 200 mm thick, adapted for use with the MG-34 machine gun (semicircular notch for the ballmount) and surveillance instruments (side holes). This design was developed in 1936.