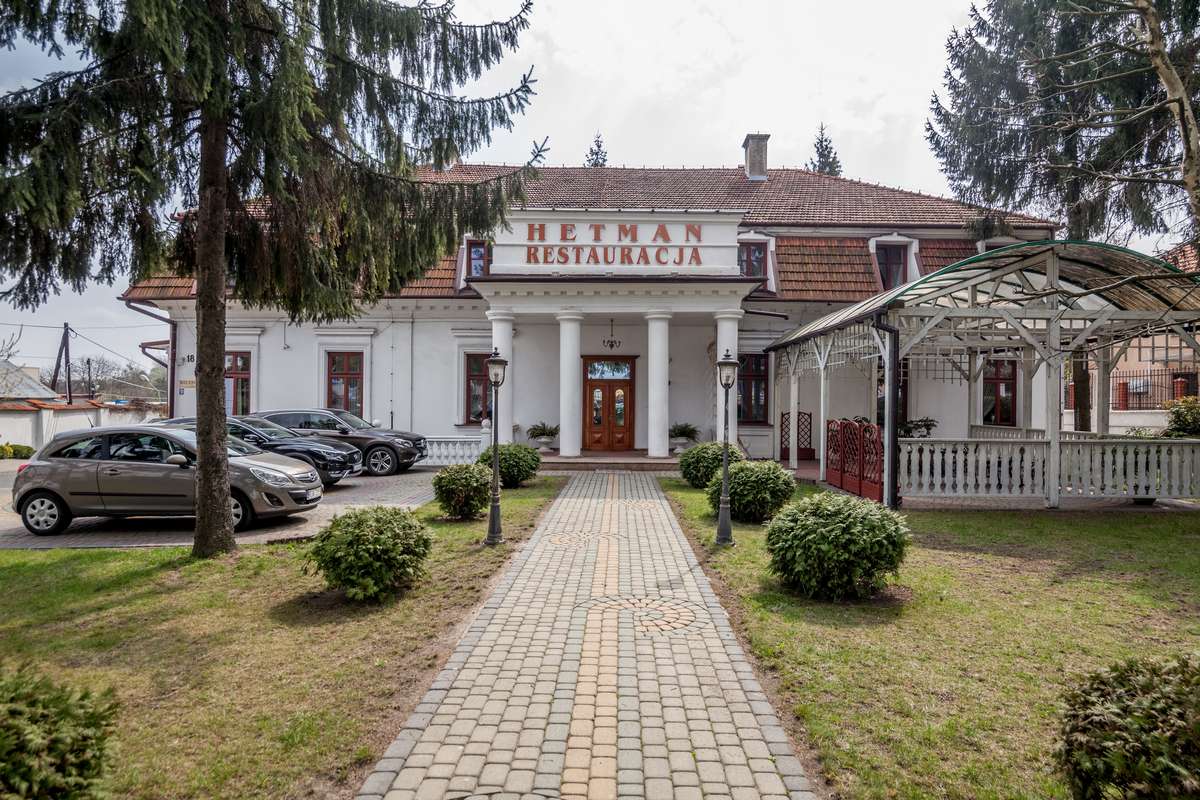 It was constructed in the first half of the 19th century.

The manor house was restored by the present owners, Janina and Władysław Wyczawski, who adapted it for hotel and restaurant purposes. The opening of the new establishment took place in June 1997. For the preservation of the historical character of the manor house and the proper adaptation of the hotel and restaurant, the owners were recognised with a Golden Badge and 1st level award from the Minister of Culture and Art. They were also presented with a congratulatory letter from the provincial conservator of monuments, and a “Meritorous for the City of Jarosław” Golden Badge.

The building is currently known as Dwór Hetman.