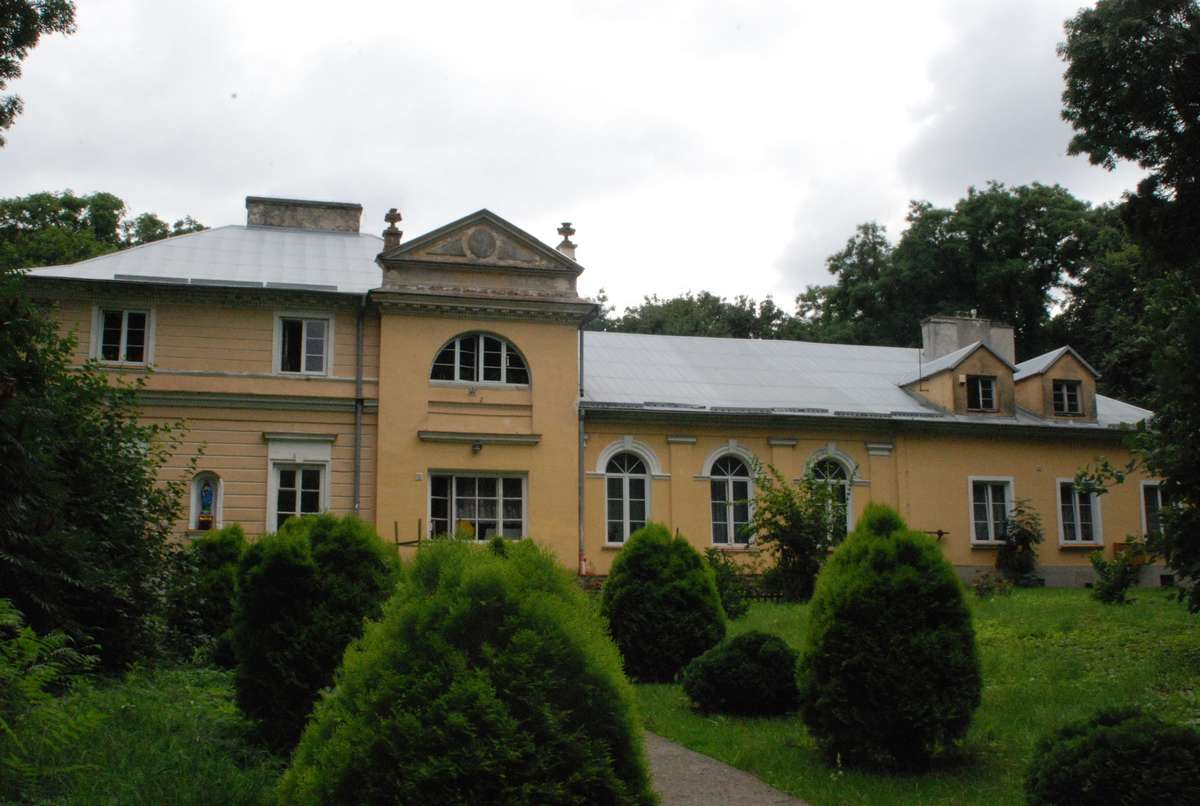 The date of the manor’s erection is not precisely known, but its classicist features indicate the mid-19th century. It is believed that it was built by the family who owned Rudołowice at that time, the Dembińskis. The building stands on the site of a former defense manor, mentioned in sources in 1629. After the Dembińskis, the subsequent owners were the families of the Mieroszowski, Janowicz and Gaweł. The last owner of the manor was Wanda Kułakowska, who died in 1950.

In the 1950s, the building was adapted to serve as a psychiatric hospital. The next new function came in 1990, when it became home to a primary school, which it continues to be to this day.

In the surroundings of the manor, there is a landscape park from the end of the 18th or early 19th centuries, created on the remnants of an older layout. A network of irregular roads has survived, with one main entry from the side of the farm. The 19th century classicist palace is surrounded by a preserved linden tree stand, as well as younger plantations of chestnut trees, ashes and poplars. In front of the palace, there are traces of the old flower gardens.

The school building has a very interesting memorial room, displaying exhibits related to the history of the village of Rudołowice.