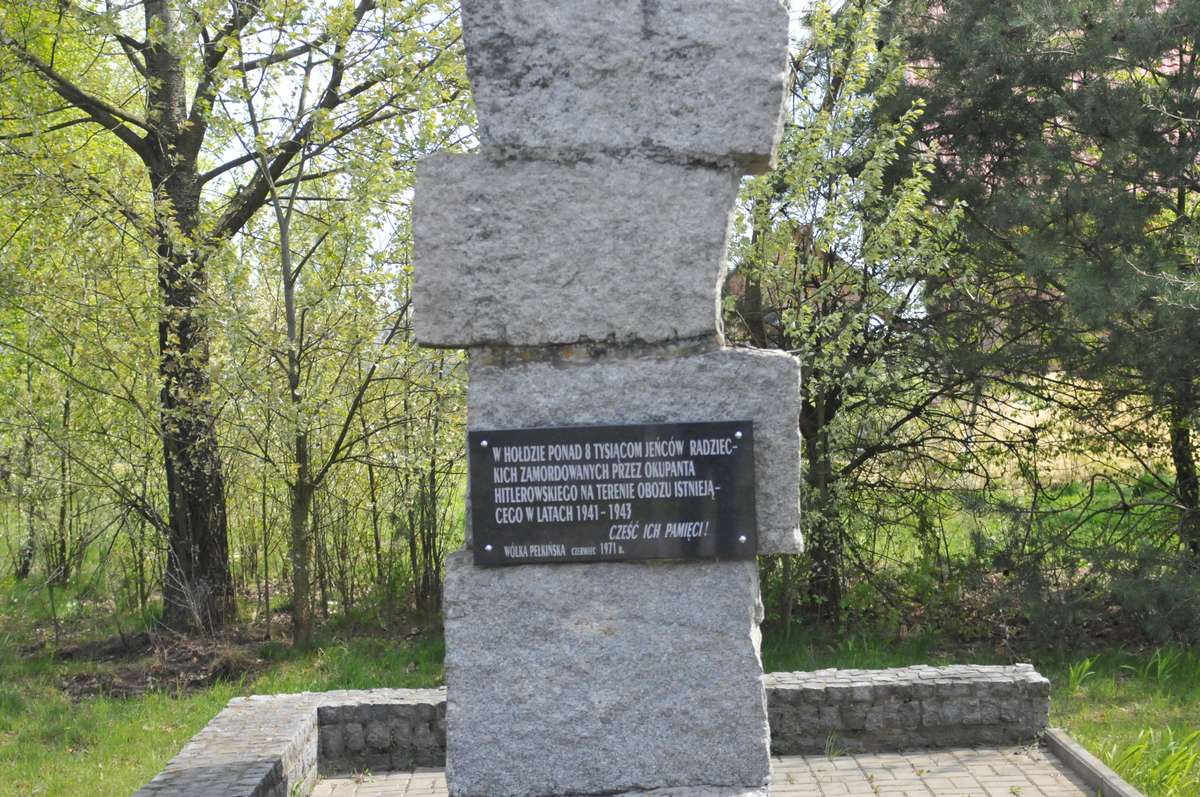 Designed as four granite blocks, the monument commemorates the killed Soviet POWs. After Nazi Germany attacked the USSR in the summer of 1941, a camp for Soviet prisoners was built in Wólka Pełkińska (District of Jarosław). Thousands of soldiers died here of hunger or were executed. After the war, in 1947-1948, a cemetery was formed not far from the camp, in the village Jagiełła (hamlet of Niechciałki), in order to bury the nearly 5 000 Soviet victims of the camp, as well as Jews, Roma, Poles and Ukrainians killed there. Polish, German and Soviet soldiers fallen in the fighting in 1944 were also laid to rest here.