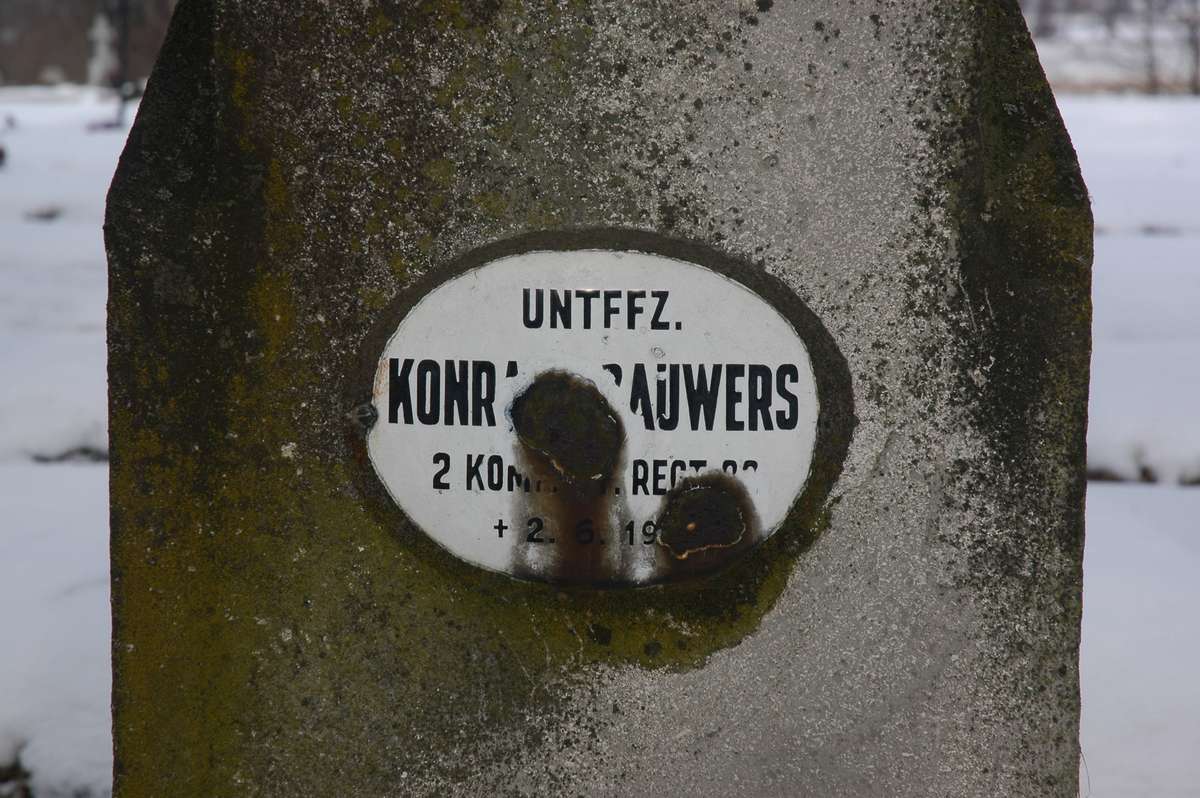 The cemetery was established probably in the spring of 1916. The killed were exhumed from their makeshift graves, scattered around the surrounding fields. The bodies were buried in the cemetery with the help the inhabitants of the village. The cemetery was then surrounded with embankments and a ditch on the outer side.

No markings of the graves have survived. The only exceptions are the two monuments raised thanks to the families of the killed. In the first case, it is a small stone cross with an oval metal plaque.

Further into the cemetery, in the next section, there is the second memorial site. It is a stone plinth made of sandstone with a severely tarnished inscription. According to research carried out by Jan Kuca, about 900 soldiers of the Russian and German-Austrian armies are interred in the mass graves.