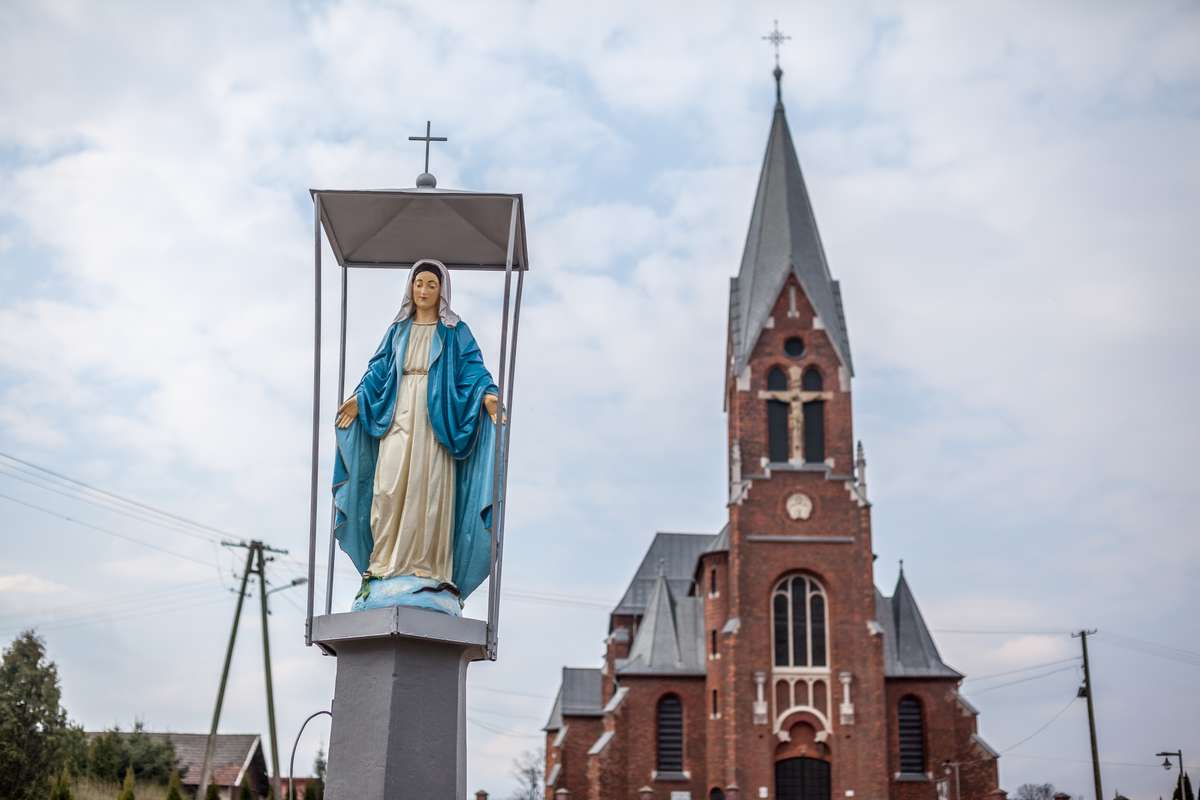 The church was built at the beginning of the 20th century on the site of a wooden church from 1736, whose condition was beyond repair. The construction of the neo-Gothic church designed by Teodor Talowski began
in 1902 and ended in 1907, mainly thanks to the funds from the Zamoyski family. The church stands out in the rural landscape with its distinctive, 40-metre high tower, topped with a metal cross. In the cellar, you can see the crypt of the Zamoyskis. Nine people from this noble family, who in the 19th and 20th centuries owned the demesne of Wysocko, were buried here.

The building suffered as a result of war turmoil in 1915, and the Austrian soldiers stationed here stole four bells, among other things. After the war, thanks to Fr. Franciszek Zawisza and count Zygmunt Zamoyski, the church was renovated and in the 1920s new altars were founded, designed by Bogdan Trefer. The main altar was provided thanks to the efforts of countess Wanda Zamoyska. It had the form of a triptych with the relics of the saints Stanisław and Wojciech (Adalbert), and a centrally located crucifix. One of the side altars, founded in 1928 by count Adam Zamoyski, is devoted to the Holy Virgin Mary. The other one, dedicated to the Heart of the Lord Jesus, was built thanks to contributions of the parishioners.

In 1944, the church was again seriously damaged. After the war, support from the parishioners allowed to repair walls and stained glass windows, while in the late 1950s the interior was repainted and a new roof was installed.

A historic parish house stands by the church. In the cemetery by the church, there is the tomb of Roman Kotzian, accountant of the Wysocki family, participant of the January Uprising and deportee to Siberia. 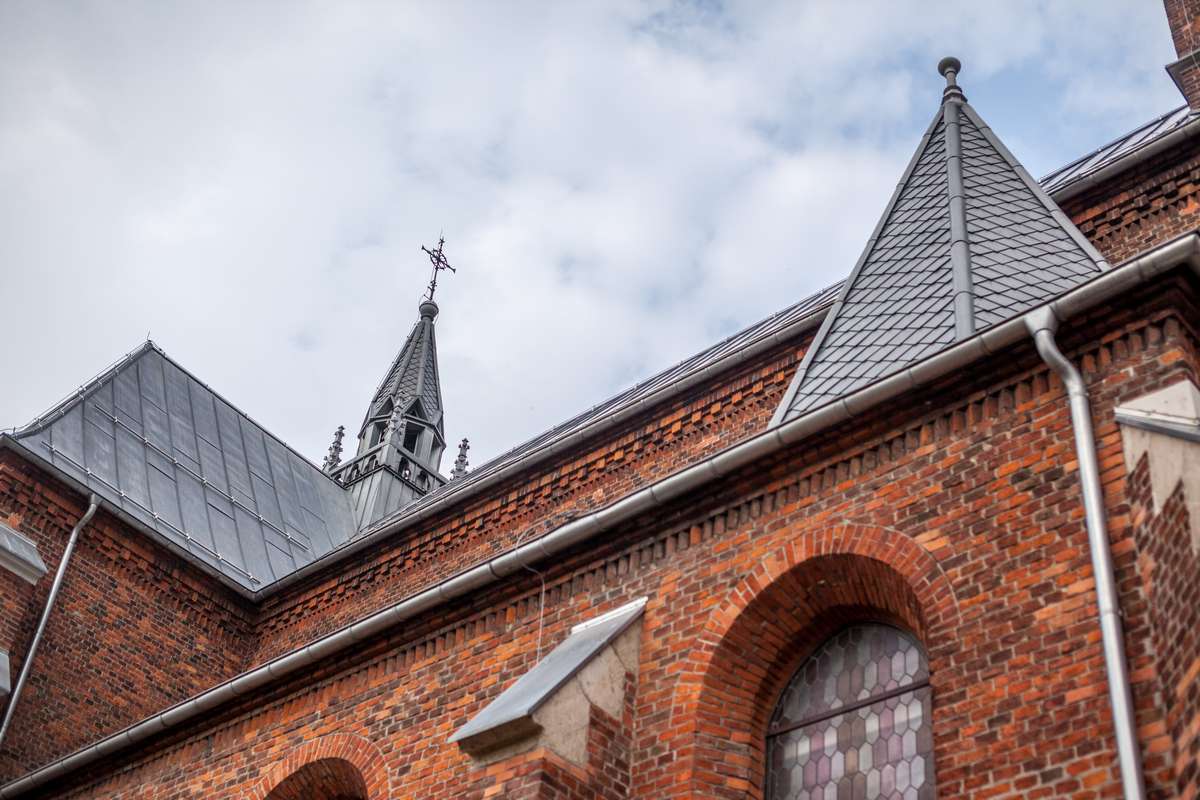 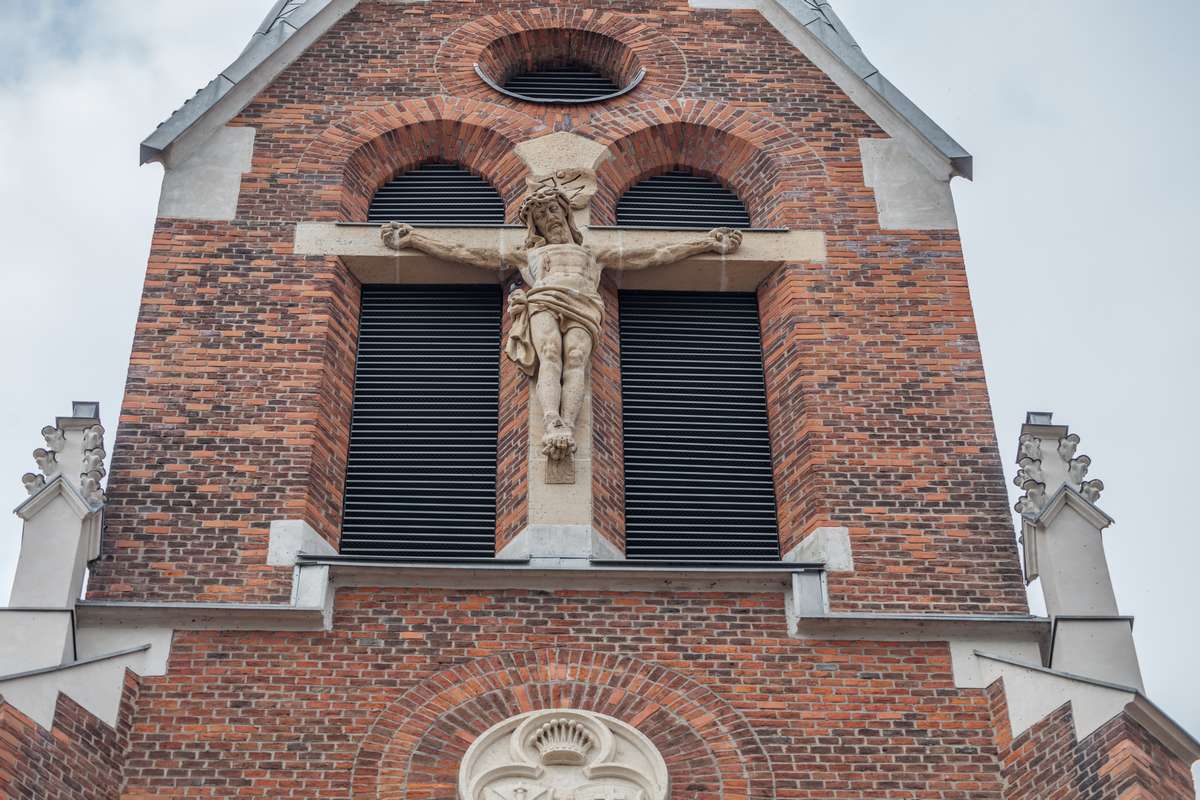 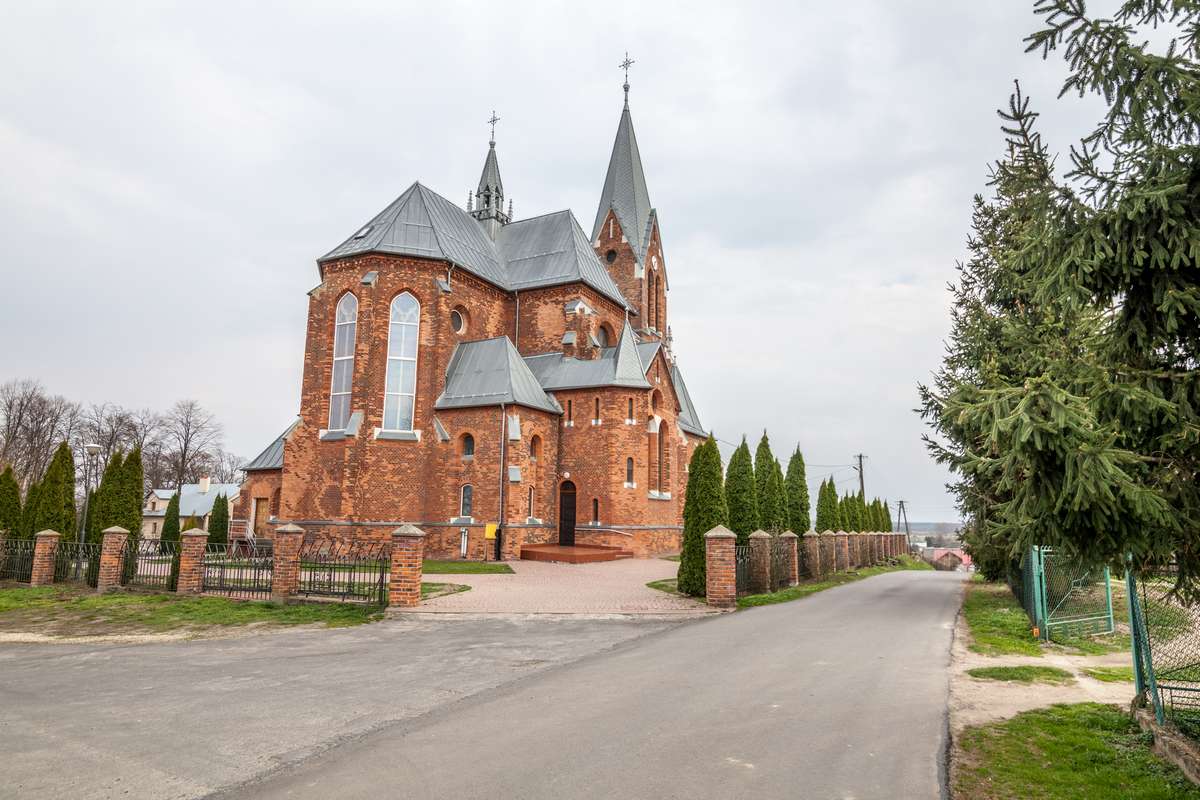