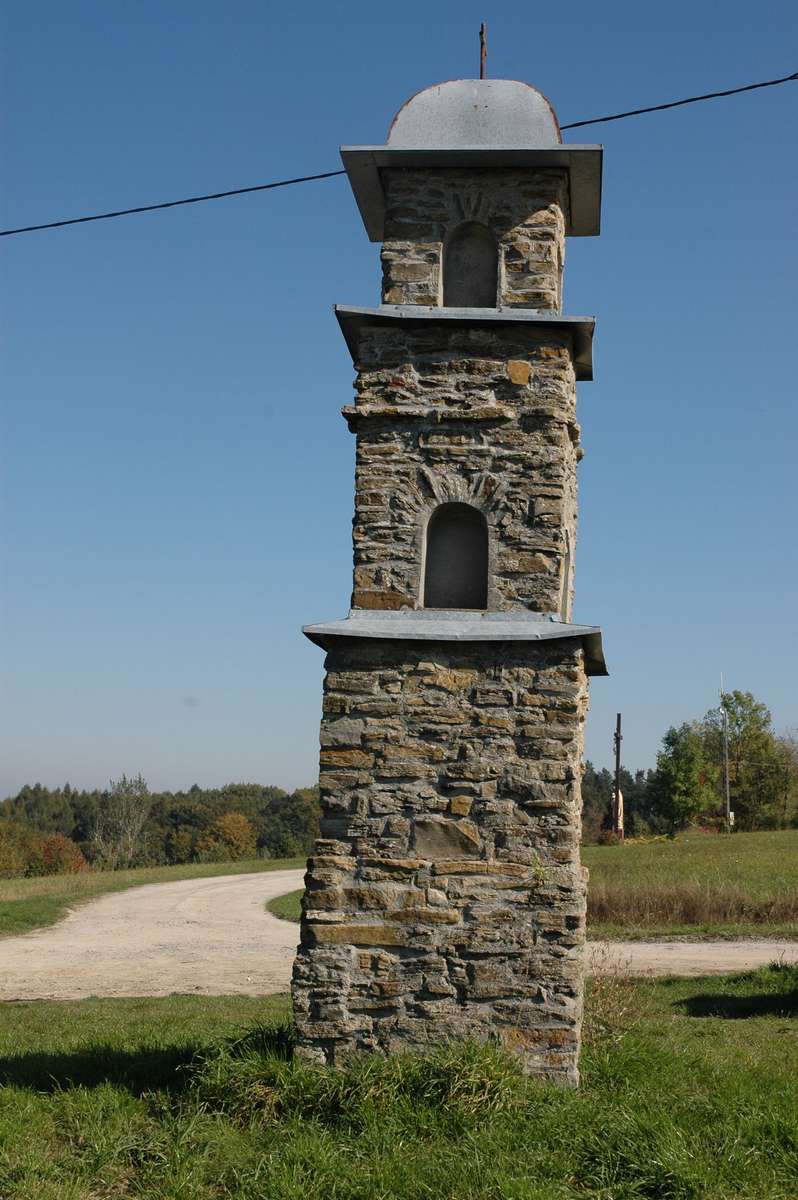 One of these so-called Tatar signals is located near the top of Iwo Mount, clearly dominating over Pruchnik. It is a several metres high stone pillar made out of local sandstone with mortar. It has a square base and with semicircular niches on the side walls, arranged in two rows. A tin roof with a cross tops the obelisk off.

The second one of these obelisks is located on a private plot in Markiewicza street. Set on a sandstone plinth, it is made of brick with mortar. Its walls are slightly slanted and its proportions are rather slender. Several metres high, it has a rectangular base and with niches on the side walls. On the top, there are two cannonballs placed one on top of the other.

According to one of the hypotheses, the name “Tatar signals” has to do with their function. The pillars were built to send signals – either light or smoke ones – to warn the population about the approaching enemy. The construction of the Tatar signal in Korzenie is often associated with the Tatar raid which took place in 1619-1620.