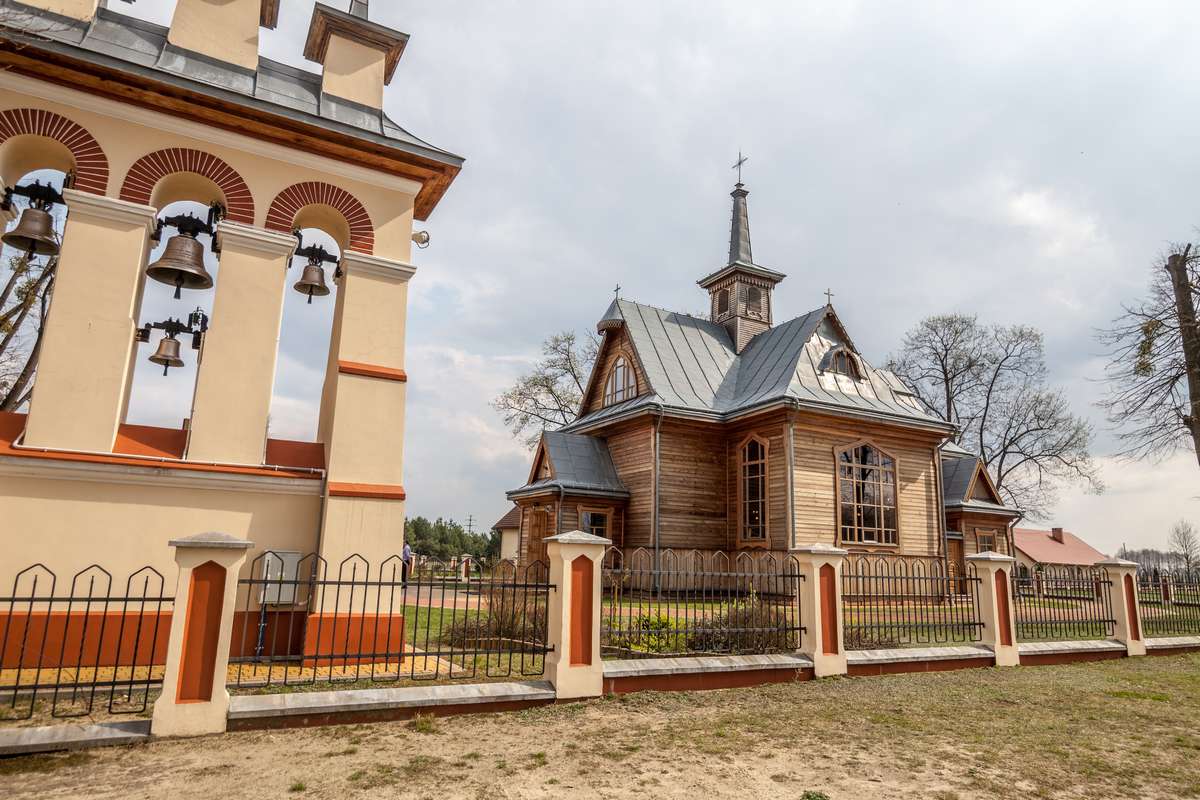 The creation of this Roman Catholic parish started from the construction of a children's shelter in 1896, supported by Stefan Zamoyski. The shelter was staffed by Servant Sisters of the Immaculate Conception. The construction of the church began when the owners of the village, the Giedroyć family, donated 8.5 morgens of land for that purpose. 1910 marked the beginning of the construction of the parish house, and in 1914, a wooden chapel got erected. Unfortunately, these buildings were destroyed during World War I. Following the end of the war, work on
a new church, designed by the architect Kazimierz Osiński, could start on 1 May 1918. The plot of land for the construction was donated by the Możdżan family. The consecration of the newly erected church took place on 26 October 1919. In 1923, the church was covered with board panels andin 1924, the roof shingles were replaced with sheet roofing. In 1928, altars were founded and the painting of Our Lady of the Snows was created by Józef Bukowczyk from Przemyśl. The church was thoroughly renovated in 2007-2008.

Its architecture has characteristic features of the so-called Zakopane style.

In 1919, a three-arch bell tower was added. The largest of the bells, made by the Felczyński brothers, bears the name “Józef”. As it turns out, the portrait of Józef Piłsudski was cast on it in 1928. It was probably the first ever “monument” of marshal Piłsudski. 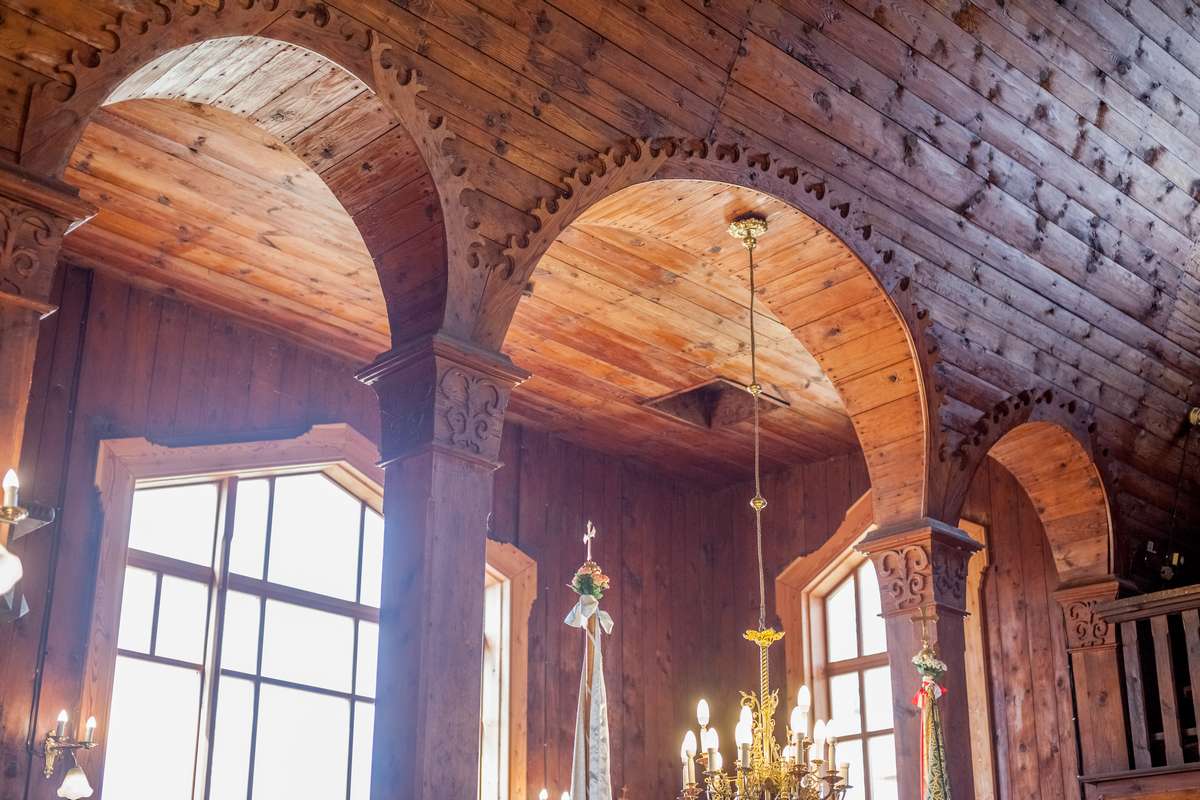 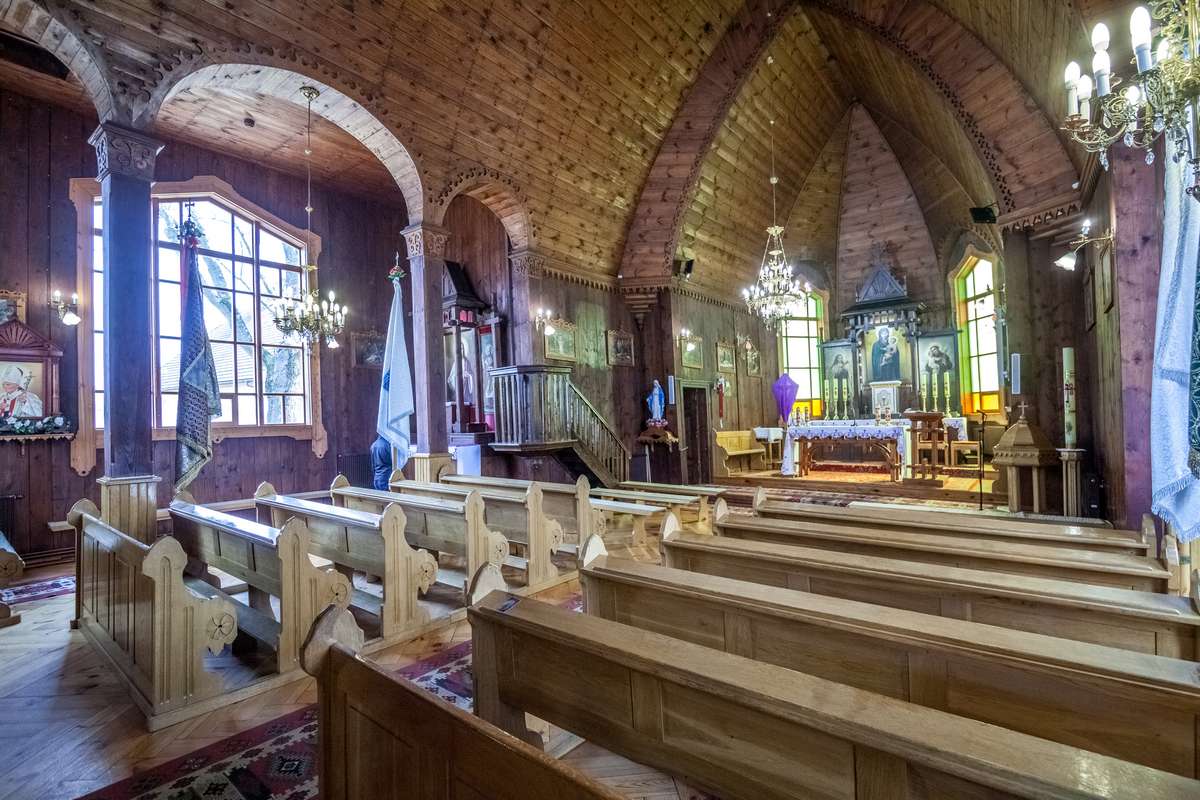 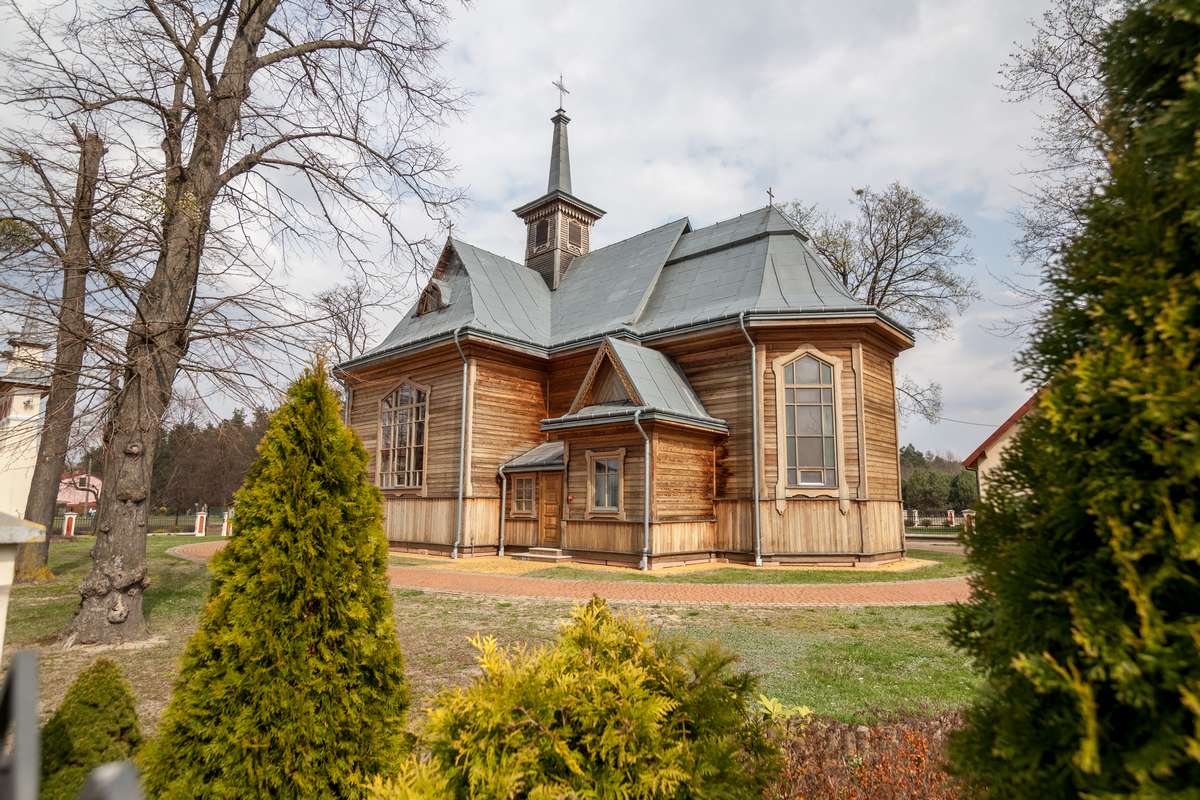