Molotov Line bunker no. 1 in Piaski 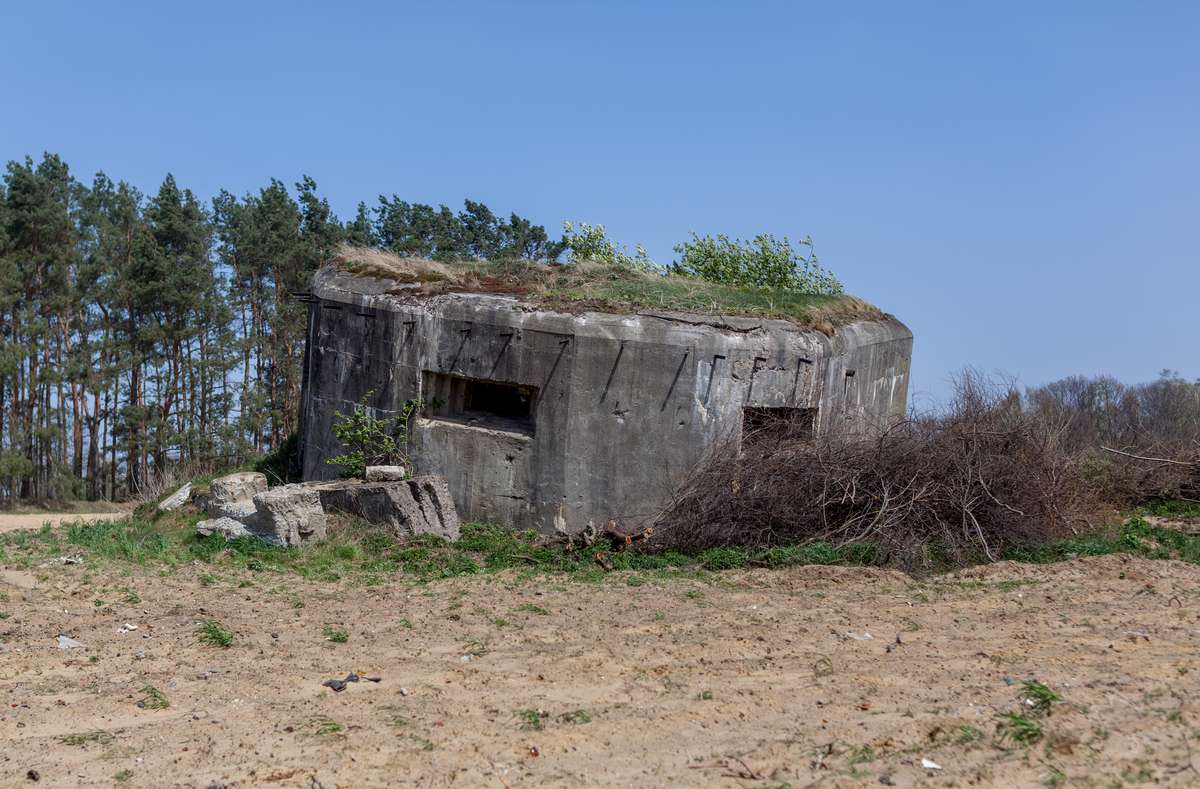 It is a single-storey bunker for flanking fire. It was probably armed with 3 sets of NPS-3 and was equipped with an LMG for close defence and an LMG for entry defence. The bunker does not have a back wall with openings for guns or entrance, which suggests that it was blown up. The whole structure was torn from the foundations and settled down with frontal and side walls almost intact, slightly shifted in relation to its foundations. Absolutely nothing was preserved inside with just the exterior left. The armour of the NPS-3, walls and ceiling with anti-shrapnel sheets bear countless marks of impact and penetration. 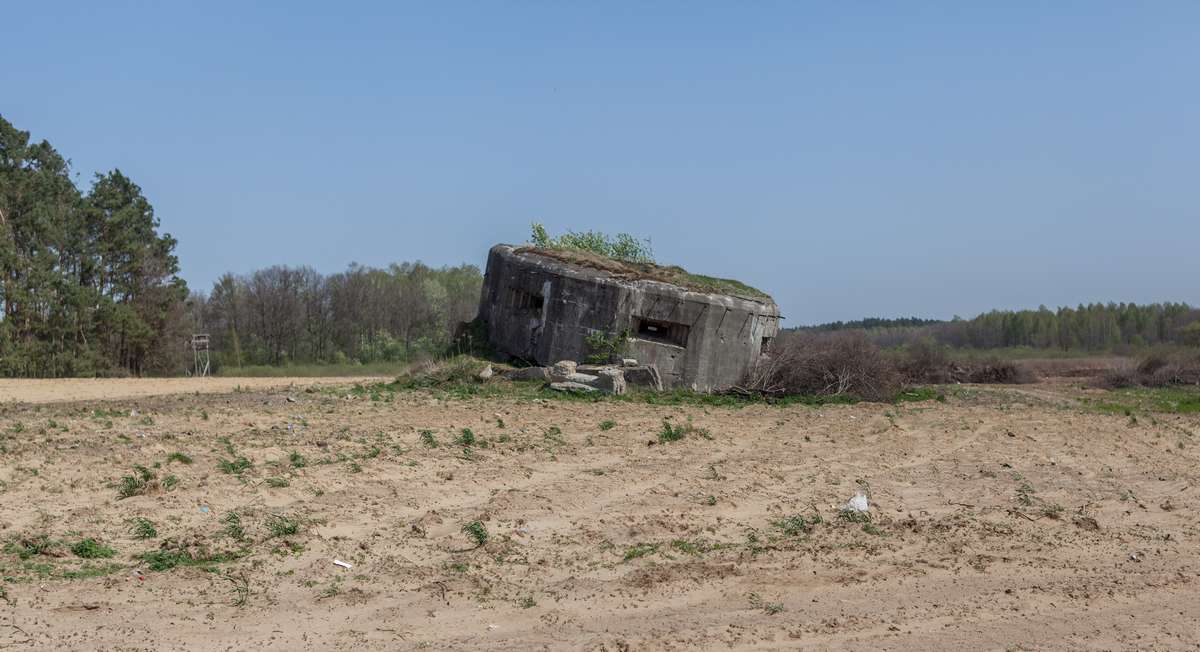 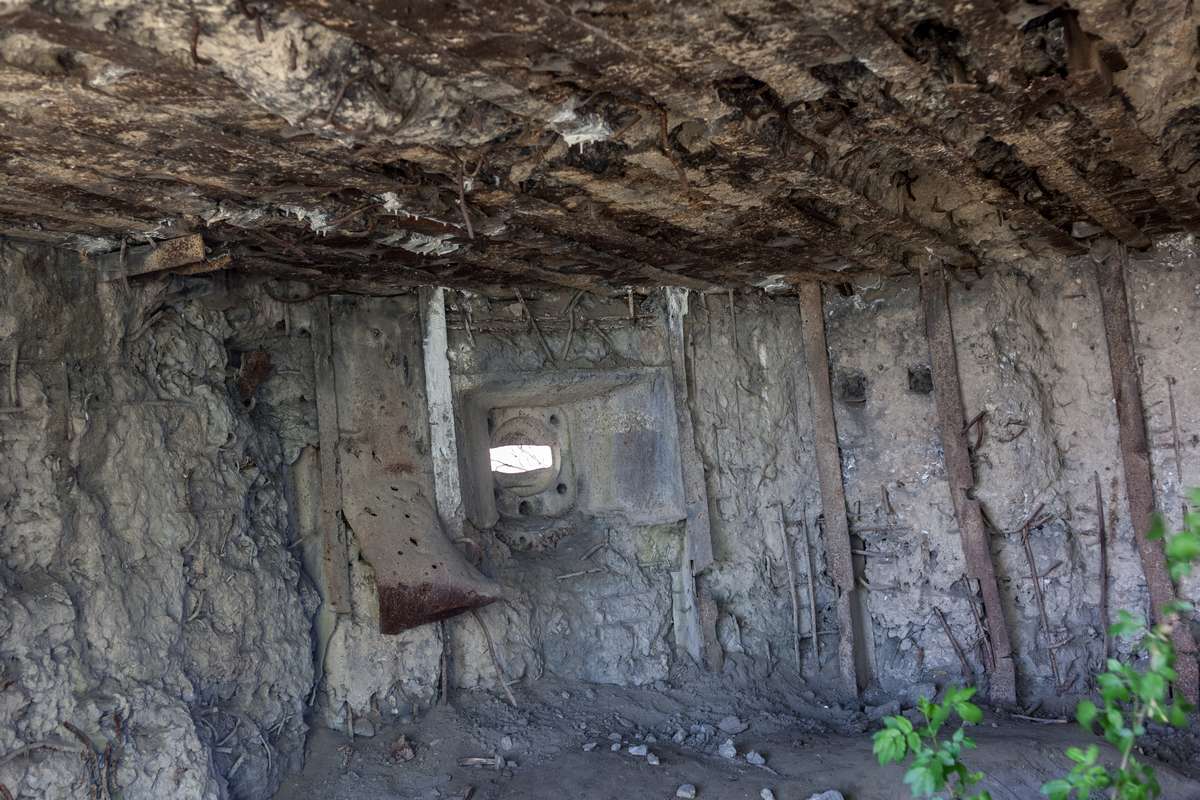