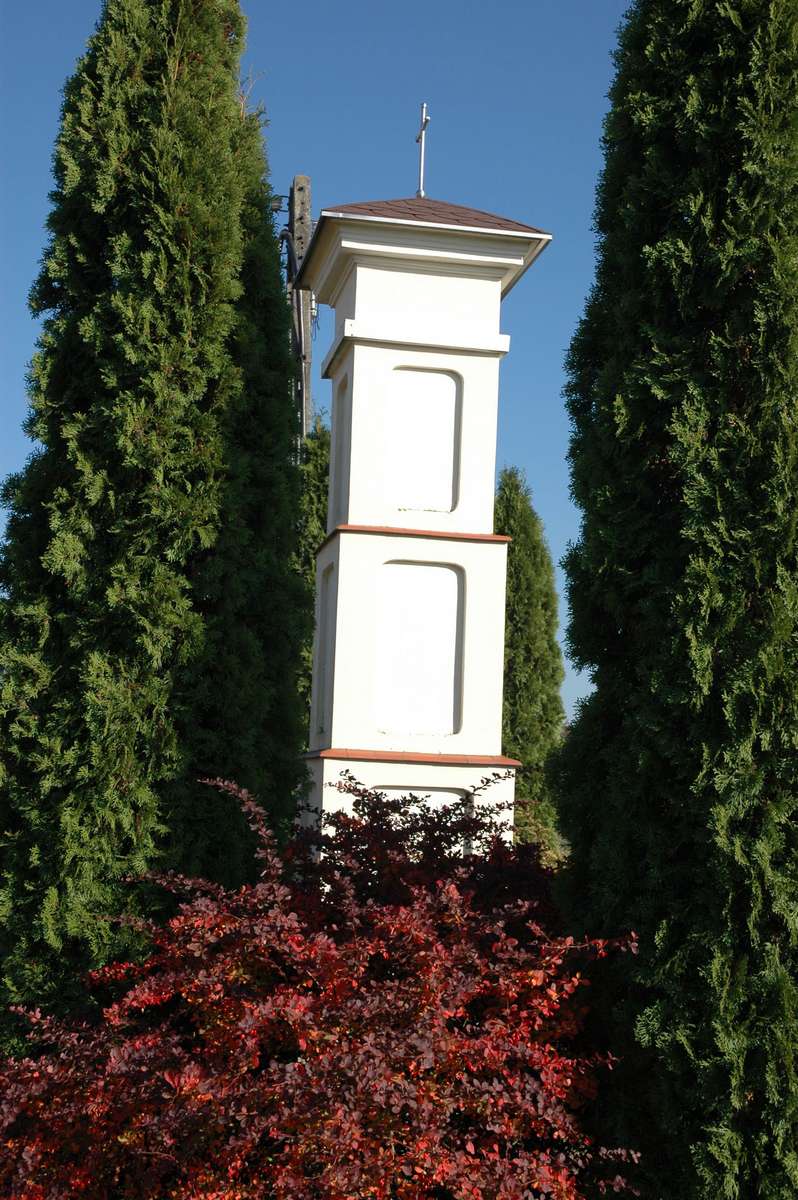 According to the different information sources and records, a shrine was placed here as early as 1683, dedicated to King Jan III Sobieski in gratitude for the Siege of Vienna. The local residents themselves pass on oral claim saying that it was built in remembrance of Sobieski’s troops marching through Tapin on the way to Vienna or on the way back. However, historical facts contradict this belief.