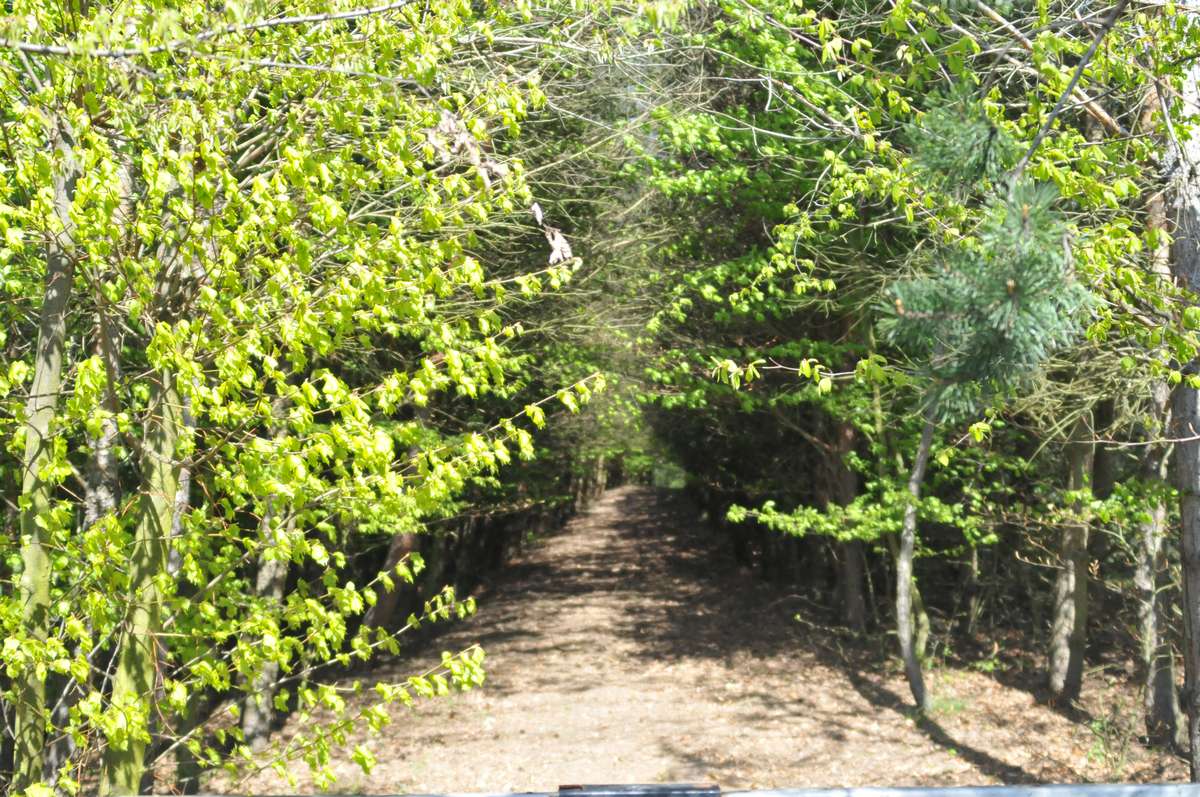 In November 1943, the Nazis realised they would have to leave the occupied areas, and so they decided to destroy the evidence of their crimes. In order to do that, they created the Sonderkommando 1005 out of prisoners who had to exhume mass graves and burn all the bodies. In Koniaczów, the Germans established a large pyre for burning corpses, shaped like an irregular rectangle. After the cremation was complete, the prisoners used to carry it out were executed in early May 1944. The camp in Koniaczów was also levelled. The commemorative cross installed by the Ciemierkiewicz family from Koniaczów bears the following inscription: "Passerby, this is the place of torturous death [and] heinous crime perpetrated by the Germans on people of different nations (approximately 35 thousand shot to death and partly burned in the crematoria in the years 1941-44)". Under the cross, there is an image of the Virgin Mary and the message “Beneath Your protection". This symbol of martyrdom of thousands of people was placed near the site of executions.