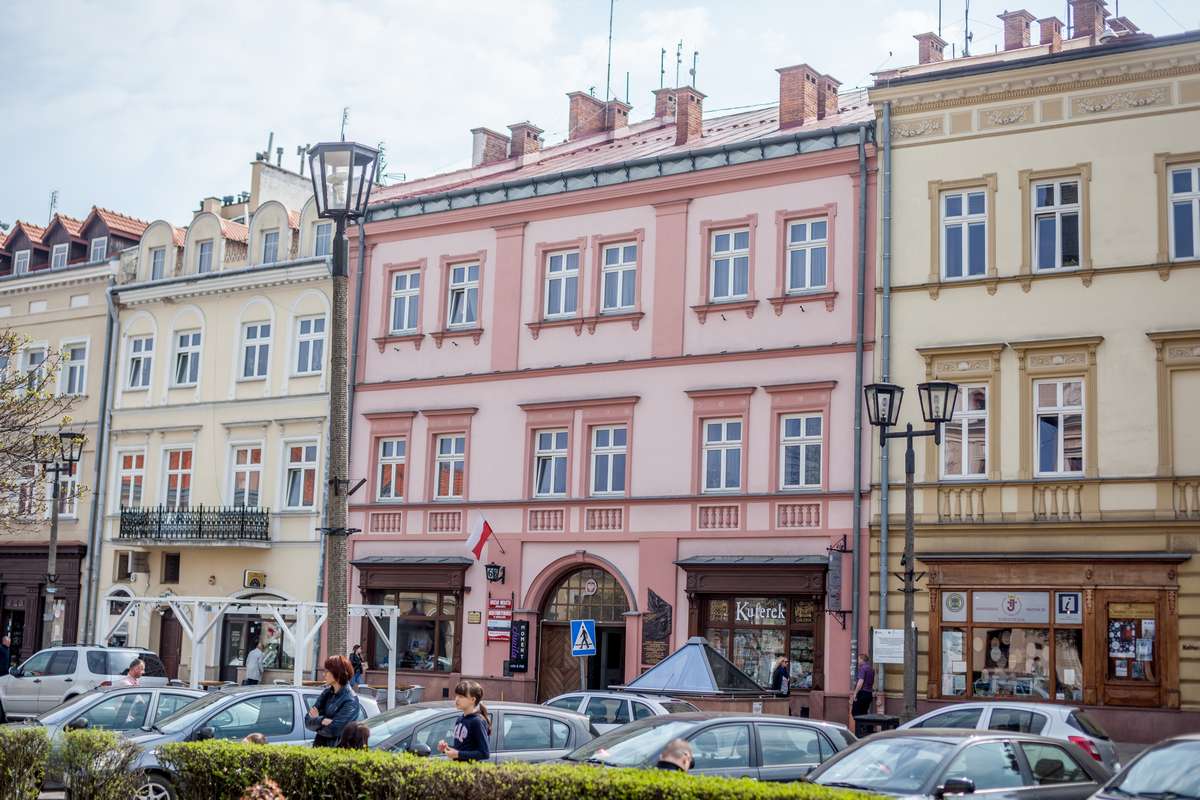 The Gruszewicz tenement house was built in the first half of the 17th century on the remains of a former Gothic structure. From 1633 on, it was owned by the pharmacist Adrian Gruszewicz, and after that by his son Jan, hence the name. Originally, it had two floors with arcades, a wide hall along the axis, a covered courtyard, a spacious room and three levels of cellars. In the 19th century, it was remodelled and expanded. A room referred to as the “Grand Room” survived inside, covered with a barrel vault with lunettes and decorative moulding, adorned with a painting dating back to the first half of the 17th century, showing scenes from the Passion and the four evangelists. These days, the tenement house is owned by the Municipality of Jarosław.