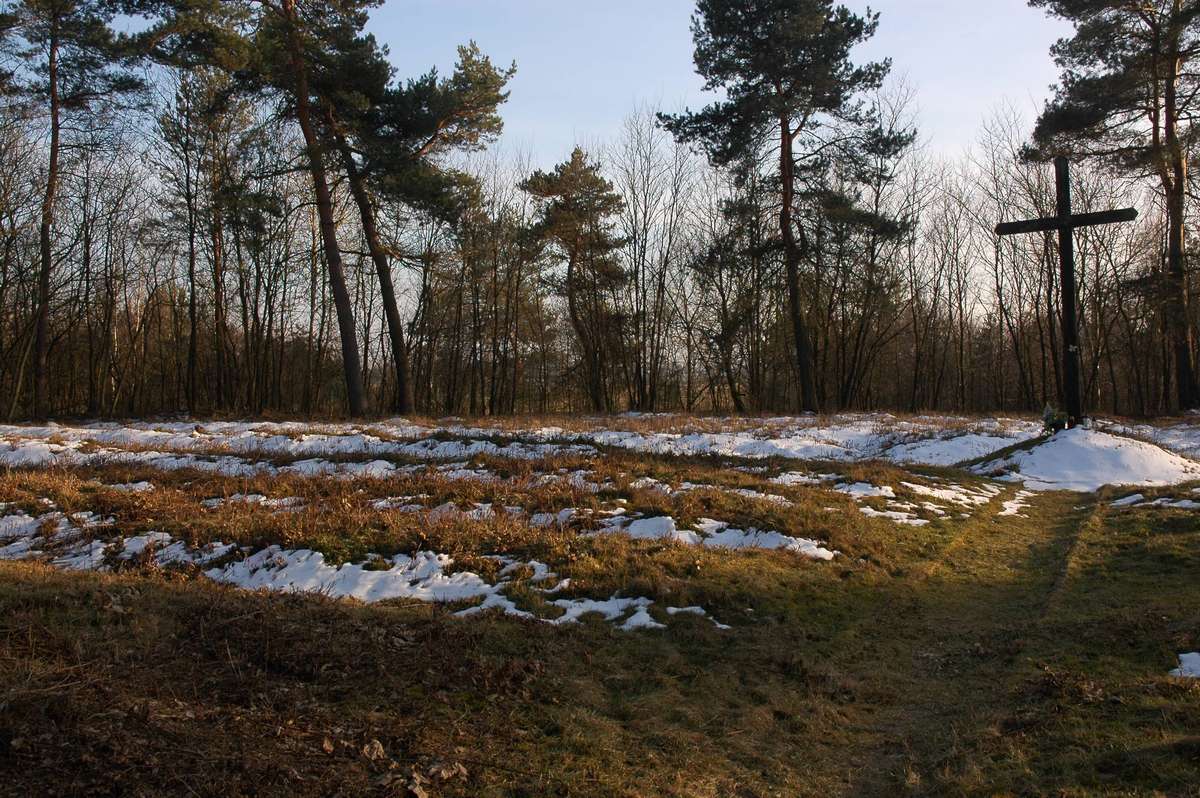 The cemetery was founded on the edge of the slope on which the line of trenches ran in the time of combat both in 1914 and 1915. It has a rectangular plan defined by an enclosed embankment. Two perpendicular paths divided the area into four fields of graves. At their intersection stands a high mound with an oak cross on top. A report by cavalry captain Jonak lists 1408 burials here. The identified soldiers were marked with clay plaques. Only one complete plaque has survived to date, along with several damaged ones.