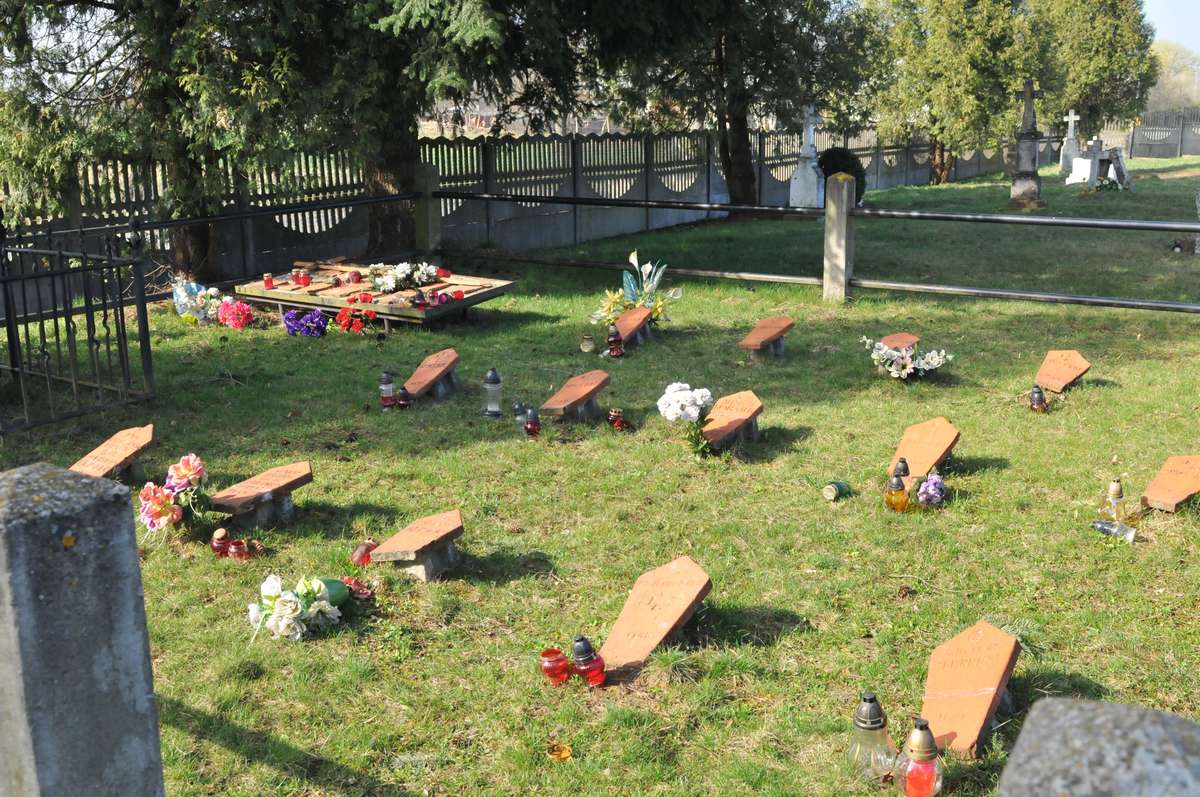 The local cemetery has numerous crosses made of metal and sandstone, originating from the first half of the 20th century, which testify of the presence of a large Ruthenian population in Makowisko. To the left of the entrance gate is a section with burials from World War I. It is a rectangle with the dimensions of 6.60 × 8.30 m. In the south-east corner of the section, a fence marks the resting place of second lieutenant Theodor Kerkow. His grave features a 2.83 m high richly carved monument made of sandstone. The inscription on the plinth reads: “Reserve second lieutenant and company commander Theodor Kerkow 2. Infantry Regiment "Franz" 4. Ritter Company, etc. died 24 May 1915”. The remaining part of the section has mass graves. Some of them have preserved ceramic plaques supported on concrete feet. Damaged plaques were placed on a concrete slab.