Molotov Line bunker no. 2 in Piaski 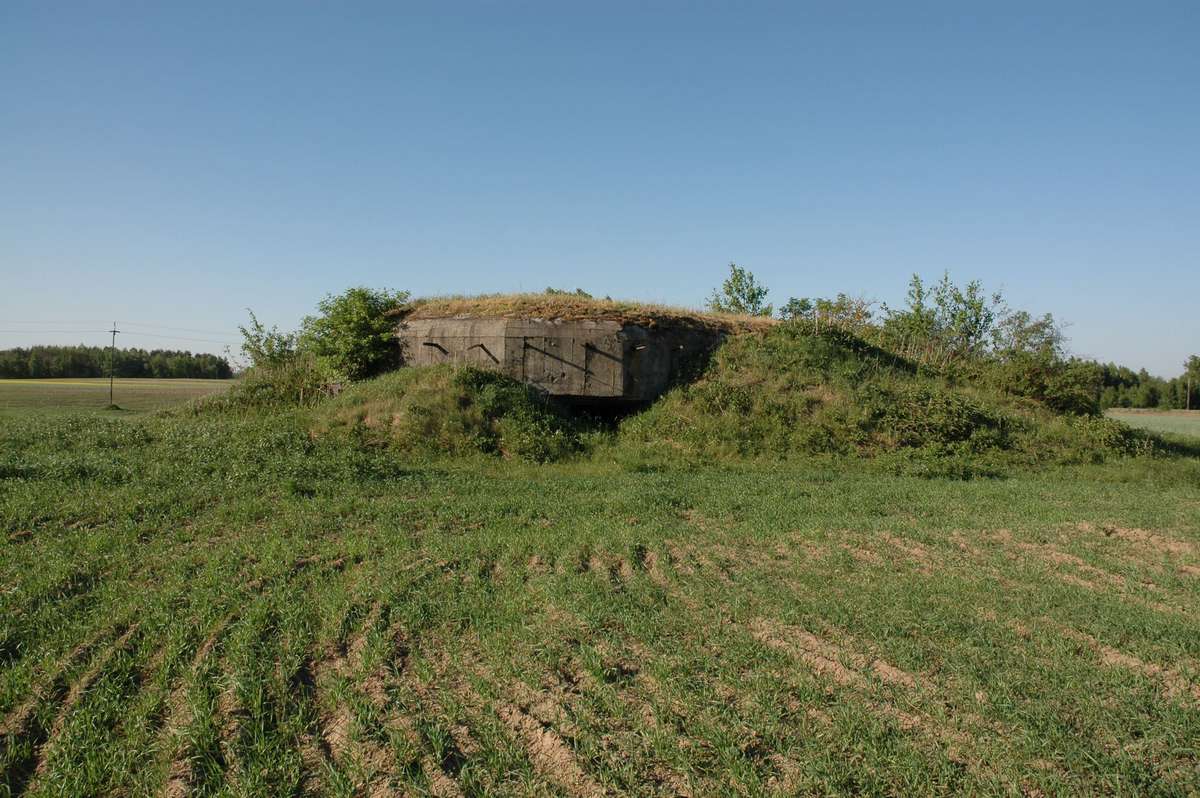 The bunker in Piaski was a single-storey structure used for frontal fire. It was to be armed with three sets of NPS-3, an LMG for close defence and an LMG for entry defence, but only two sets of armour were provided for the fortified versions of MMG. Under the combat rooms, there were tanks for empty shells. Unfortunately, they have been flooded by groundwater.

The room of the close defence embrasure has no partitions. The chamber is equipped with an emergency exit under the embrasure and an additional tank.