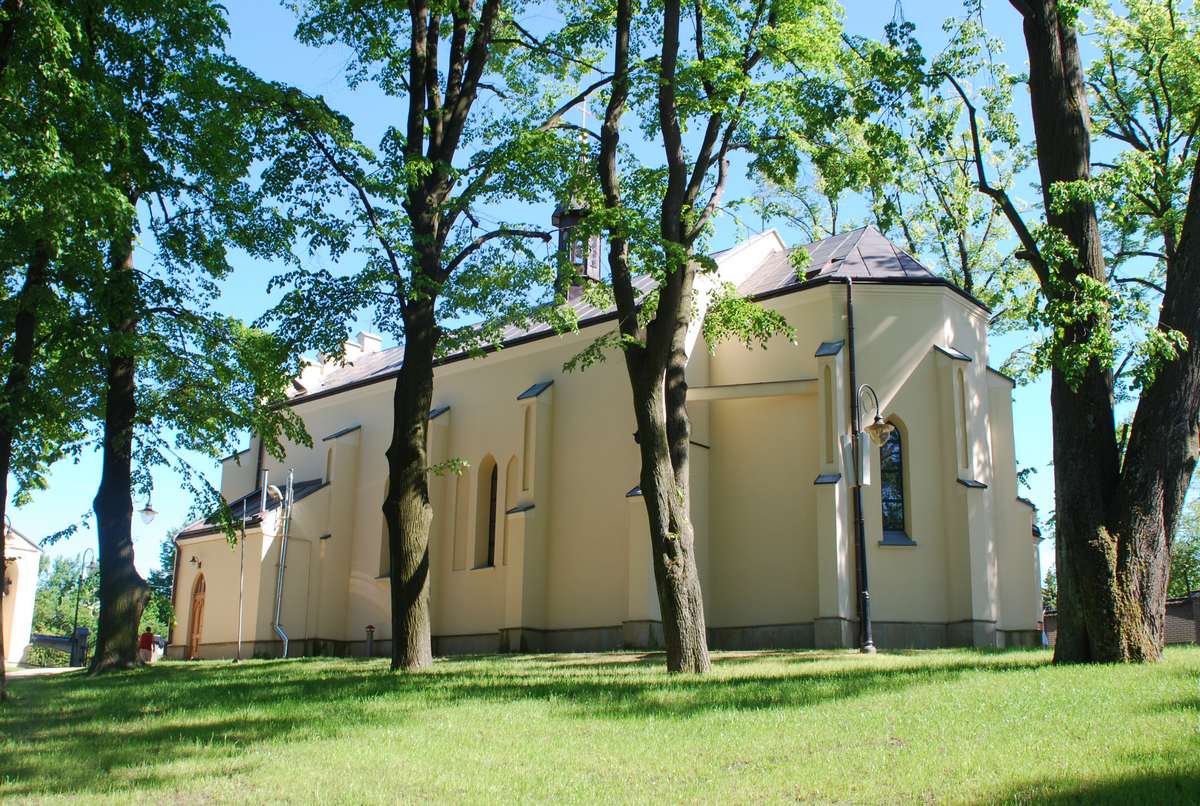 The complex of the Church of Our Lady of Consolation is situated in the western part of the village on a hill referred to by the locals as Góra Maryi, i.e. “Mary’s Hill”.

There is a legend about the creation of the sanctuary in Jodłówka, according to which the image the Virgin Mary was originally hanging on a tree in a spring with healing water. The miraculous nature of the image was revealed one summer around 1680, when a poor widow brought her son bitten by a viper and rinsed him off in the spring, all the while praying and asking Mary to save her child, her eyes fixed on the painting. Her prayers were answered, and the news about this event quickly spread around Jodłówka and all the surrounding area. Numerous pilgrims, both of the Latin and Greek rites, began coming in.

As the local lore has it, the painting was then placed in a small chapel at the spring, and later in a church made of raw stone. At present, it is in the main altar of the parish church, dedicated in 1871.

The painting depicts the Virgin Mary with Infant Jesus in her left arm. The Infant makes a blessing with the right hand, the left one holding the Gospel. Most of the sources indicate that the painting is modelled on the image of the Virgin Mary of Sokal (Ukraine).

The painting of Our Lady of Consolation in Jodłówka was found to be “famous for its graces" in 1946, under the decree issued by the Przemyśl ordinary, Franciszek Barda. On 15 July 1973, the Chapter of the Basilica of St. Peter in the Vatican gave its permission in a decree to adorn the painting with a golden diadem. The coronation act was effected on 31 August 1975 by the Metropolitan Bishop of Kraków, Cardinal Karol Wojtyła, the future Pope John Paul II.

Currently the Sanctuary of Our Lady of Consolation in Jodłówka is one of the most important places of worship related to the Virgin Mary in south-eastern Poland, visited by thousands of the faithful every year.