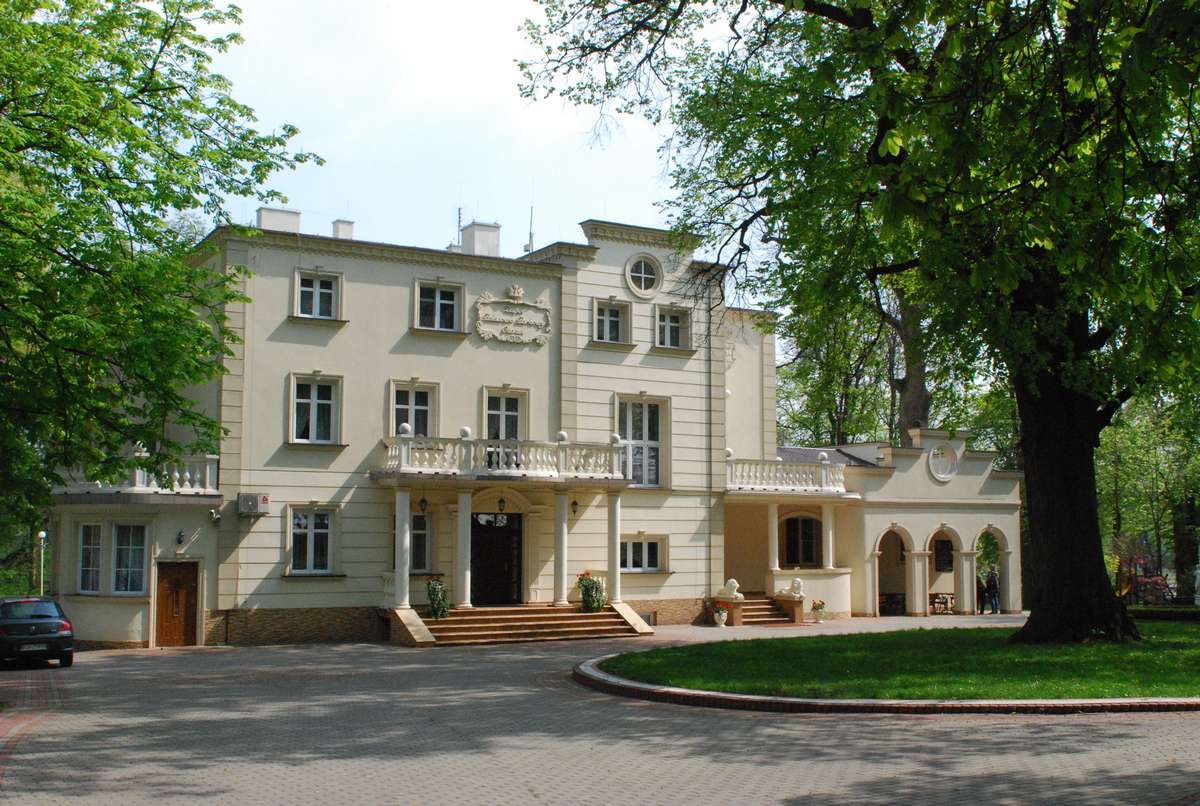 As it is today, the palace has not retained its original appearance. It was constructed as a modernist building, and its history is connected to Ignacy Rosiński, who in 1931 began to gradually purchase the Ożańsk assets from the Czartoryski family. As evidenced by the latest research by the current owner, the palace was built by count Rosiński in 1934 (rather than 1936, as existing sources claim). During World War II, the building was taken over by the Germans with the Rosińskis emigrating. After the end of war, the state nationalised the assets. For many years, the palace served as administrative offices and residential housing for the Ożańsk PGR (State Agricultural Farm). In 2011, the palace-and-park complex was acquired by its current owner, who has since been slowly bringing it to its former glory. At present, the palace interiors consist of three rooms: a column room, a mirror room and a fireplace room, with a restaurant and a hotel.

The palace occupies a central place in the manor park, founded probably as early as in the second half of the 18th century by the Terlecki family. The park features a rich tree growth with centuries-old oaks, lindens and chestnut trees.