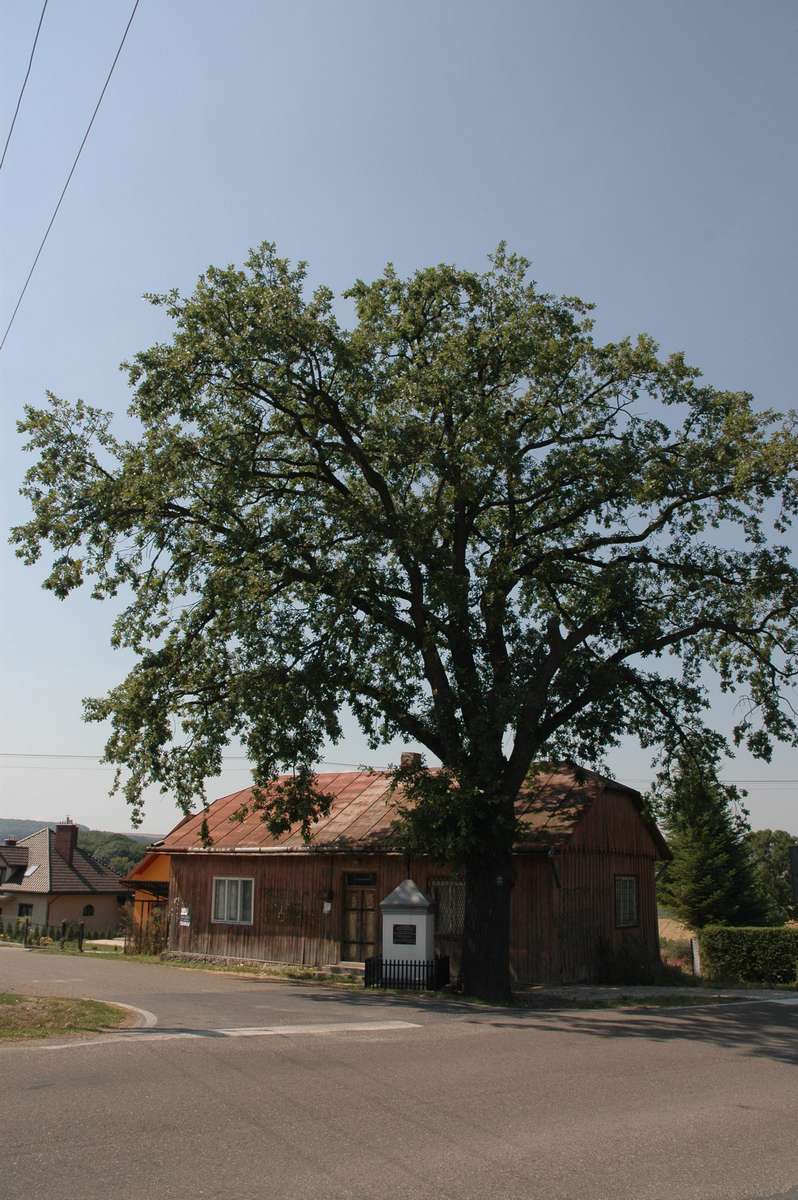 The monument was erected in 1783, on the centenary of the Siege of Vienna. It bears a plaque on the front with the inscription: “To serve as a memorial to the Polish King Jan III Sobieski on the hundredth anniversary of the victory at Vienna the residents of the village Rokietnica erect this monument in 1783.". Below, there is another inscription, saying: “Plaque was renovated and reconstructed in the jubilee of the 600 anniversary of the parish 29.06.2000”. The original plaque was destroyed by the Nazis during
World War II. A mighty oak called “Husarz” grows by the monument. The name – referring to a Polish cavalry officer – was officially given to the tree by the students of the Middle School in Rokietnica in June 2014.

According to another source, the shrine was founded in 1883, with a repeated date.