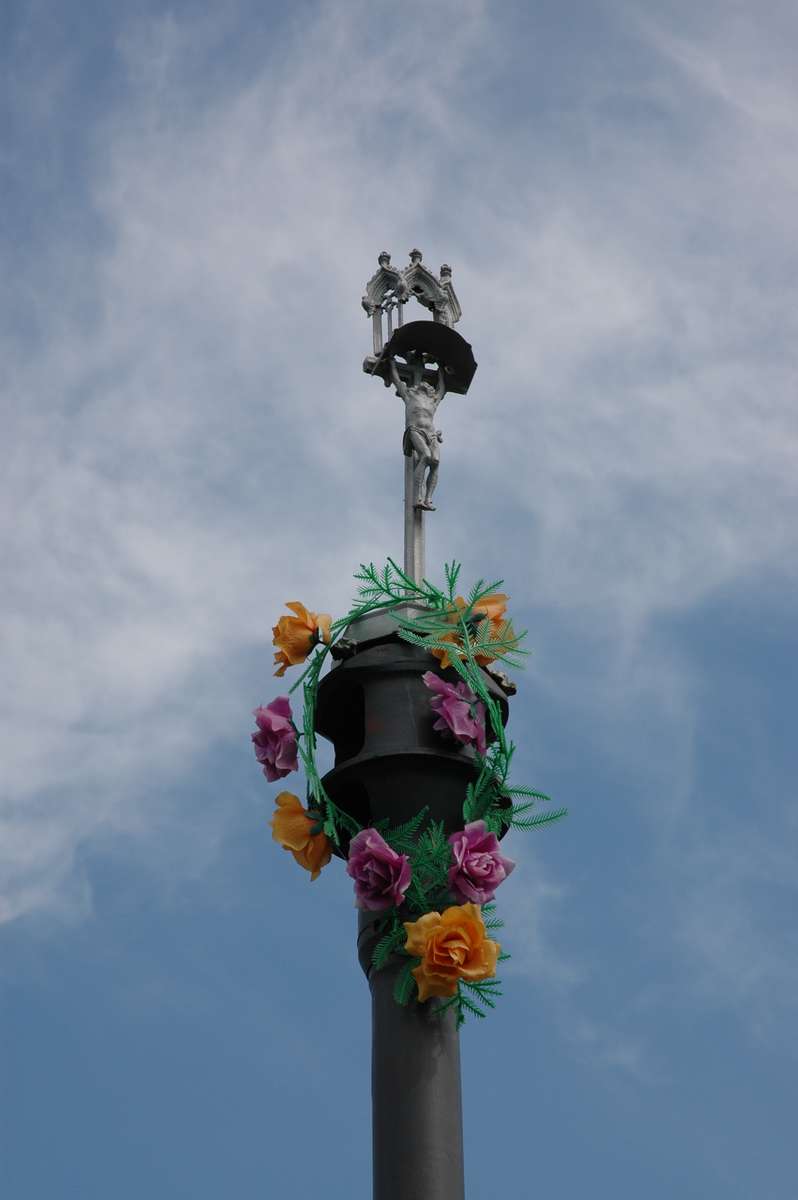 The shrine is based on a perfectly preserved barrel of a 75 mm PaK 40 anti-tank gun, which used to be mounted onto a German Marder III tank destroyer. According to the locals, the destroyer was damaged and abandoned in the fields in July 1944, when the German army was retreating under the Soviet pressure. After the German troops left for good, inhabitants of the village used the barrel of the defunct machine as a base for the figure of Crucifixion. The author of the idea for such a shrine was Kajetan Potoczny.