Complex of the Parish Church of St. Michael the Archangel in Michałówka (Municipality of Radymno)

Complex of the Parish Church of St. Michael the Archangel in Michałówka (Municipality of Radymno) Super User 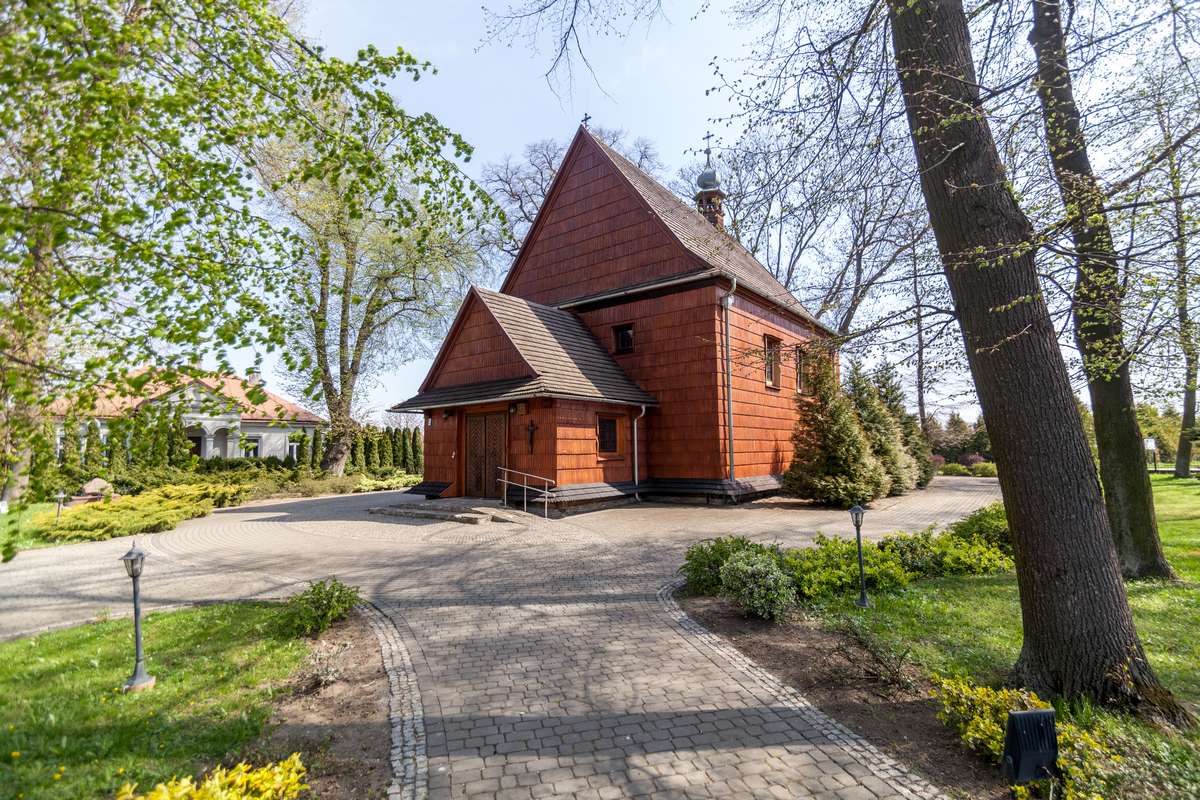 The church was built in the years 1763-65 with funds from Józef Drohojowski, the then owner of Michałówka and nearby Duńkowice. In 1828, it was consecrated by the Przemyśl bishop, Jan Antoni Potocki.

The church was heavily destroyed during World War I and then rebuilt in 1916. The body of the building was changed significantly at that time: the roof height got reduced, the presbytery became closed off with a straight wall and covered with a low, multi-hipped roof. The church suffered more destruction in the course of World War II. That’s when it was used as a stable for horses. The church was renovated several times, first thanks to the efforts of Fr. Marian Fedyk in 1972-1976. The works involved reconstructing the side nave and the presbytery, creating a wall painting and adding new equipment. In 2000, the roof structure was renovated. The years 2008-2009 saw a thorough conservation, initiated by Fr. Krzysztof Szczygielski.

The wooden church of St. Michael the Archangel is an oriented log wall post-and-plank structure, made of oak wood and embedded on a stone wall base. The interior of the church is decorated with an illusionist neo-Baroque wall painting. The side nave are separated from the main nave with columns. Along the western wall there is a music choir.

On the western side of the church, close to its front, stands a wooden belfry. It was built after 1915, on the site of the original one which got destroyed as a result of World War I. 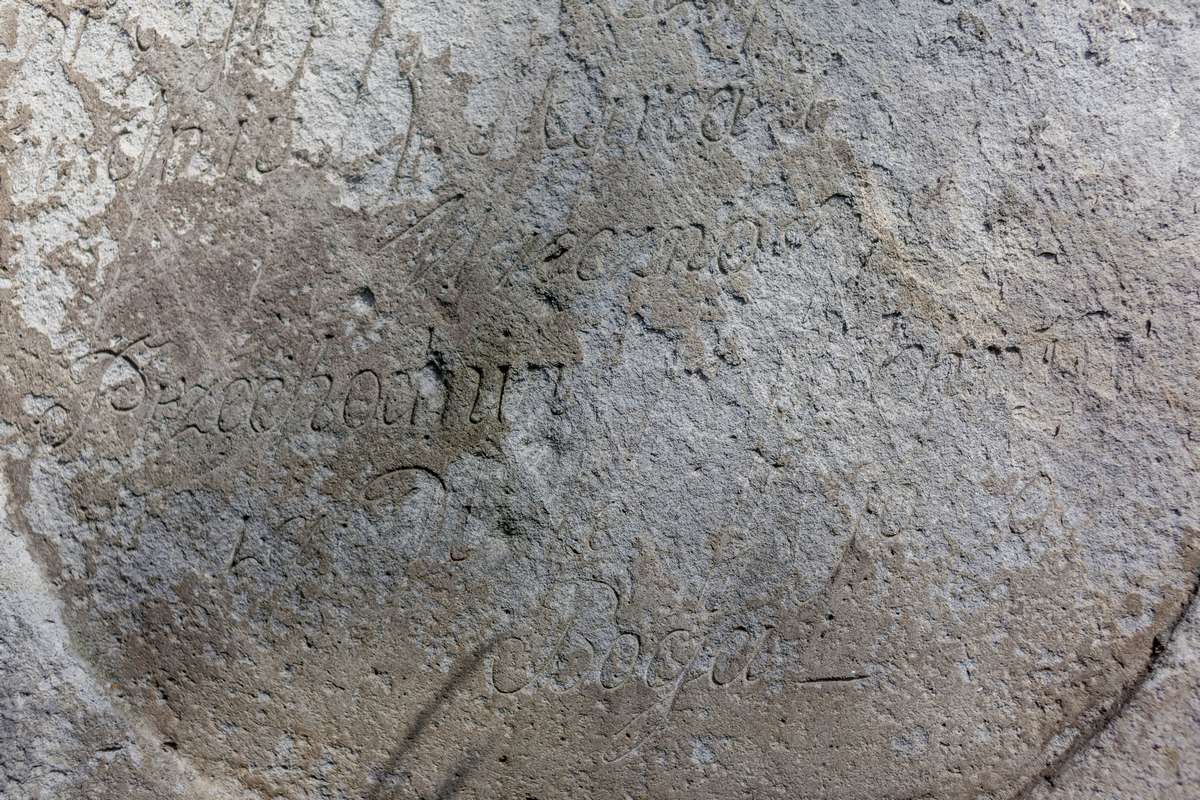 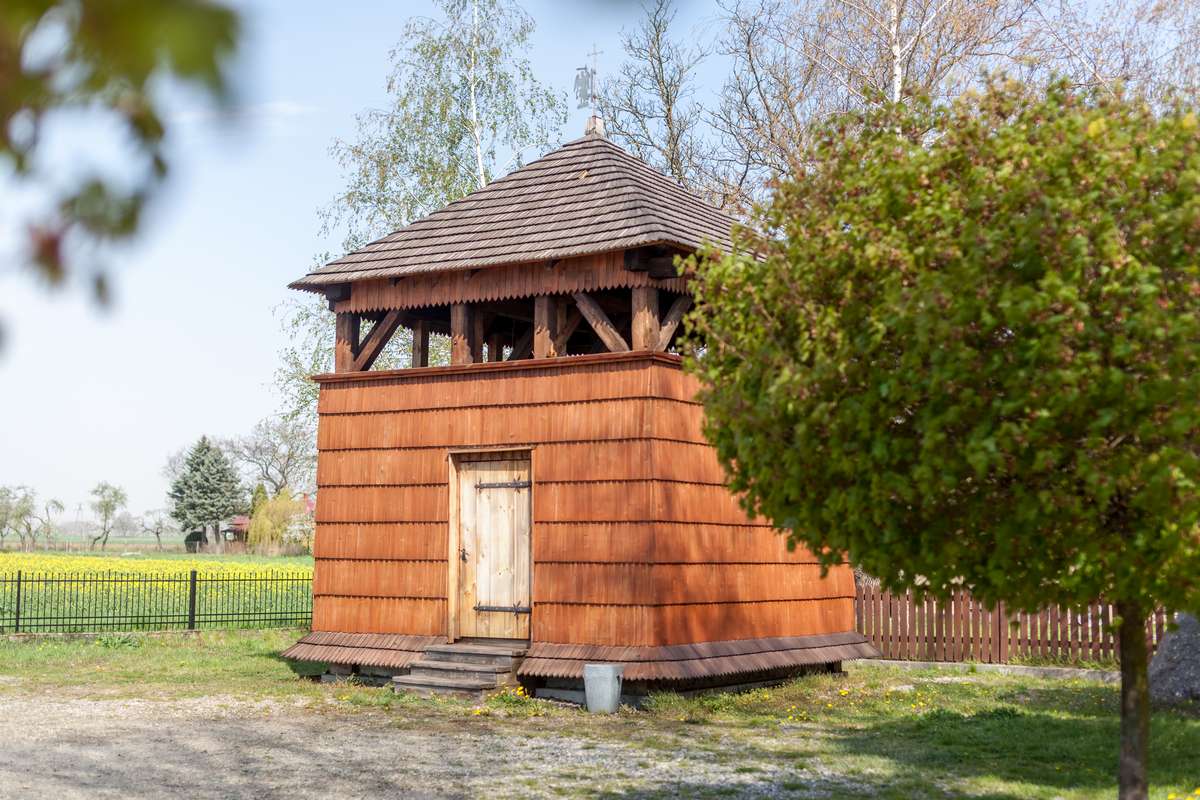 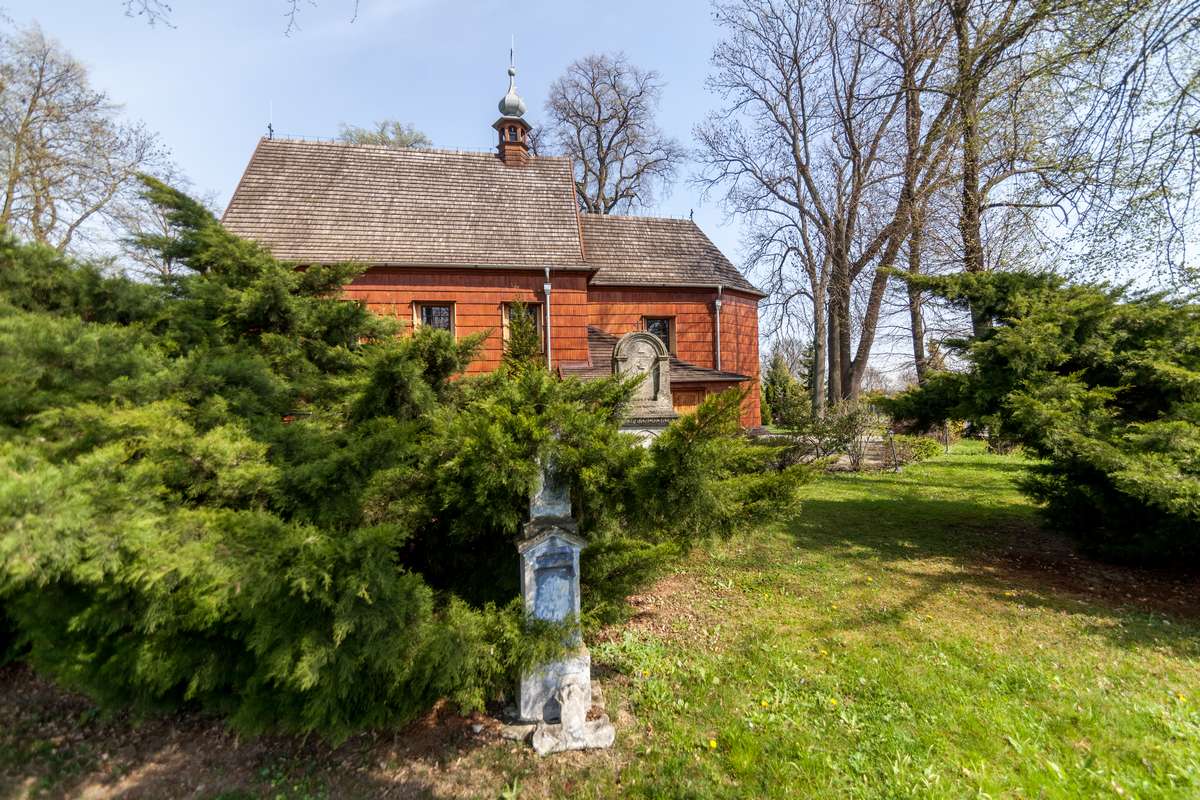