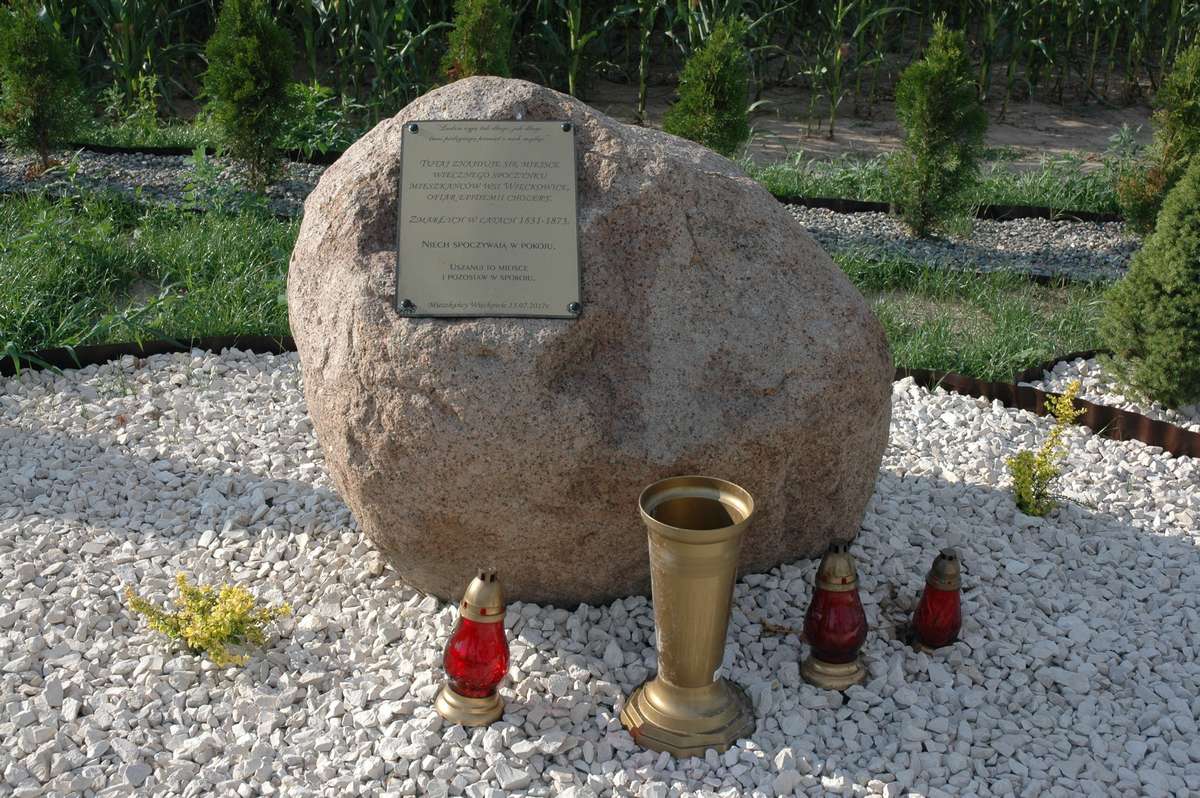 The cholera pit is located on a hill called Księża Góra at the elevation of 266 m above sea level. A lonely pine growing by the pit provides a good landmark.

The original burial place was established in the 19th century, when cholera pandemics troubled both Poland and the whole of Europe. In Poland, it spread the most after 1831, when it had been “imported” by the Russian soldiers during the November Uprising. Factors favouring its development included: poverty, lack of medical care and medications, and above all, a very low level of hygiene. In lieu of medications, the prescribed measures included: turpentine oil, horseradish, garlic, or different herbs. In these areas, the incidence of cholera was very high. It is said that even every tenth inhabitant died of cholera. The dead were buried on a specially designated area away from the village, most often in a mass grave, and the bodies were covered with lime for disinfection.