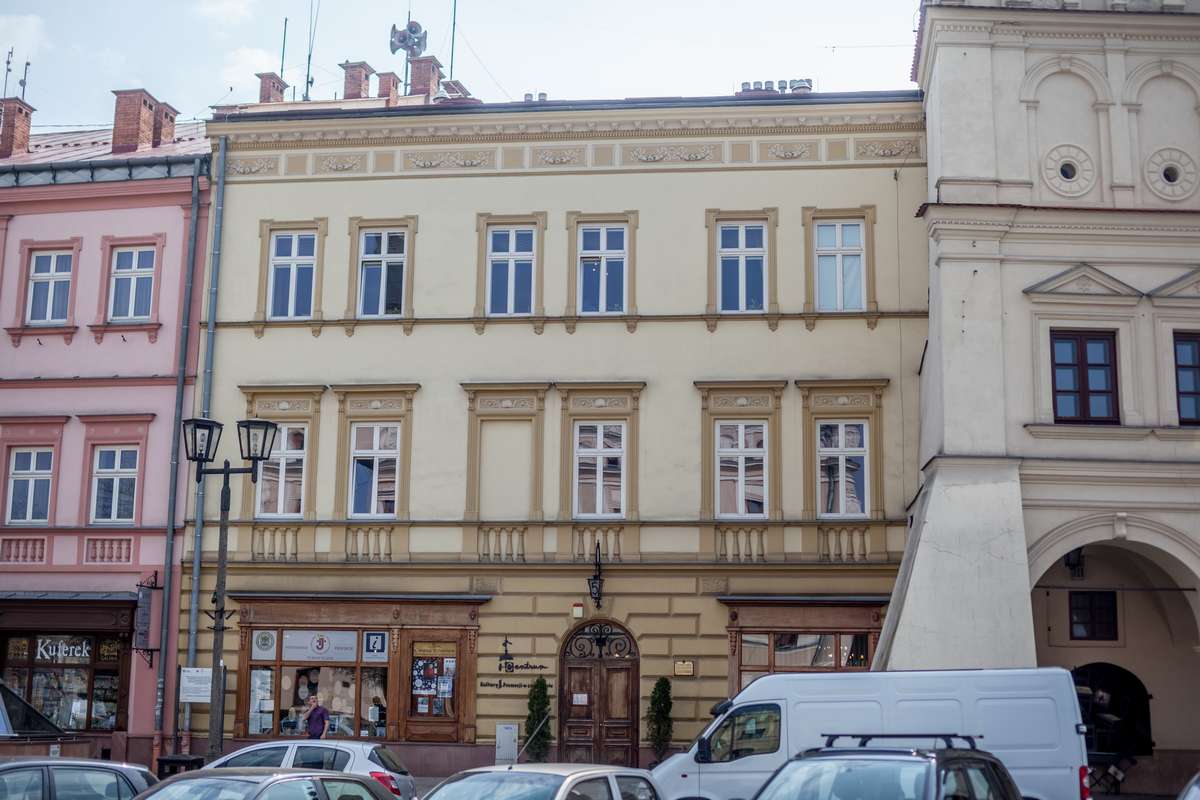 The Attavanti tenement house is a 16th century building which owes its name to the Italian merchant Juliusz (Giulio) Attavanti, who bought it from the town after the 1625 fire, and had it thoroughly rebuilt and renovated. In the following centuries, the house underwent several reconstructions and renovations, with the most vital one in the late 19th century. That is when the second floor was expanded by building a representative Mirror Room with splendid moulding over it. At present, the building is home to the City’s Culture and Promotion Centre and to a Tourist Information point. Visitors can also go down to the Underground Tourist Passage, which encompasses the cellars of three houses: the Orsetti, the Attavanti and the Gruszewicz tenements. The passage is 187 metres long, and its deepest point lies 5.6 metres under the surface of the square. It consists of 11 exhibition rooms presenting the rich history of Jarosław, including: ceramic products, a 16-17th century kitchen, hunting, town fairs, paleonthology, the archaeology of the San River, the story of saving the Old Town, and a miniature model of Jarosław. The opening took place in 2015.