Complex of the Greek Catholic Church of the Transfiguration of Our Lord in Jarosław (ul. Cerkiewna 3)

Complex of the Greek Catholic Church of the Transfiguration of Our Lord in Jarosław (ul. Cerkiewna 3) Super User 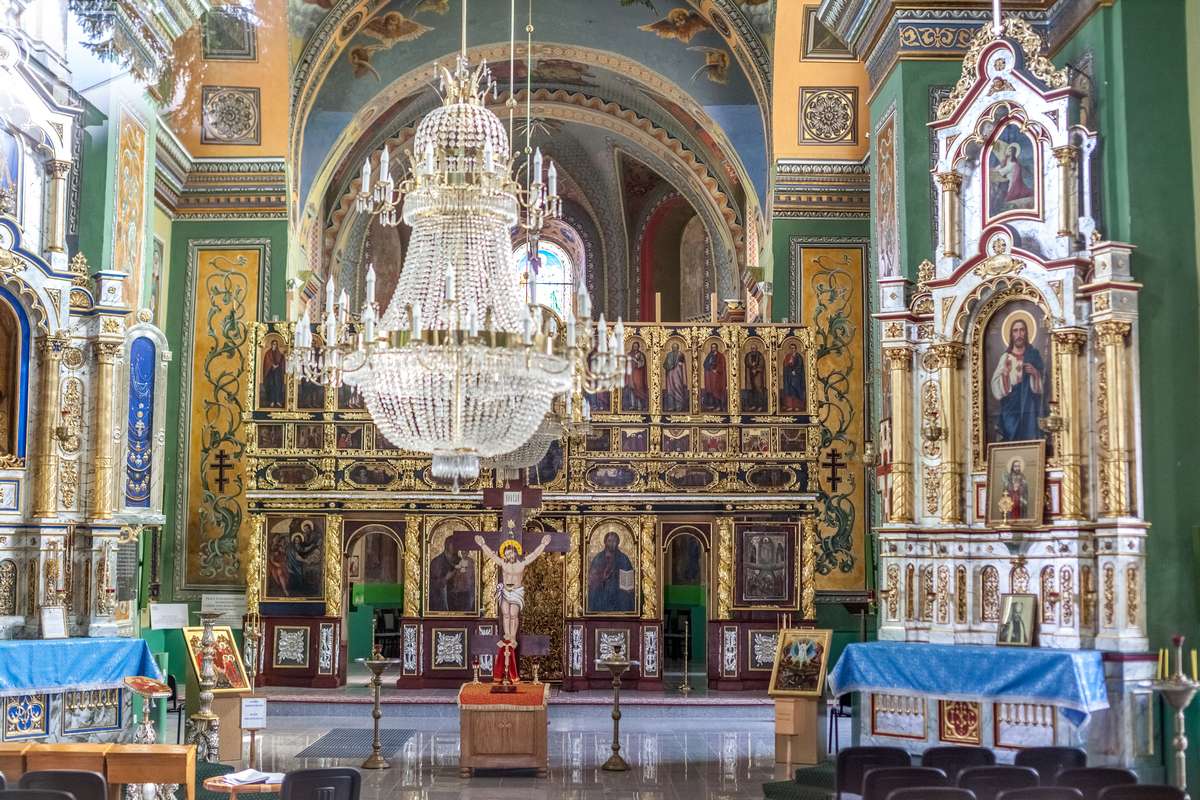 The church was built between 1717 and 1749 with the funds provided by the Jarosław mayor, Eliasz Wapiński and his wife Pelagia, on the site of the former castle of the town's owners. Originally a single-nave design, in 1911-1912 the church was rebuilt to feature three naves with two towers and a dome.

Atop the front elevation, there is a statue of the Crucified Christ, the work of a Lwow sculptor, Teobald Orkasiewicz. The side altar has a 17th century miraculous icon of the Mother of God in the Hodegetria type: Gate of Mercy, crowned with papal insignia in 1996.

Next to the church, there is a stone belfry built in the 19th century. 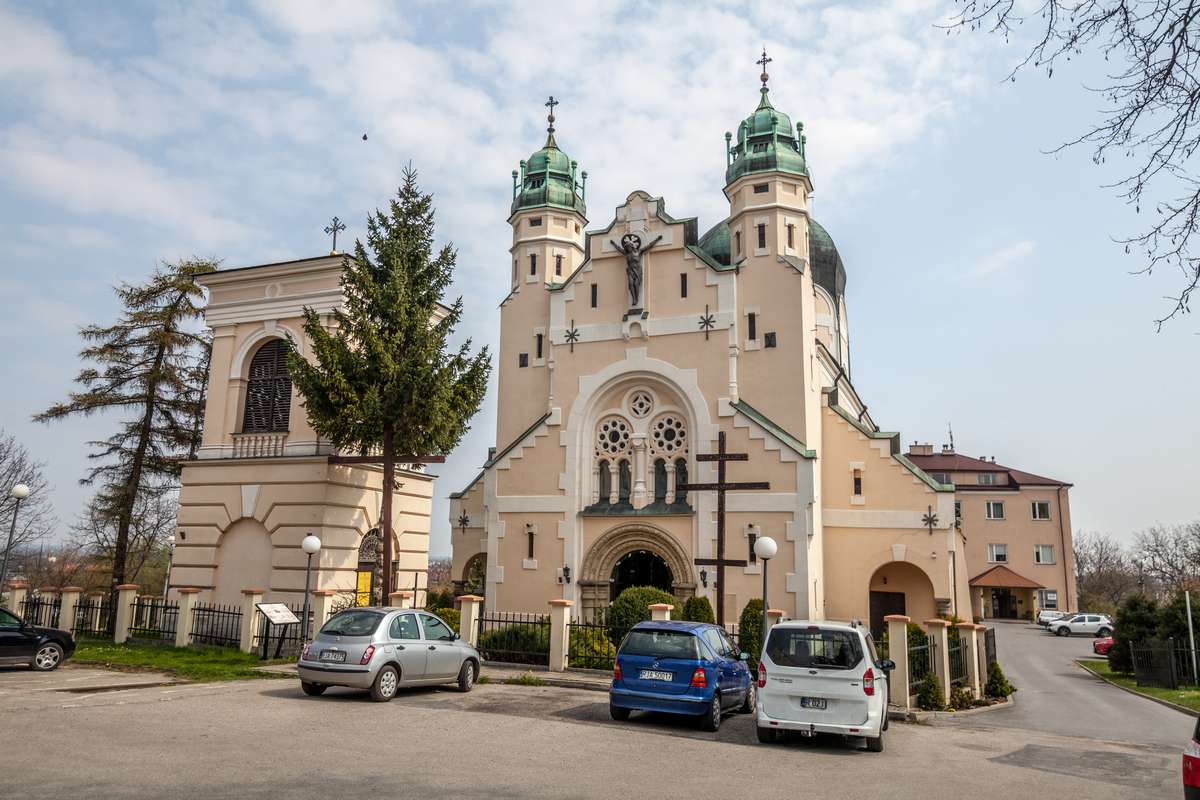 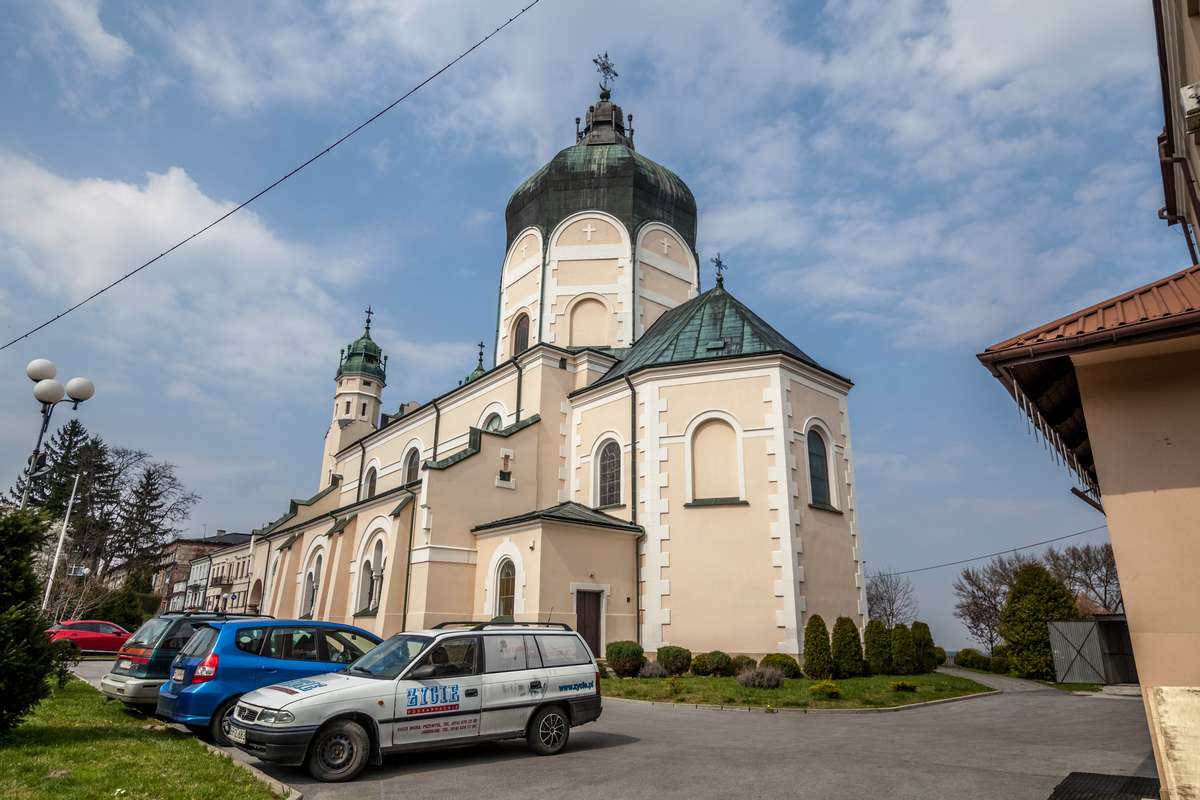 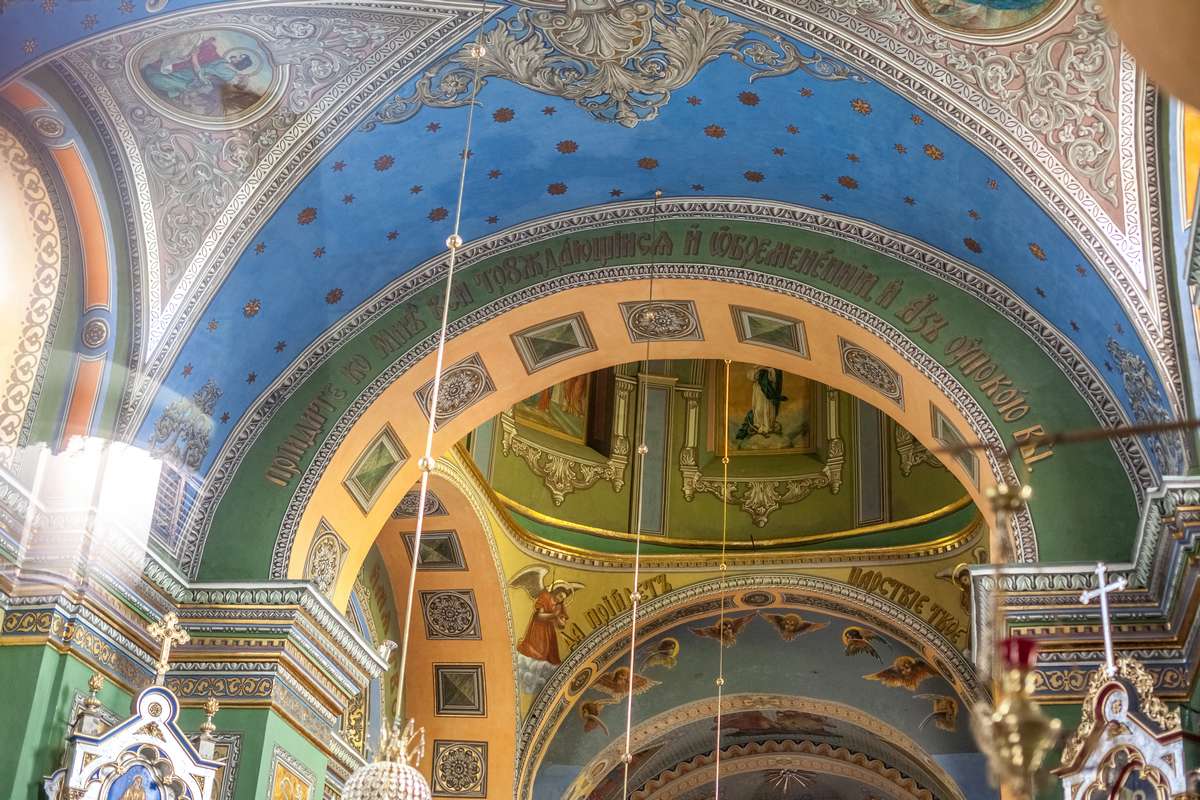