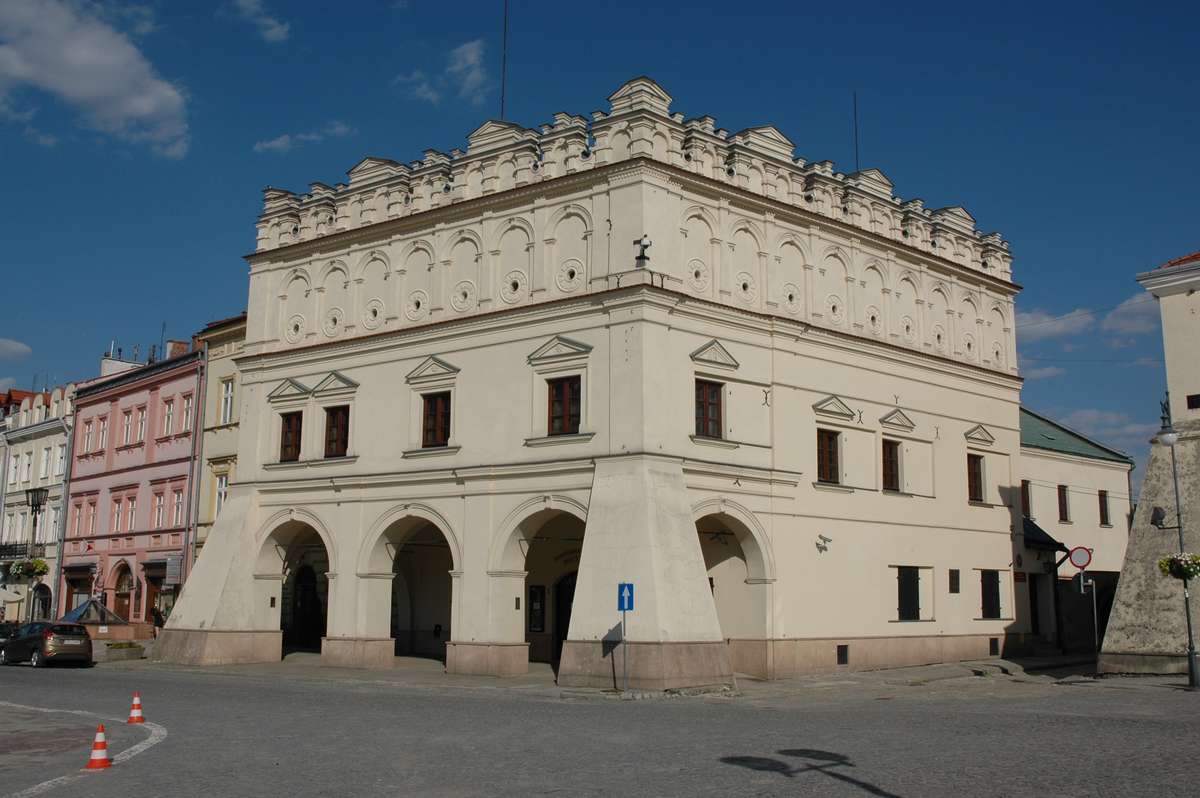 The Orsetti tenement house is situated in the southern corner of the square. The earliest information mentioning a wooden house in this location comes from 1571. After 1581, it was rebuilt in stone through the efforts of the then owner, Jan Raczkowski. In 1585, the house was built by Stanisław Smiszowic, who rented it out to merchants during the fairs in town. It was probably due to the technical condition of the building and its accrued debts that Princess Anna Ostrogska, who owned the town, decided to have it auctioned off. In 1633, the house was bought by the Kraków merchant of Italian extraction, Wilhelm Orsetti, who rebuilt the tenement. The works ended in 1646. As a result, new arcades were added facing the square, with a new floor constructed above them. The old gables hiding the roof were replaced with a decorative attic. In later years, the house changed hands many times. One of the owners at a certain point was the Baroque sculptor, Tomasz Hutter. Until 1945, the tenement was privately owned, and after the war it was used as a museum. At present, the ground floor hall and store are used to display exhibits related to the history of the city and the region.
The grand room, covered with a 17th century wooden ceiling, features artefacts reflecting the character of this sort of room. The first floor exhibitions present historic burgher interiors. The Orsetti tenement features two original walls on display. The front one is more opulent and faces north-west, overlooking the square. The side wall, perpendicular to the façade, opens to the south-west and follows along Trybunalska street.