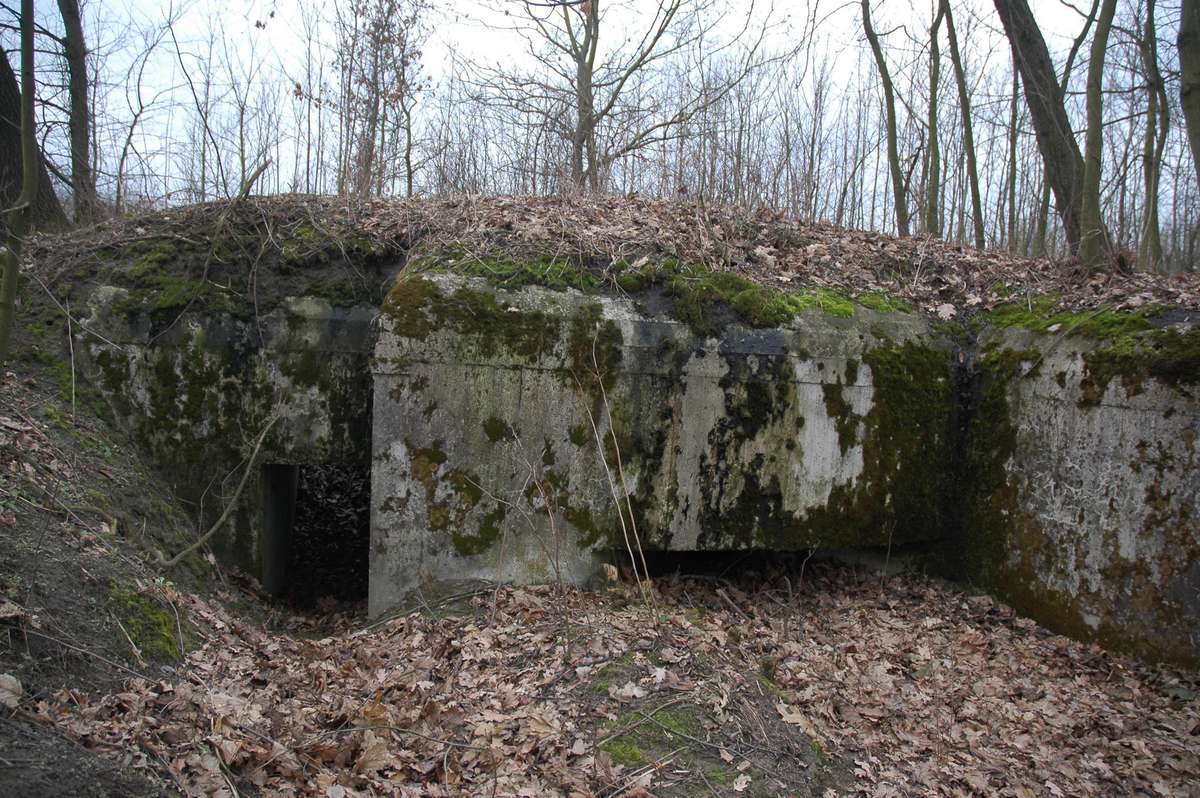 The bunker is located on a private plot. It is buried in an escarpment in the immediate vicinity of the San River. Hidden among the vegetation, it is difficult to spot.

It is a field bunker for machine gun flanking fire. It was armed with
1 MMG on a field base. The bunker belonged to the first line defence system designed to protect the Rawa Ruska Fortified Region of the Molotov Line. The system was composed of flanking fire bunkers and weapons mounted on field bases. Depending on the type, these could include a MMG Maxim or 45mm anti-tank cannons.

The Molotov Line was a complex of Soviet fortifications along the border with the Third Reich. The course of the border was agreed upon after the division of Poland by the occupants in 1939, following the Ribbentrop-Molotov Pact.