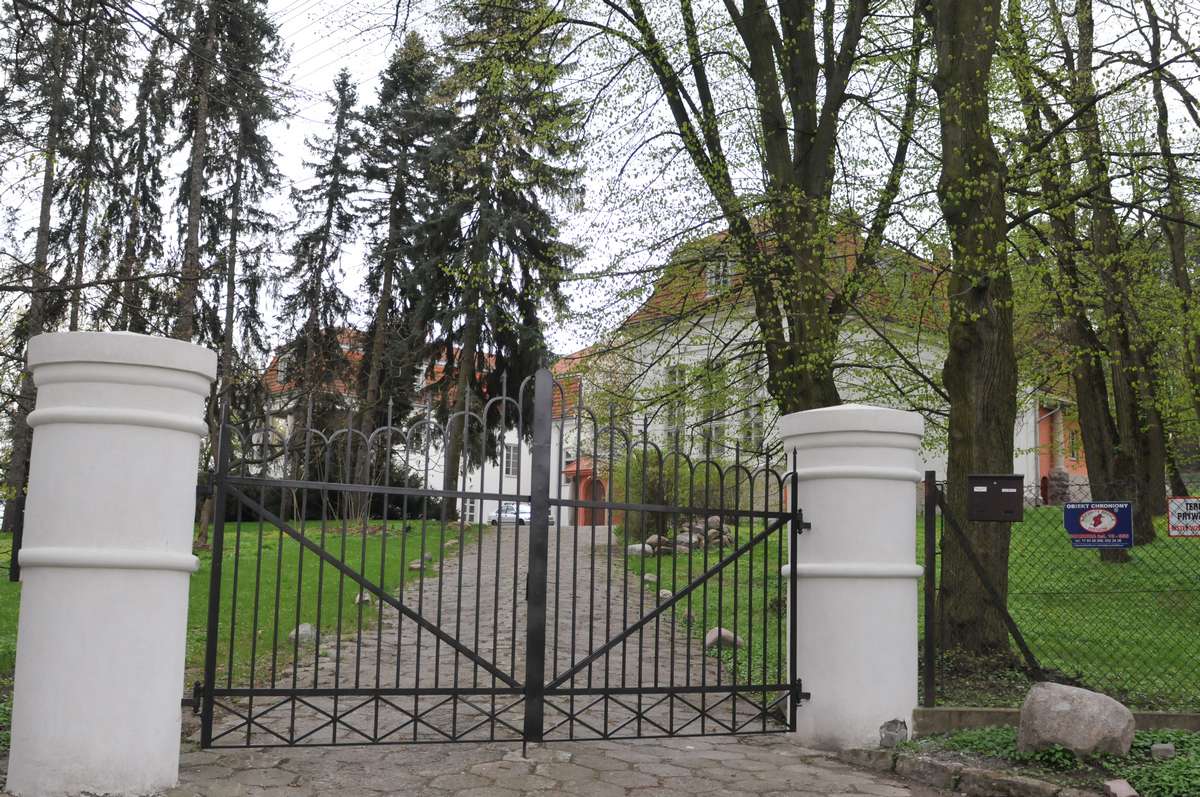 The palace was built according to the project of the Lwow architect, Ludwik Baldwin-Ramułt. The old manor house was built upon and extended by adding another wing. In 1912-1913, an even more significant expansion of the palace was designed by the Kraków architect of the modernist period and the creator of the Society of Fine Arts in Kraków, Franciszek Mączynski. His design involved giving the residence a neo-Baroque character. The last owner of the property was Włodzimierz Czartoryski.

During the war, the palace suffered serious damage in 1944, but was rebuilt afterwards and adapted to house a nursing home. Built in the style of a Swiss castle, the palace has an eclectic style with elements of neo-Baroque. Perpendicular side wings were added to the main body from the front. The building had its own chapel, and the palace was arranged with furniture, parquet floors and fireplaces imported from the residences of the Czartoryskis in Weinhaus near Vienna. Little of the original furnishings has survived until the present day. Near the palace, there is a park from the 16th century, transformed by its successive owners. After being re-arranged and enlarged by Witold Czartoryski, it is currently an English style garden. The area of the park is approximately 18 ha, and it spreads over the slope of a nearby hill.
The central part of the park was planted with many exotic trees such as magnolias, chestnuts, Douglas-firs and Eastern hemlocks. English oaks grow here too, along with littleleaf linden trees and several Swiss stone pines, as well as woody beeches and yews. In the lower part of the park, there are spacious meadows with ponds. Some farm buildings from the 19th and 20th centuries also survive: an administrator’s home, a storage house, a stable, a shed and a gardener's house. In 2012, the palace-and-park complex again became the property of the Czartoryski family.