Greek Catholic Church of the Ascension in Hawłowice (Municipality of Pruchnik) 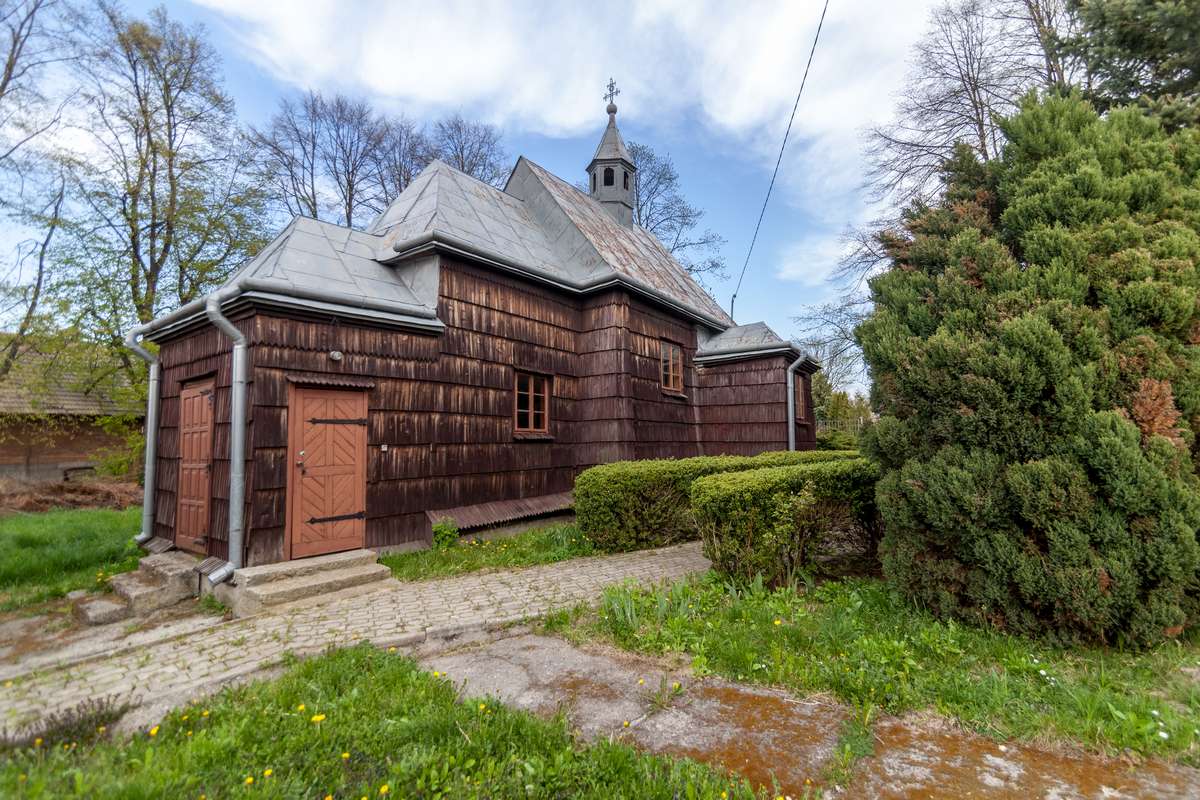 Built around 1683, the former Greek Catholic church was founded by Andrzej Maksymilian Trzciński, supposedly as a votive offering for the victory in the Battle of Vienna. On 12 September of the same year, the church was consecrated by the ordinary of the Przemyśl eparchy, Jan Małachowski. The Orthodox church was repeatedly reconstructed and renovated, with the most important changes taking place in 1863 and 1912.

After 1947, it was used as a Roman-Catholic Church of the Holy Apostles Peter and Paul, a branch of the parish in Pruchnik. Since 2007, when a new church was built in the village, it has been used sporadically.

It is an oriented log wall building on a three-piece plan. The presbytery is rectangular, the nave is wider and taller, with the vestibule similar in size to the presbytery. The presbytery is separated from the nave with what remains of the iconostasis wall, cut in the middle. The remaining icons on the wall include the Deesis row with Christ Pantocrator, a fragment of the Prophets row and the icons of St. Joseph and the Virgin Mary with Child. The presbytery has an altar with a Theotokos image.

Under the church, there is the crypt of the collators, in which the owners of Hawłowice Górne lay buried, including Tadeusz Zaklika, his son Edward with family, Adam Rola Wolski and his brother Eustachy (who was the last person buried in the crypt in 1927).