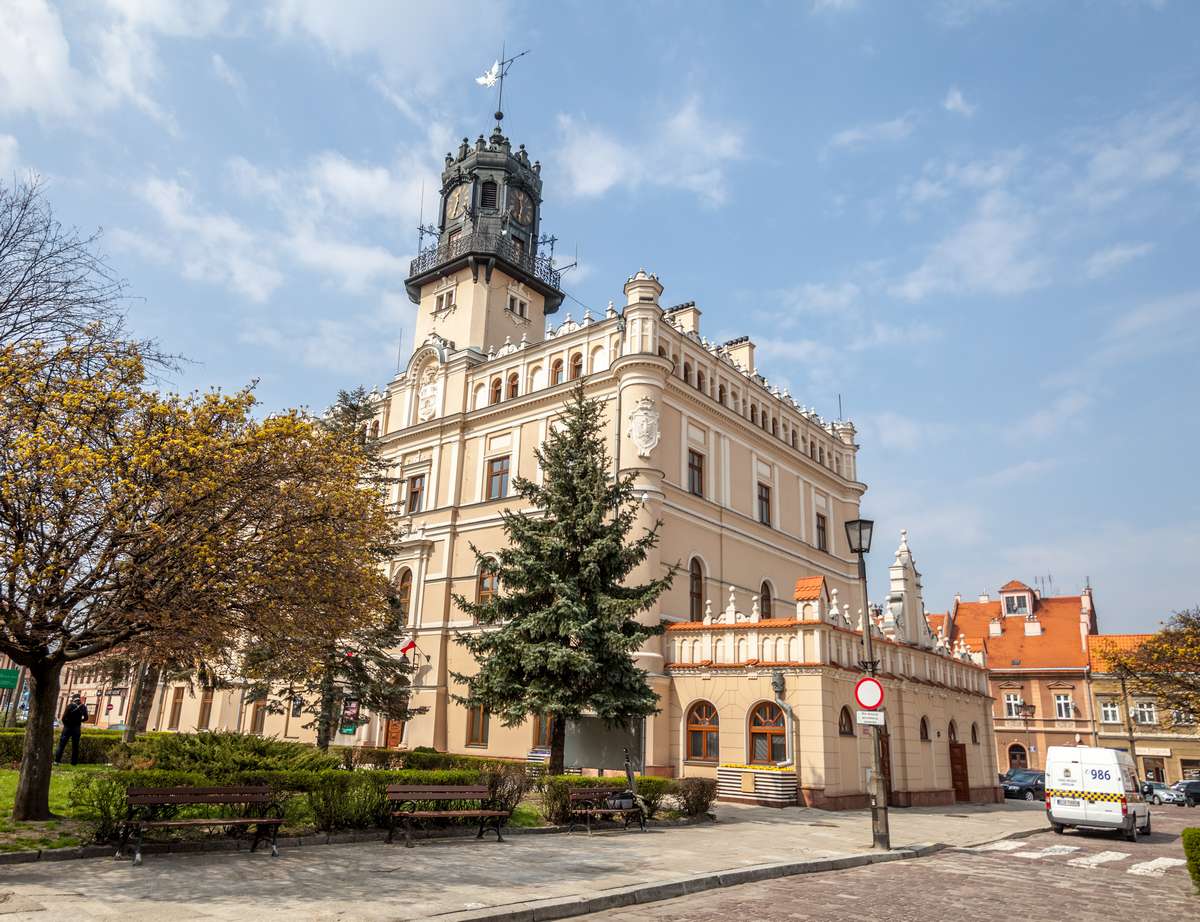 The first Gothic building made of wood and serving the town as its town hall stood here as early as the 15th century. This is confirmed in numerous historical sources.

After the fire in 1625, it was remodelled as a two-storey Baroque edifice. The years 1782 – 1852 brought great devastation to the building, as it was used for military storage by the Austrian army. After the town authorities recovered the building in1852, a complex reconstruction in the neo-Renaissance style began, following the designs of Doliński and Kotłowski. The works went on from 1895 until 1896. In 1900, a town jail was added, adjacent from the east. In 1906, the building was further extended by adding the western part, with an Art Nouveau room for council meetings on the 2nd floor. The Jarosław Town Hall has a square clock tower with a Viennese Liebing clock from 1896, which has remained functional until this day. The tower has cut corners, with a metal balustrade running around at its midway. The clock faces are situated right above it. The tower is topped with a spire with a metal ball and a weathervane with an eagle and an arrow. At present, the Jarosław Town Hall building serves as the seat of the city authorities. 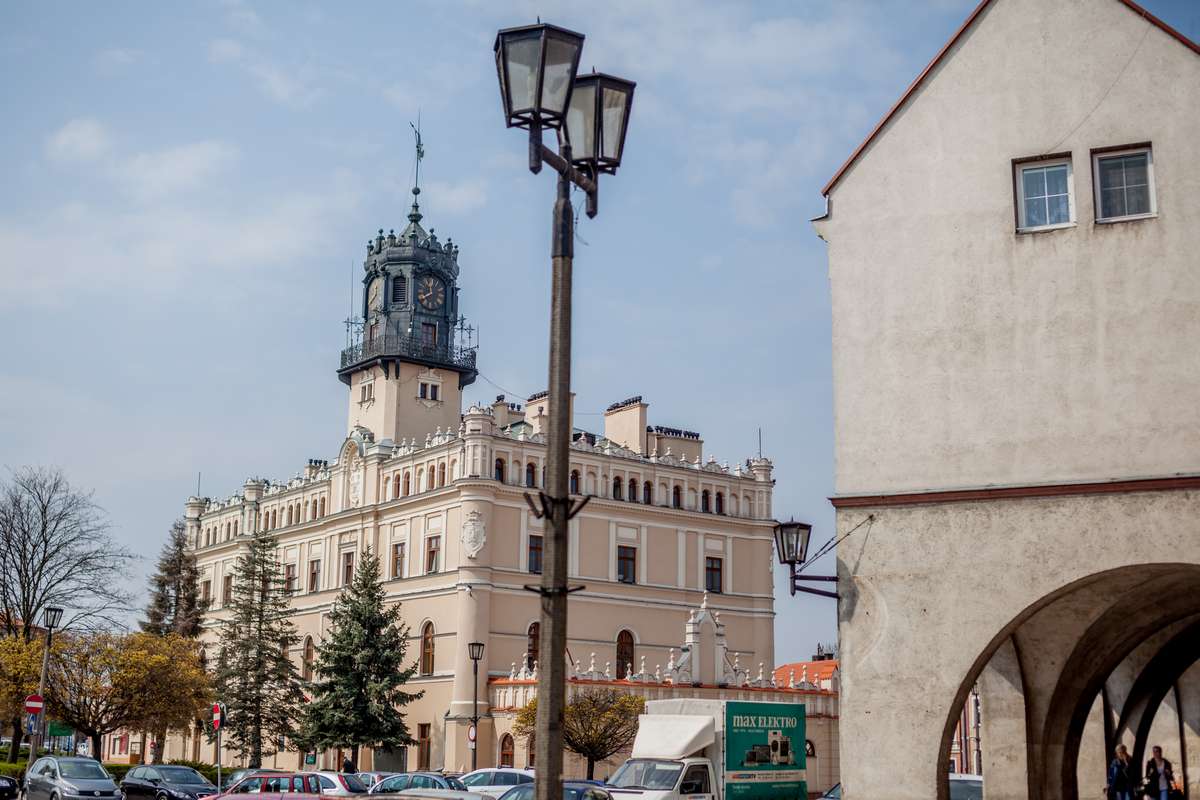 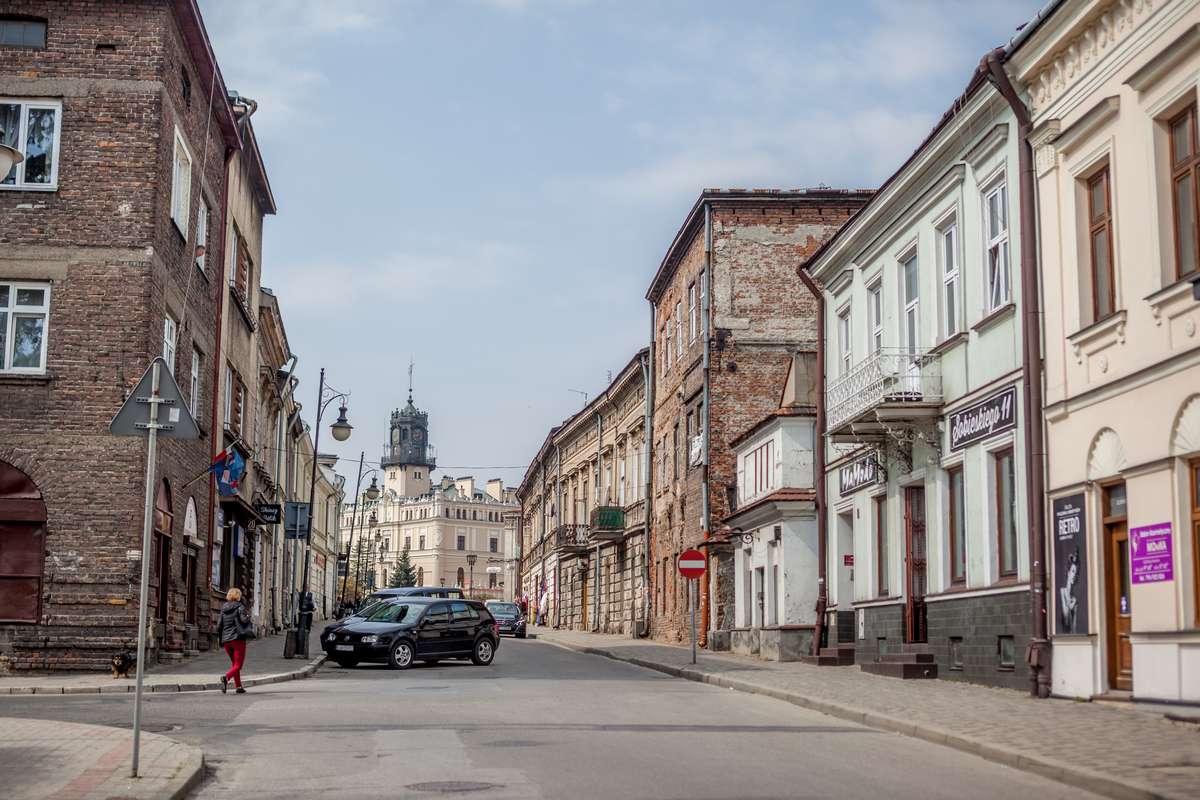 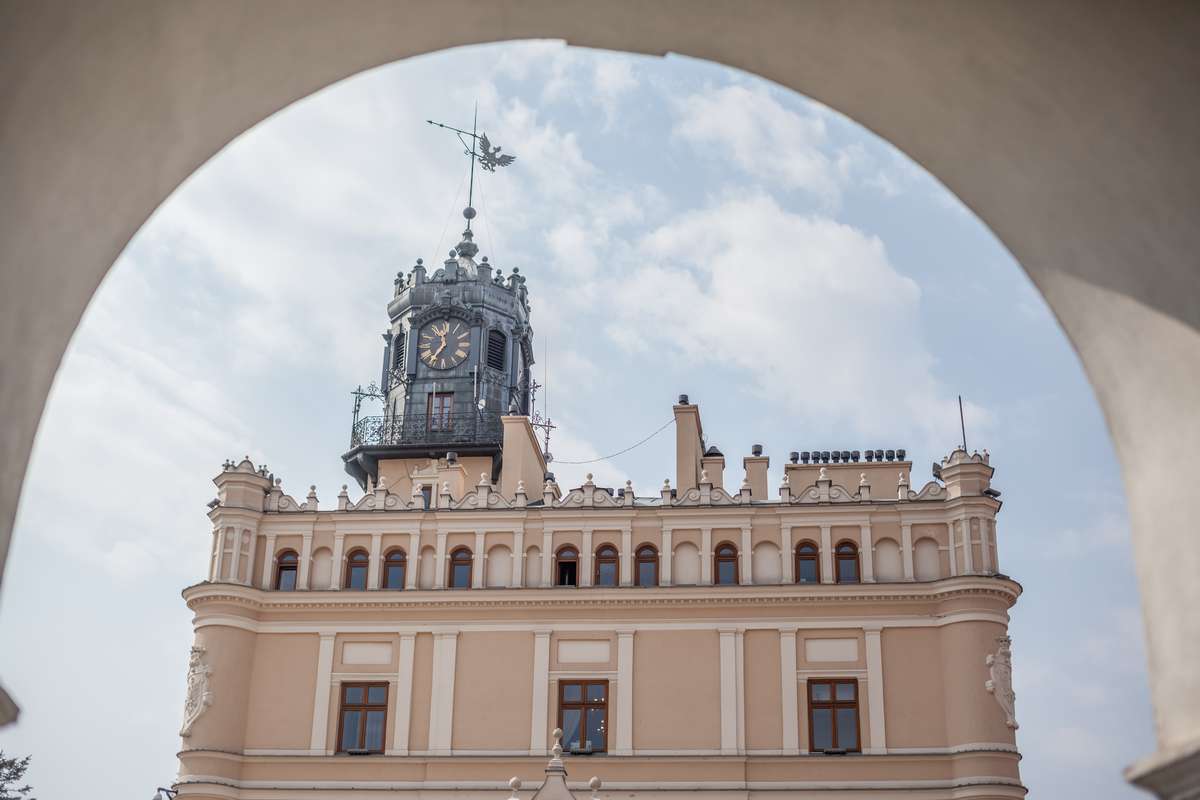