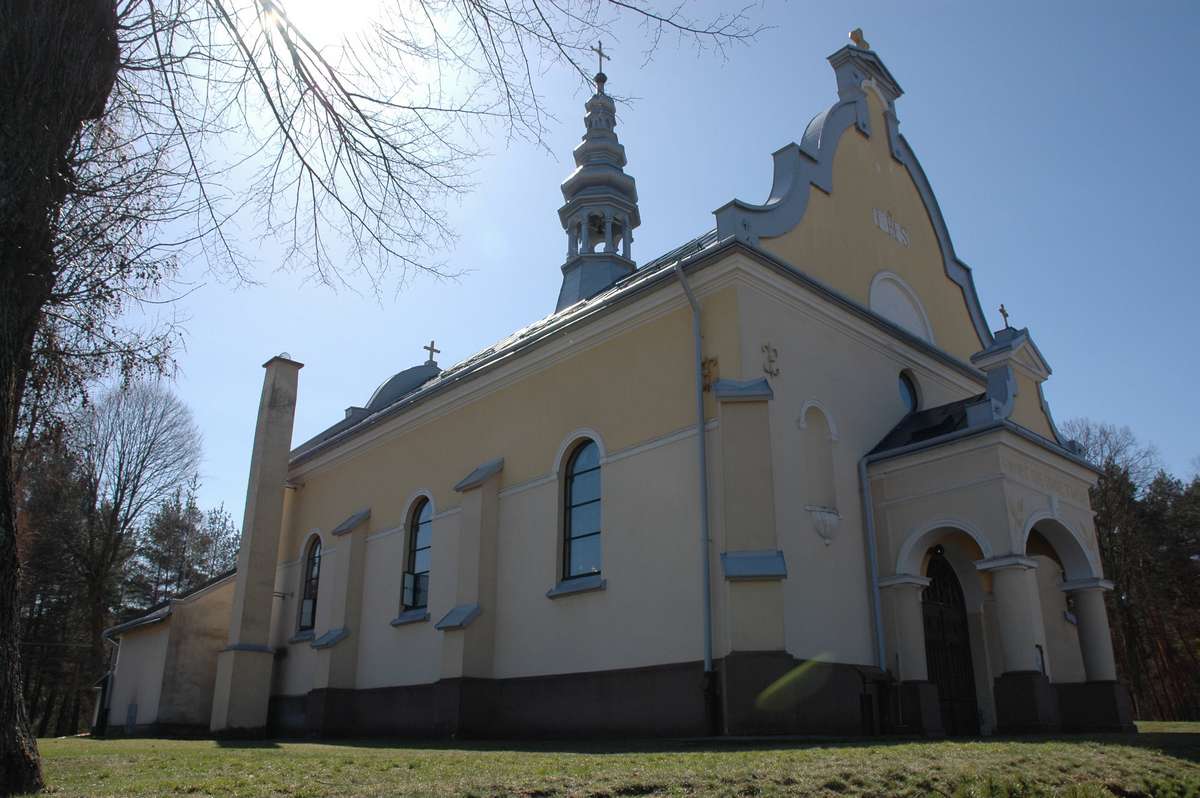 The church was built in the years 1920 - 1926 and consecrated in June 1927, as evidenced by the inscription on the front wall just above the entrance to the church – “R.P. 1927” (“Anno Domini 1927”). It was seriously damaged on 22 June 1941 during a confrontation between German troops and the Soviets withdrawing from Sieniawa. In 2013, the church was comprehensively renovated. The main altar is believed to come from the former Orthodox church in Jarosław (today's Czesława Puzon Park), while the side altars are from the Orthodox church in Sieniawa.

Next to the church, there is a belfry with three bells. The first one bears the name
"Bogdan". Inscribed in the Cyrillic alphabet, it comes from the Orthodox church in Zapałów. The second one comes from the Jarosław Orthodox church, and the third one was cast from the remains of bells from other churches in 1915.

The first church had stood on this site as early as 1583, and was built of larch timber. It was constructed by the Jesuits, encouraged by Anna Ostrogska, therefore the dedication to St. Anne. The original church was similar in size to the current one. Unfortunately, it was burned down in World War I, or more precisely at the night of 18/19 May 1915.