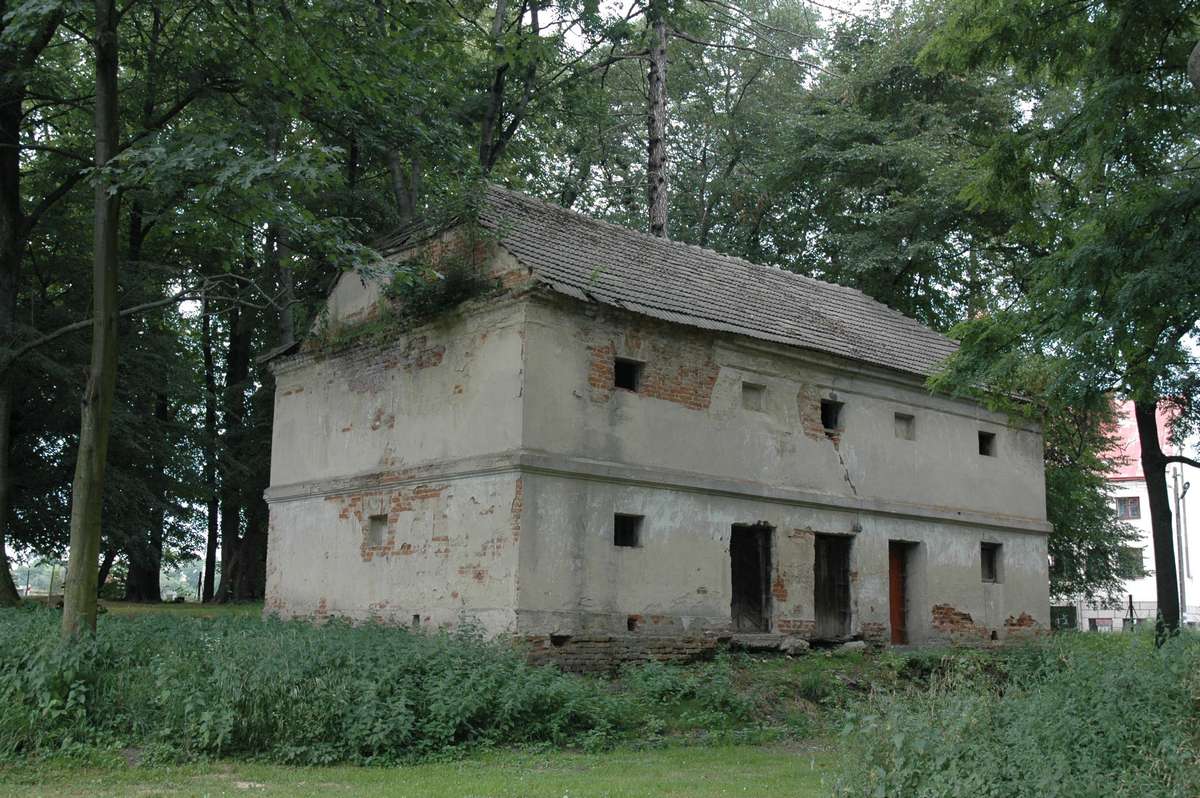 The central part of the complex is the manor house built or rebuilt around 1850 by the Grodzicki family, and then expanded in 1910. The house is situated amidst multi-axis landscape gardens with a uniform layout, originating from the second half of the 19th century. A formal driveway goes from the upper gateway to the manor. The road from the farm was also preserved, passing through the lower gateway. In front of the manor’s façade, just behind the lawn, you can see a fragment of the moat which probably belonged to the previous spatial layout. At the foot of a steep escarpment, a flowery meadow stretches on the lower ground floor, well visible from the promenade on the edge of the escarpment. In addition, the park also features a granary from the early 19th century.

These days, the manor complex is home to a primary school.