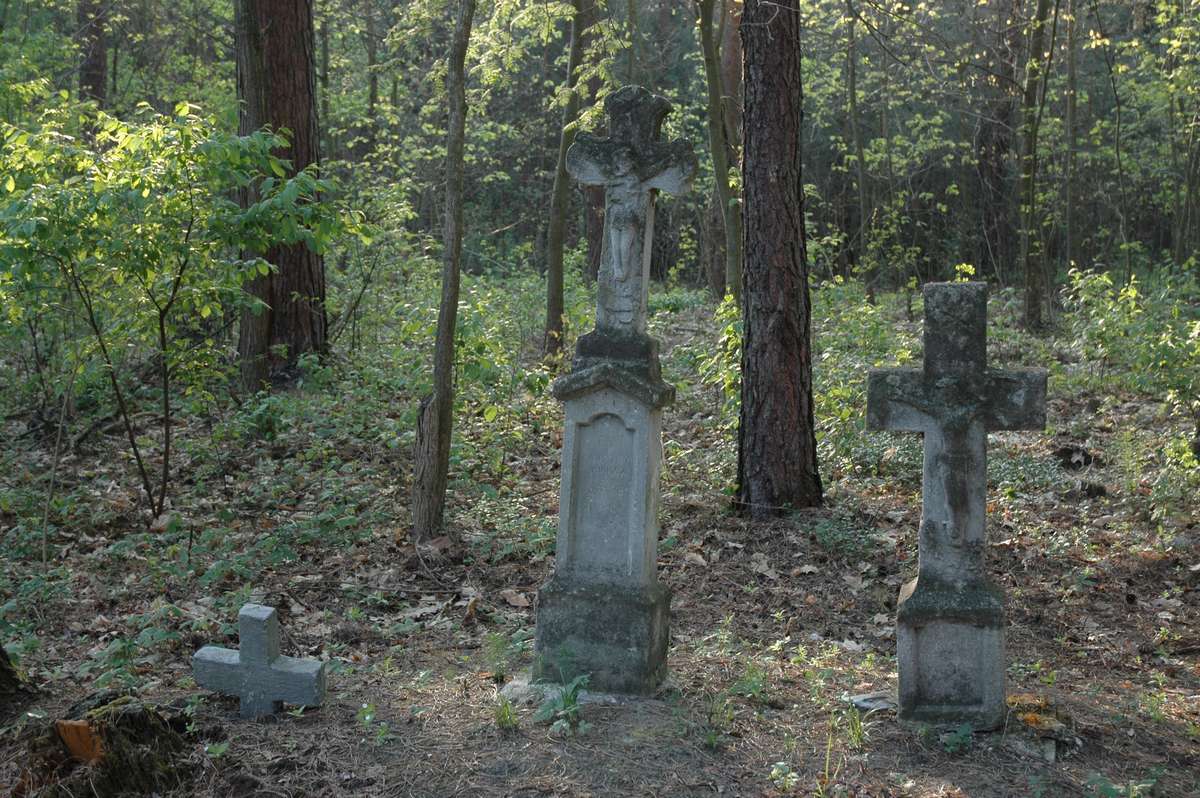 The grave is located in a municipal wood, at an old fork in the road behind the Greek Catholic cemetery. The inscription on the plaque says: “Here lies one who loved the Homeland more than his own life... Died of wounds suffered in the January Uprising in 1963.”

Initially, the volunteers from the Jarosław land would head towards Kraków, from where they were directed to military camps. Later on, more similar recruitment points were created in northern Galicia. The convenient location of the Jarosław District at that time was used to transport military equipment, food and clothing across a long-stretching enemy cordon. The wounded would also be moved in this way and placed in nearby manor homes. The Austrian-Russian cordon was also crossed by volunteers who wanted to support the uprising actively.

This grave commemorates one of the many active participants of the 1863 attempt at regaining independence, who came from the District of Jarosław.