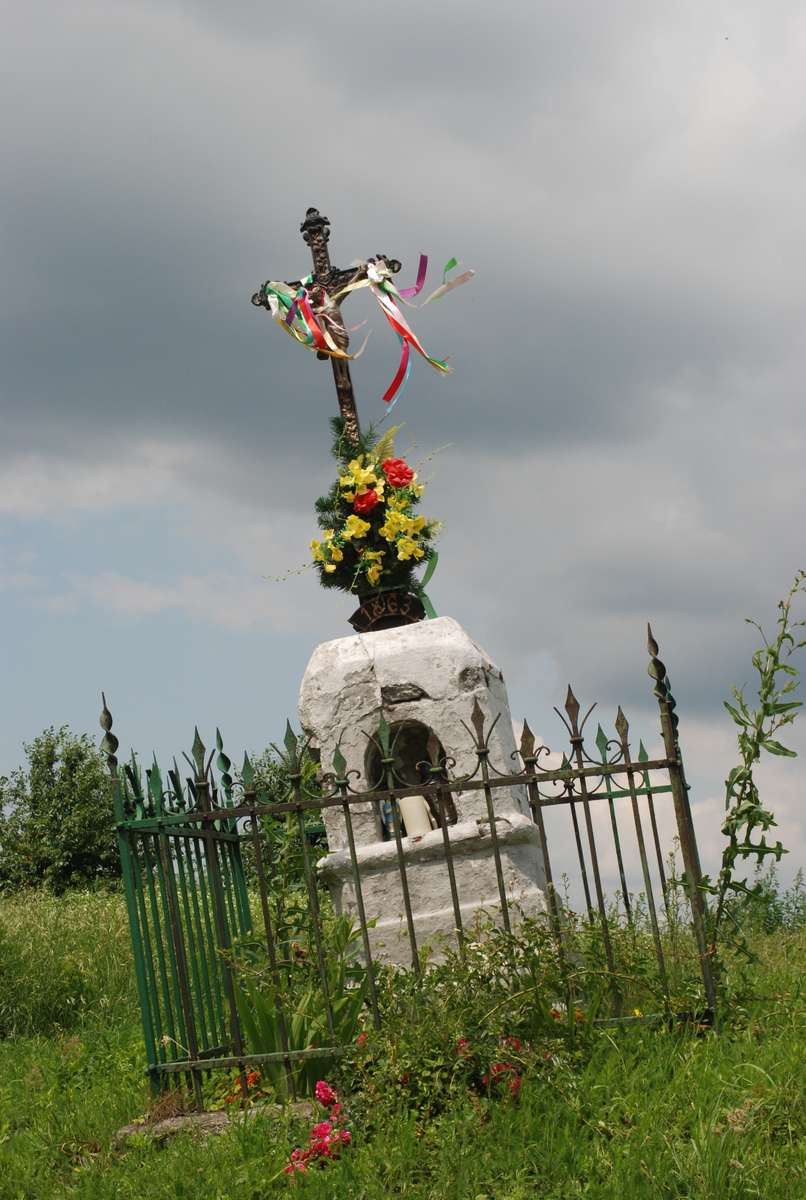 The shrine was constructed in the form of a plinth topped with a cast iron cross with a plaque at its foot spelling out the date 1863. It commemorates the place where on 2 February 1863 a January Uprising participant froze to death, sent from the manor house in Skołoszów to Kaszyce. Originally, a wooden cross was placed here, later replaced by a stone shrine with a cross. It was consecrated on 11 November 1888, on the 25th anniversary of the outbreak of the 1863 uprising. The shrine was built thanks to the efforts of Fr. Wojciech Michna, who was the parish priest of Chłopice at that time. An ardent patriot, he was an advocate of Polish independence. We was also supported by Fr. Rudolf Beneszek, the parish priest from Łowce, member of the chapter of the Sanctuary in Loreto. The idea was also supported by the owner of the village Łowce, Gustaw Jahn, who donated bricks for this purpose. Building a shrine in the form of a cross, which was not only an expression of Christian faith, but above all – a national symbol, was not easy. One has to remember that at that time the region was part of the Austrian partition. The cross was renovated by the inhabitants of Lutków to commemorate the 100th anniversary of Poland regaining its independence.