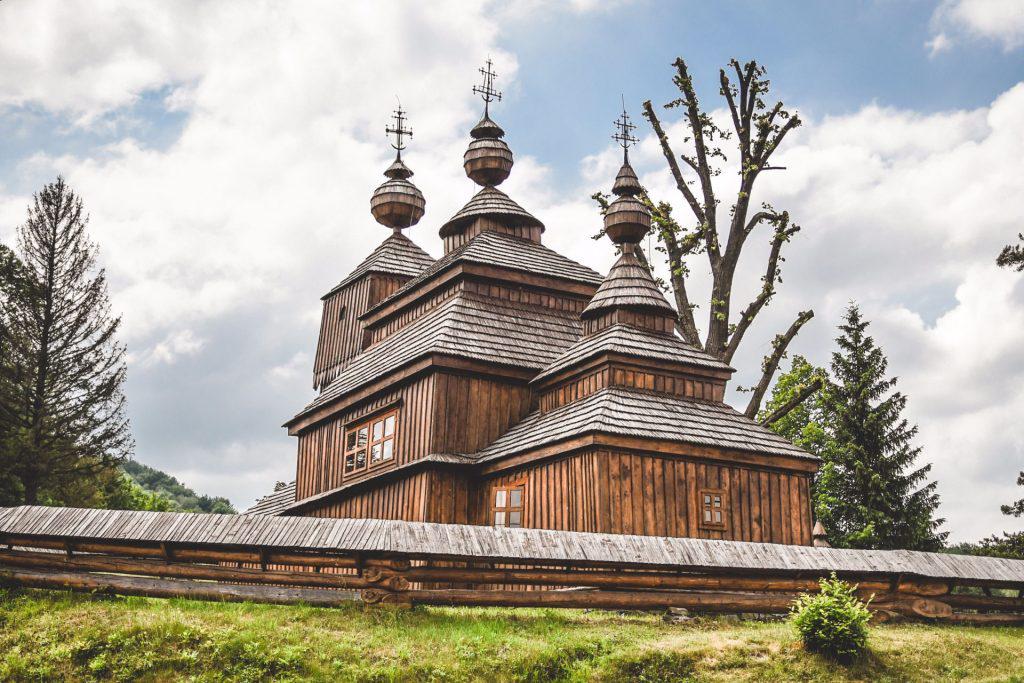 This wooden Greek Catholic church is situated in Bodružal in the Greek Catholic of the Slovak Catholic Archeparchy of Prešov. It was constructed in 1658. It is a Lemko-type church, consisting of three rooms: a nave, a presbytery and a vestibule. This tripartite design is emphasised also on the outside by means of onion-shaped towers of different height. The church was renovated and reconstructed several times.