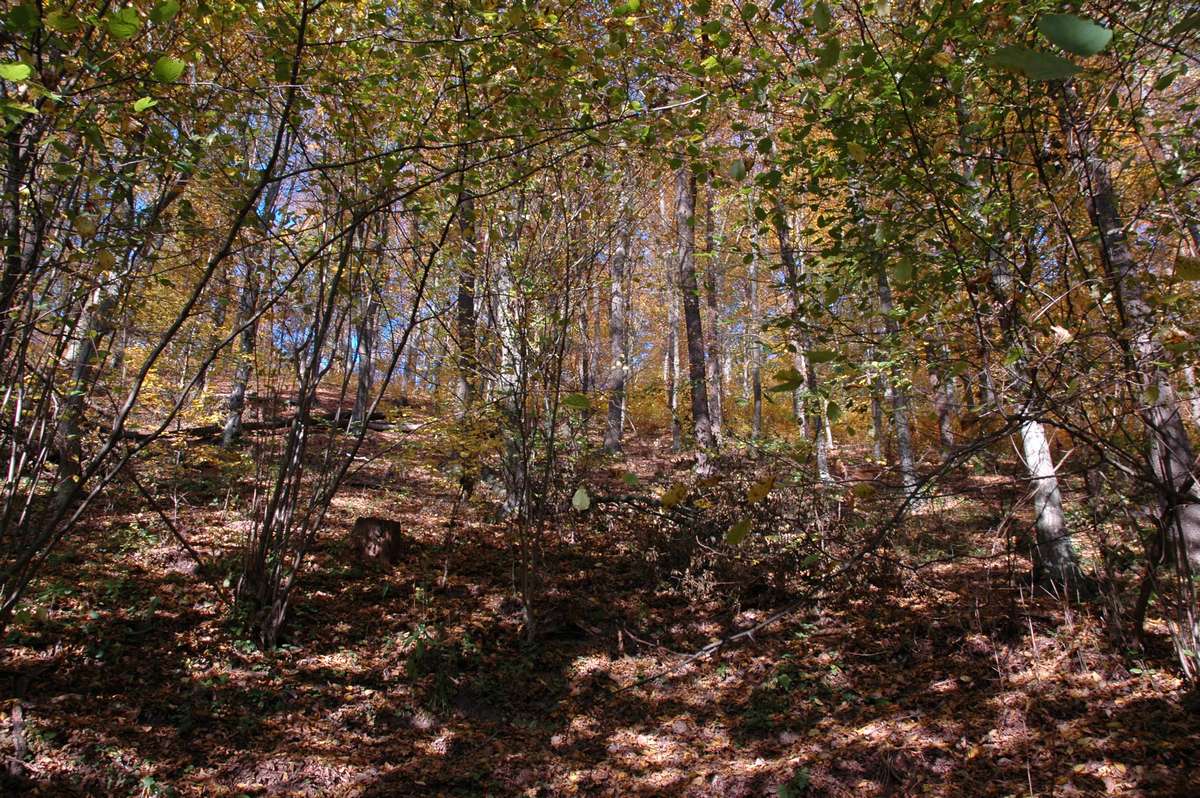 The hillfort is located on a tongue-shaped end of a plateau stretching between Węgierka and Wola Rokietnicka, and culminating at 383 m above sea level.

The hillfort itself, in the shape of an irregular oval, is located on the edge of the hill. Its square has the dimensions of 130 m x 70 m, surrounded by a 1.5 m tall wall. Outside the courtyard, there were three sub-settlements: first one with the dimensions of 30 m x 50 m, second one 70 m x 120 m, and the third one, located the highest, 20 m x 70 m. From the eastern side, the courtyard was fortified by two ring walls and two outside walls. The latter walls were preceded by clear ditches of former moats, and they separated the stronghold from more easily accessible part of the hill. Between the walls of the hillfor itself and the outside walls there was a short cross wall, which probably protected a former gateway. In the spaces between the walls, there were the sub-settlements. Covered with stones, the walls were made out of wood and earth.

The site of the fortified settlement was subject to archaeological research in the 1950s and at the turn of the 1970s and 80s. The discoveries included remnants of homes, hearths and artefacts such as: ceramics, knives, plough shares, sickles, awls, flints, unspecified rods, fittings and horseshoes. Weapons were also found, in the form of arrowheads and spears.

The hillfort was settled in two phases. The first one took place from the 7th until the 9th centuries, while the second lasted from the mid-9th until 11th centuries. In the beginning, it was an open settlement, which became a fortified hillfort only later on.

The Borusz hillfort belonged to the Cherven Cities, and was originally inhabited by the tribe of Lendians (Lechites). It is possible that it was the hub for a local tribal community, or the seat of the local ruler. In the 11th century, probably after the conquest of the area by Ruthenians, the hillfort fell into decline.

The Kievan prince Włodzimierz the Great conquered the Cherven Cities along with Przemyśl in 981. They were reclaimed by Bolesław the Brave in 1018, during the Kiev expedition. In the light of archaeological research, the hillfort in Tuligłowy was conquered by the Ruthenians twice. This is evidenced by traces of fire found by archaeologists.

The best known of the legends concerning this hillfort that has survived to the present times says: “At the top of the hill, a defensive stronghold was built, belonging to the nobleman Borusz. Once, the Tatars attacked the settlement. They wiped out all of its inhabitants, plundered the place and burned it down. In a single night, the Borusz settlement was razed from the ground. Since that time, if you put your ear close to the ground on Easter day, you can hear bells ringing.”