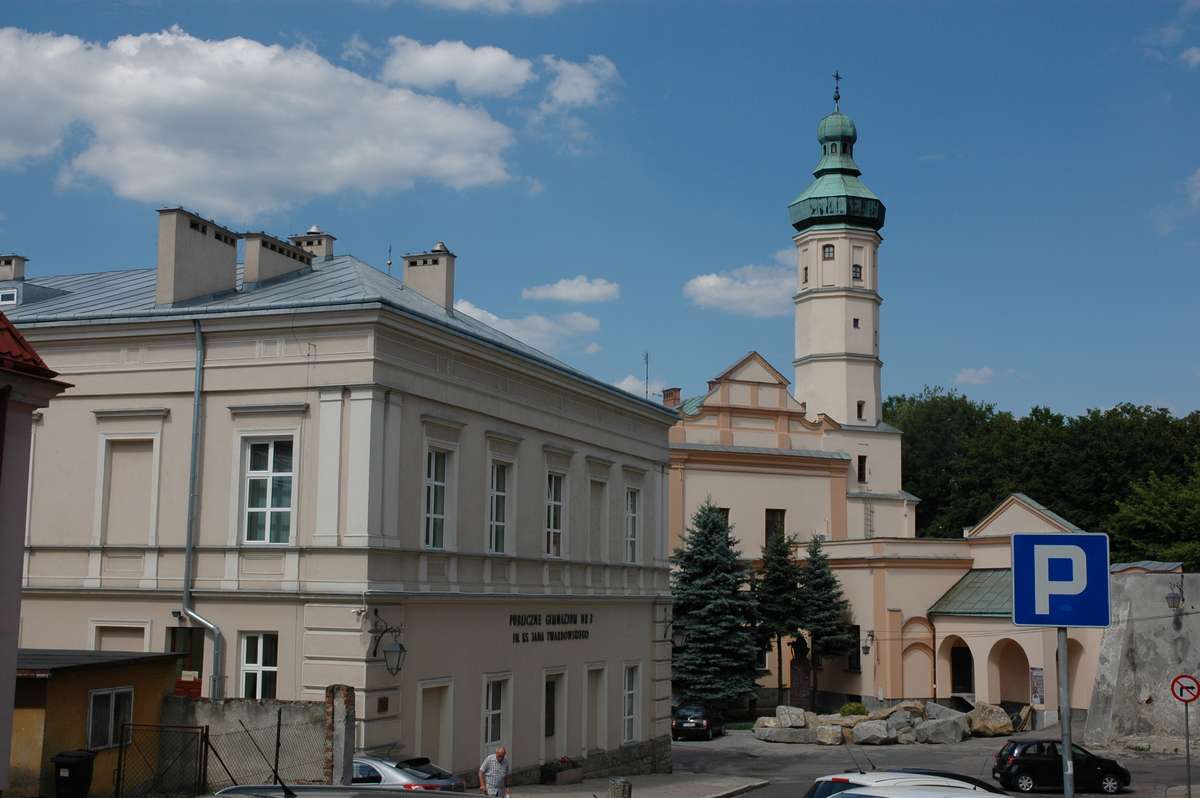 The house was built at the turn of the 16th and 17th centuries, and subsequently expanded in the 19th century. According to the information found in K. Gottfried’s guide, the building was erected in 1608.

At present, it is home to the Piotr Skarga Public Middle School No. 3.

The beginning of the educational function in this place goes back to the 16th century, when the Jesuits were brought to Jarosław and in 1575 began teaching the local youth. At first, the schooling took place in a wooden building in the square by the collegiate church. Then, it continued in a new masonry building adjacent to the church. After the first partition of Poland, and the dissolution of the Jesuit order that followed, the college was turned into a lay school. Unfortunately, after a few years it was closed down.

The ex-Jesuit buildings regained their educational role during the period of Galician autonomy and in early 20th century. Unfortunately, in 1914, the buildings succumbed to a fire started by the Russian troops.

The current school was called into being as a result of the reform of the educational system.

On 1 September 1999, the Public Middle School No. 3 was established with its seat in this building. Heavily destroyed, it underwent a comprehensive renovation.  In 2004, the school was named after Fr. Jan Twardowski. A renovation of the façade of the school building began in July 2008. In the following years, a commemorative plaque was created, dedicated to the former patron of the school, Anna Ostrogska.