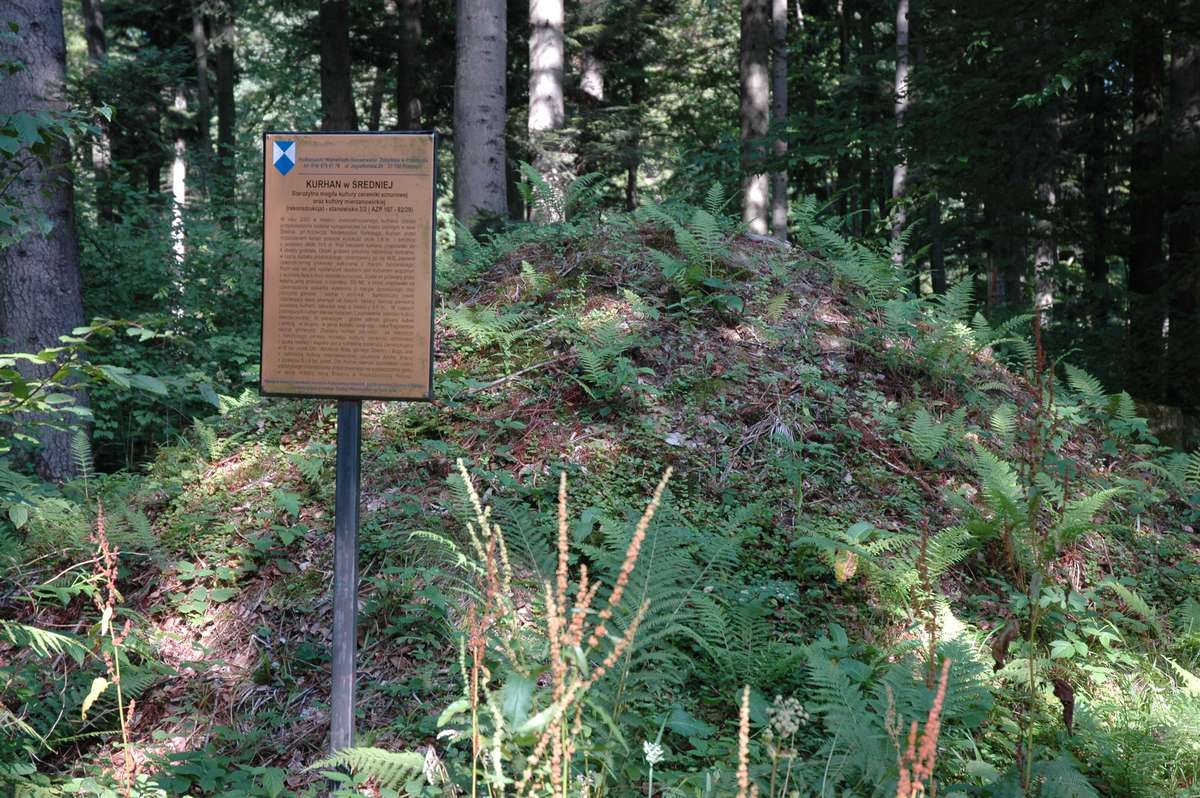 The mounds are situated along the green hiking trail from Przemyśl to Bachórz, passing between the Districts of Jarosław and Przemyśl, in a forest between Helusz (once a hamlet of Wola Węgierska) and the village Średnia. The group consists of four mounds, out of which only one lies within the Jarosław District. The mounds are remnants of an ancient burial area. Estimated to come from 3000 B.C., the mounds are connected to the pastoral peoples of the corded ware culture. Archaeological excavations carried out at the site of the mounds reconstructed in the 1990s led to the discovery of very valuable artefacts. These included: cups, amphorae, mugs, ceramic pieces and flint objects.