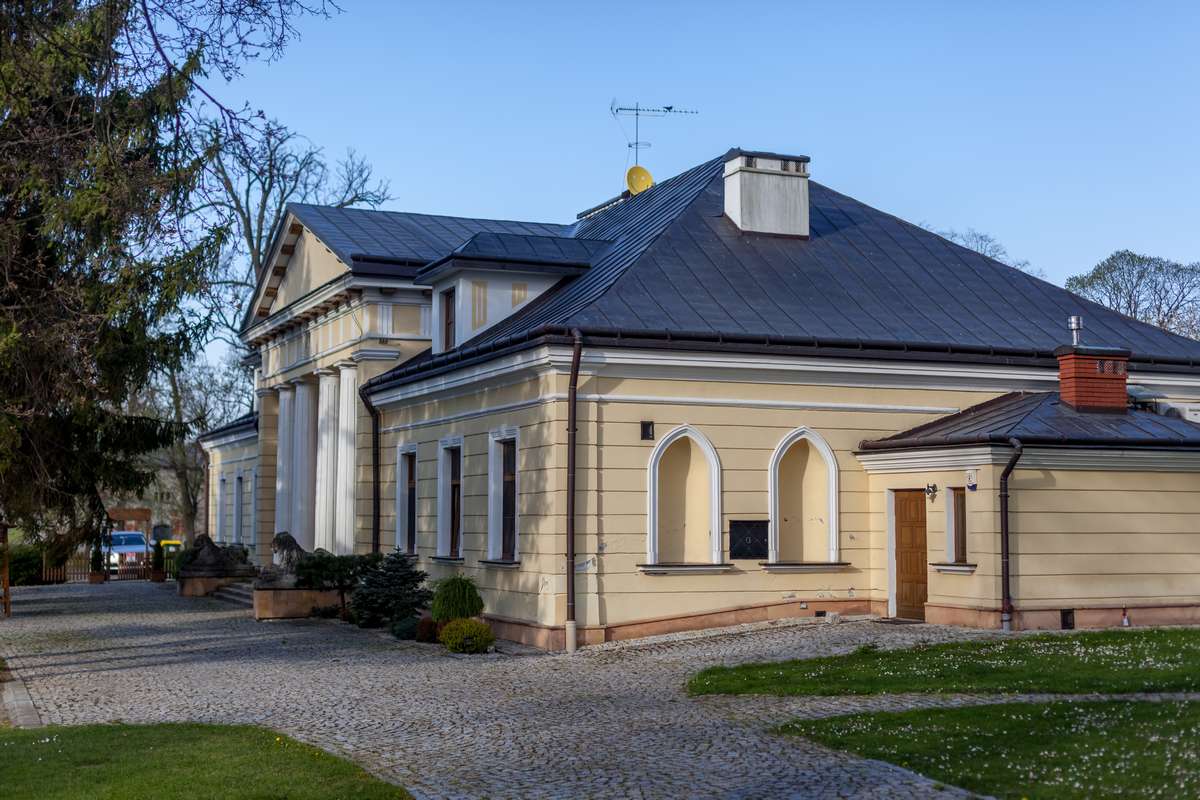 The manor house was built in the period in which Hawłowice Dolne belonged to the Dembiński family, coat-of-arms Rawicz. The construction can be attributed to Wojciech Dembiński, who settled down in Hawłowice Dolne following the division of the assets in 1823. The subsequent owner, Apolinary Kotkowski, ordered two stone lions flanking the stairs in 1855. It is likely that the design of the house was the work of Chrystian Piotr Aigner himself.

The interior of the building features a two-bay layout, with a two-storey hall in the front bay at the entrance axis, and a spacious living room in the garden bay, previously divided into two parts by an arcade. Rooms can be found on both sides of the living room and hall.

The manor house is surrounded by a landscape park, arranged near a vast pond. The pond is supplied by a water stream separating Hawłowice Dolne and Hawłowice Górne.

The complex also includes a historical stable and a granary. 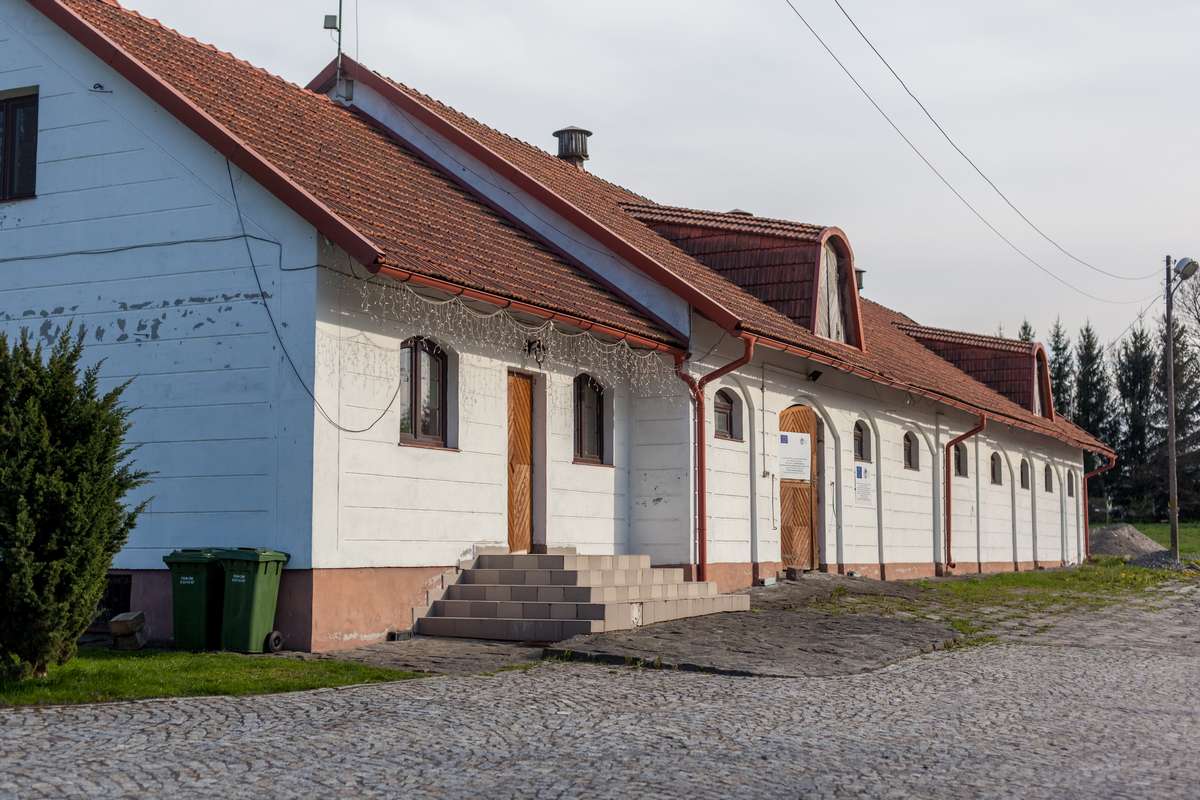 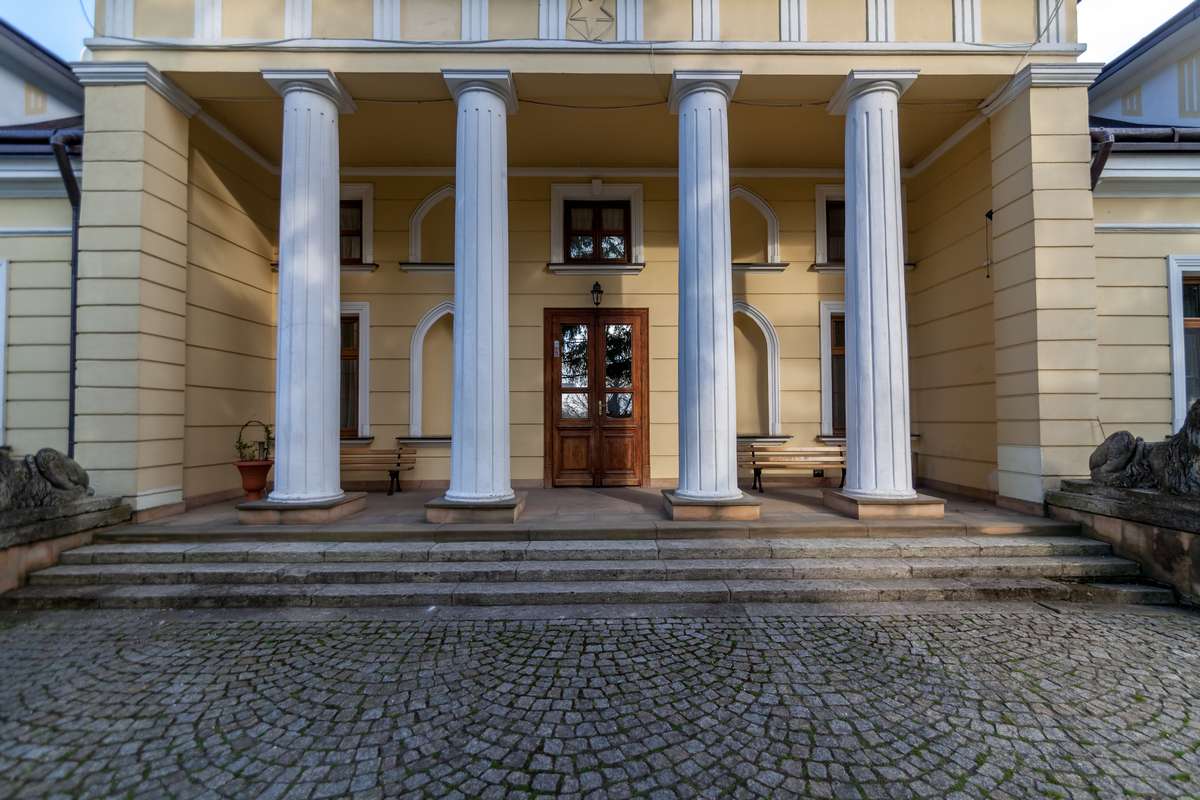 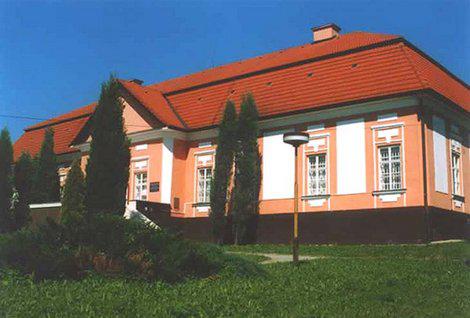 Located in an 18th century Baroque palace, the Dezider Milly Gallery features an exhibition tracing the development of visual arts among folk and professional artists of Ruthenian and Ukrainian origin from the 16th century until the contemporary times.

The exhibition venue consists of nine rooms. The focal point of the entrance hall is a wooden sculpture with a bronze bust presenting the national artist and academic painter, Dezider Milly. The sculpture was made by Ján Kulich. Among the collected artefacts, particularly worth seeing is a precious collection of icons.

The building housing the gallery, previously a manor house, was built at the end of the 13th century in the late Baroque style.  It is the oldest building in Svidník, named on the State List of Monuments.  It was reconstructed and opened as a museum in 1983. 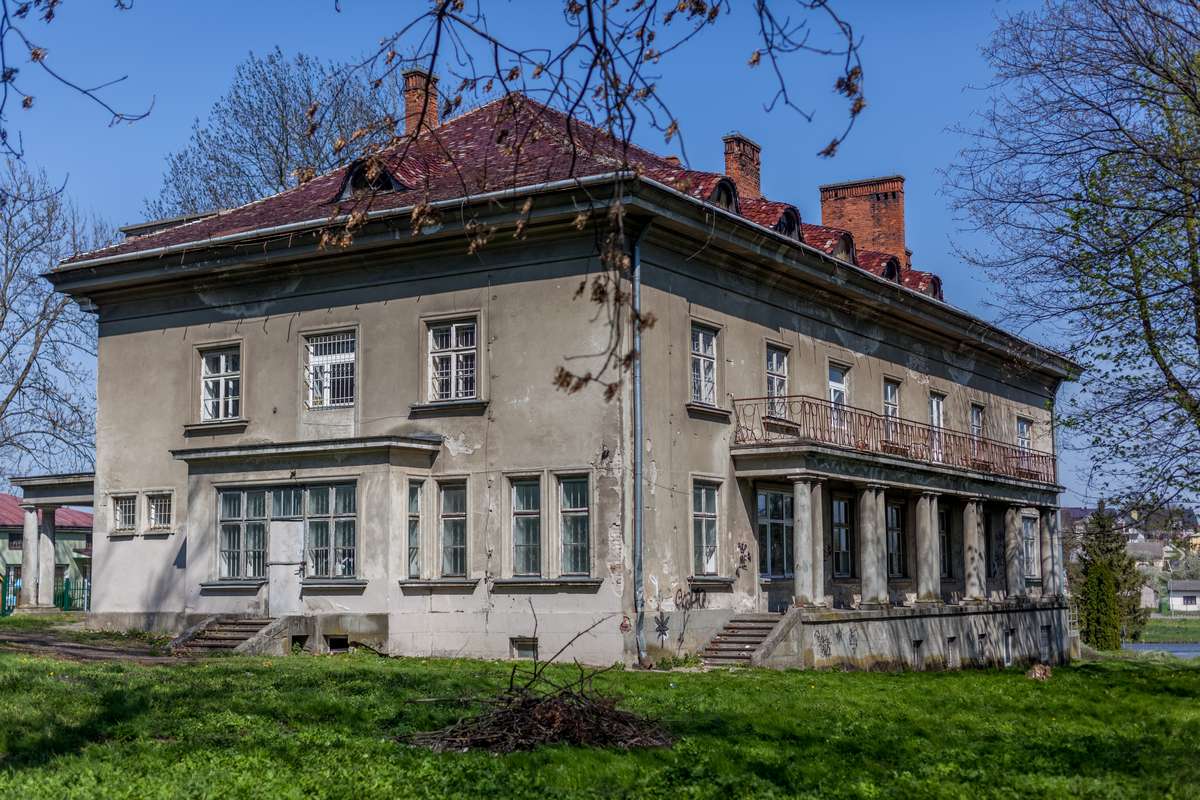 Situated in the central part of the village, the manor house was built at the end of the 1930s. It was constructed on the remnants of a 17th century building. Its former classicist style was remodelled in the years 1918 – 1939. A distinctive porch with columns flanks the building from the east and west.

To the west of the manor, there is an English style garden, first started in the 18th century, and later significantly expanded in the 19th century. The trees growing here include: beeches, oaks, hornbeams, poplars, spruces, pines, plane trees, and larches.

The last owner of the manor house was Marian Lisowski. Until 1982, the building was used as the seat of the municipality and up to the year of 2017 – as a primary school and middle school. 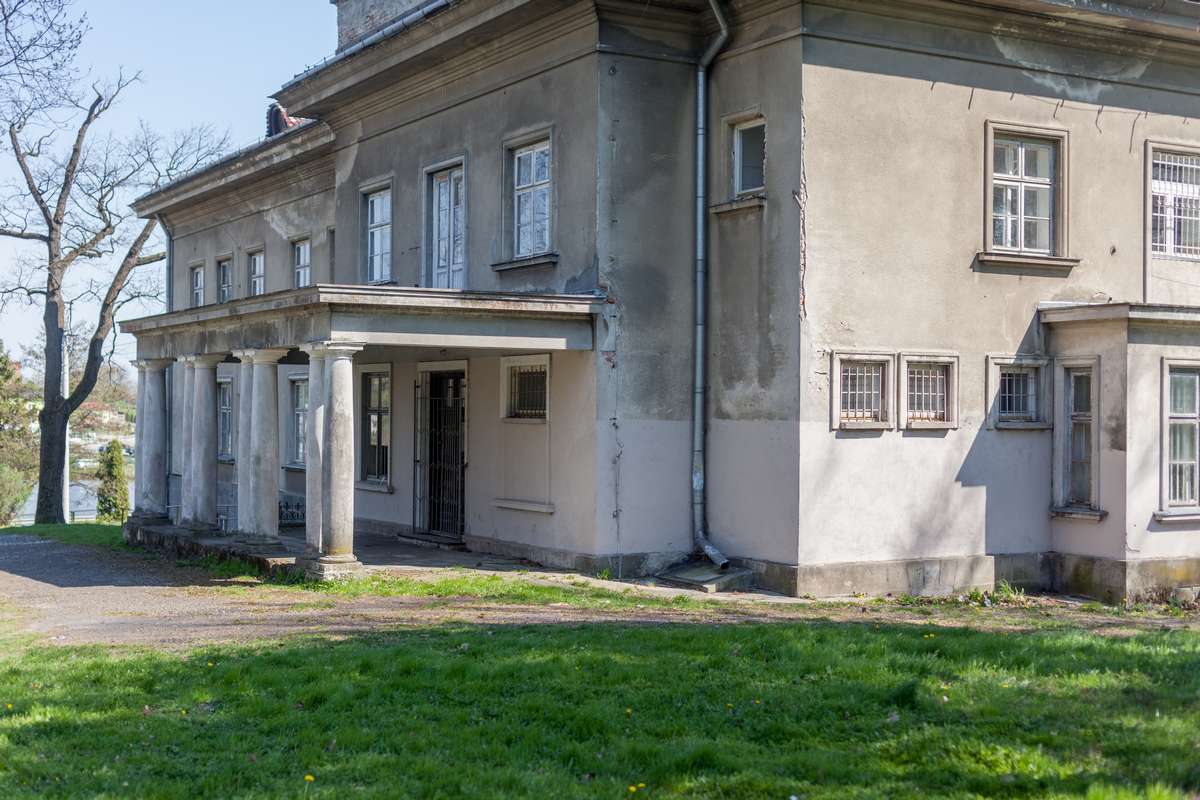 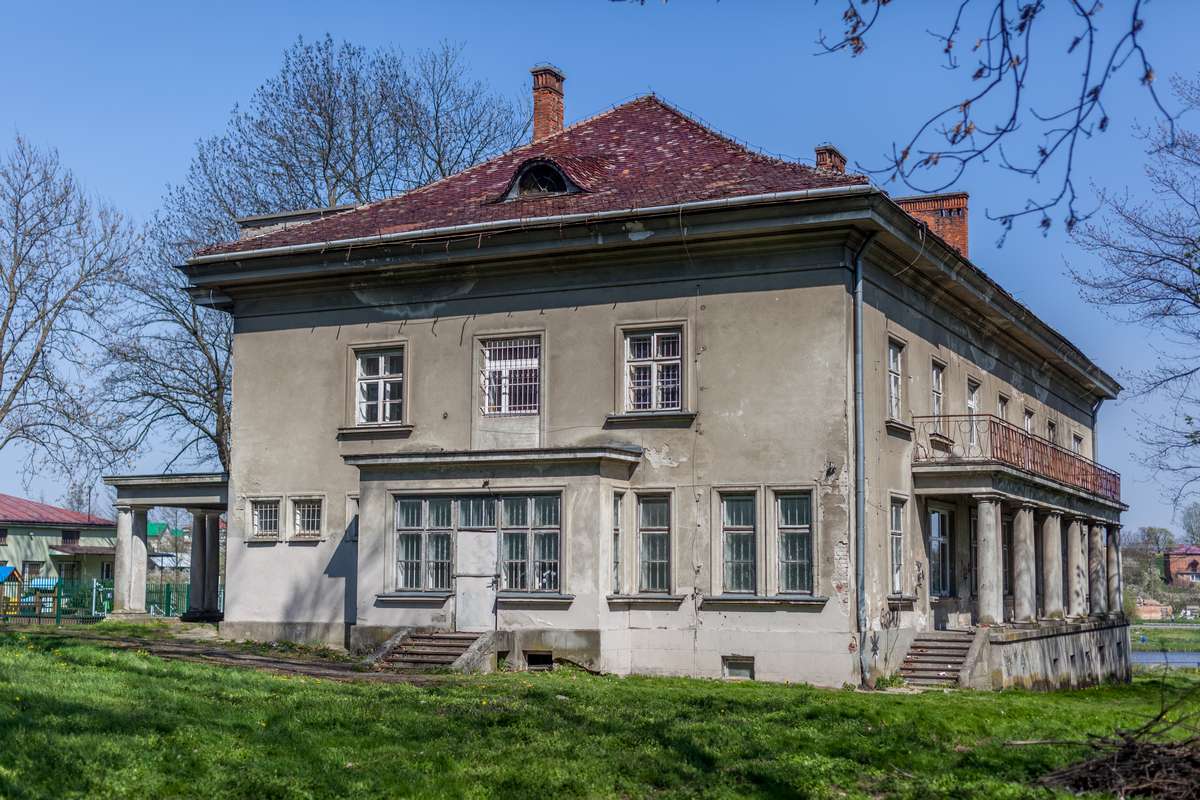 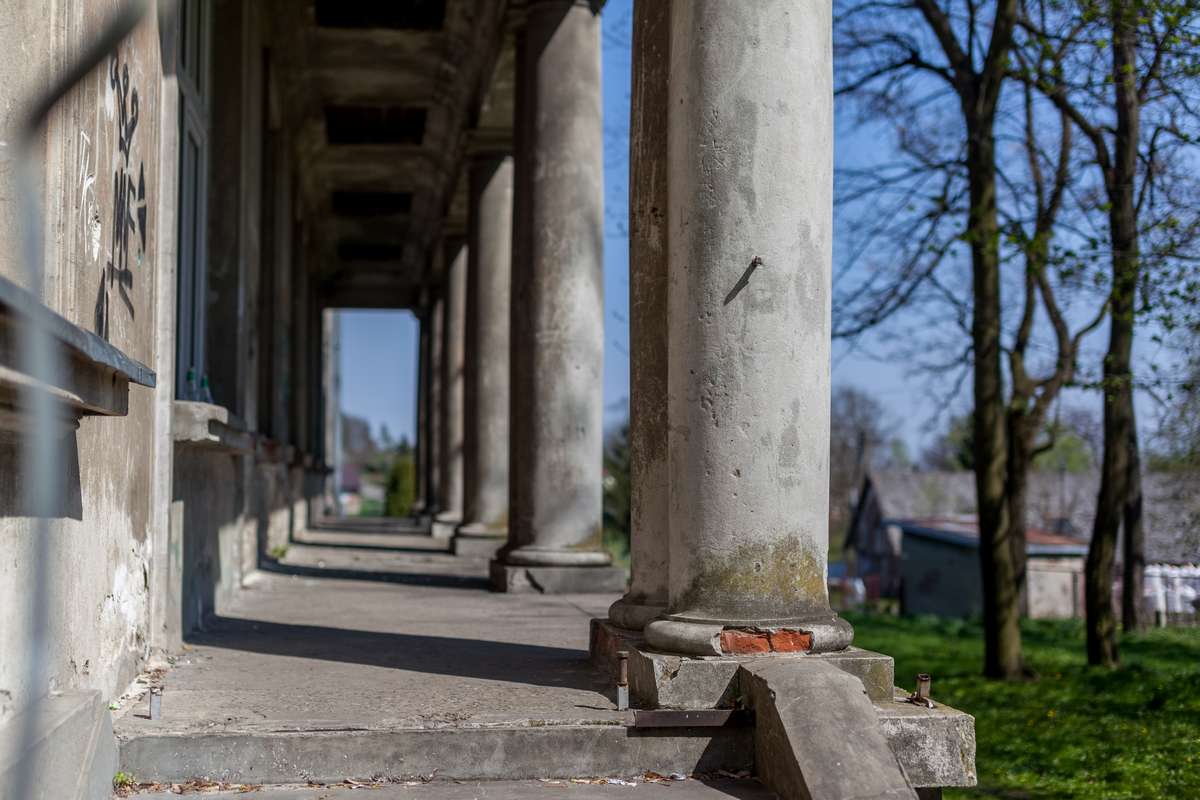 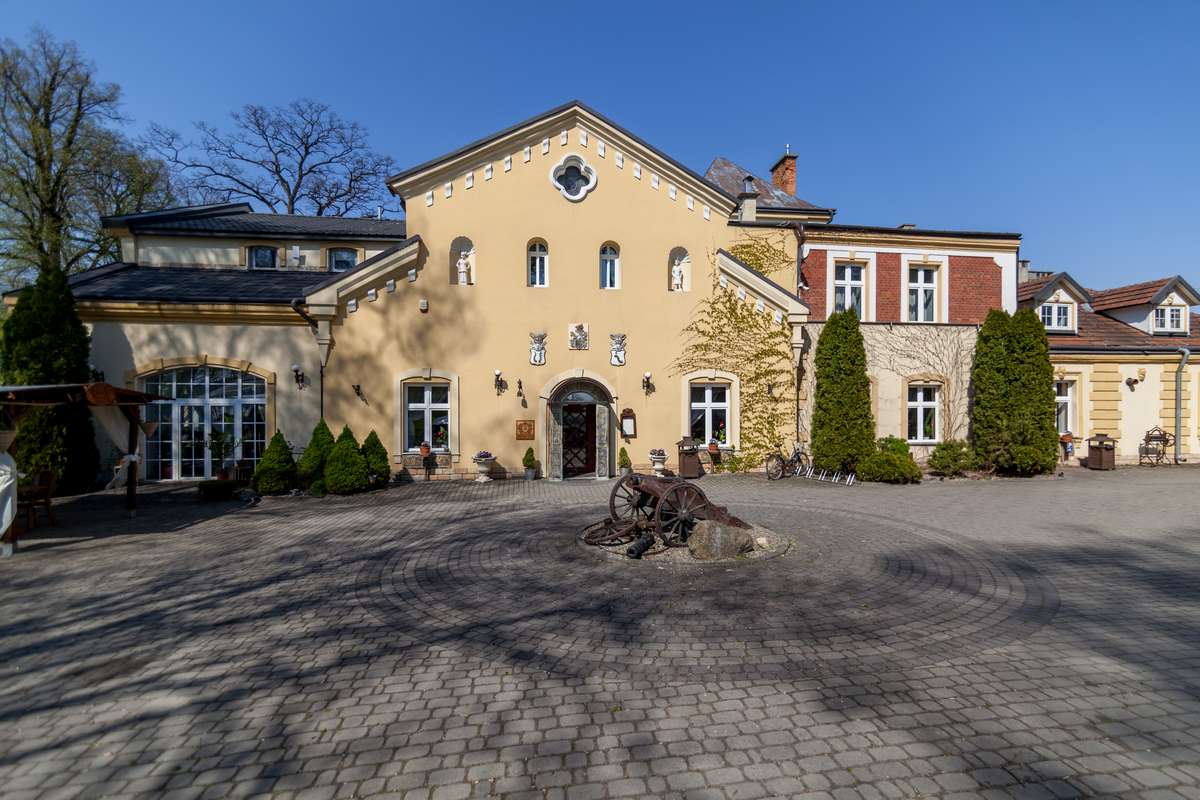 The palace complex in Boratyn consists of: a landscape park, a palace (manor house), a chapel and a farm building. Its history dates back to the early 18th century. The earliest preserved documents describing the appearance of the building and the farm belonging to it come from 1724. Initially, it was a small single-story manor house, which with time grew in size to its current shape. The first owners of the property were the Krasicki family. At the beginning of the 19th century, the manor passed into the hands of the Stadnickis, who took care of its renovation and extension.

The palace owes its present form to the remodelling which took place in the 1820s. The then owner, Jan Stadnicki, rebuilt the residence around 1820 in the style of late Classicism, modelled on the outstanding noble residences in Łańcut, Przeworsk, and Sieniawa. It is the Stadnickis who are believed to have arranged the landscape garden around the manor in the second half of the 18th century. The garden layout incorporated an old oak forest and natural terrain. Around 1810, a Classicistic chapel resembling an antique temple was constructed within the complex. After the death of Jan Stadnicki, the property passed into the hands of Kazimierz Krasicki, who decided to use it as a school. During World War I, the manor house served as a hospital for Austrian soldiers. During the interwar period, it belonged to Marian Lisowiecki. World War II saw it used as a granary and later as housing for repatriants.

Today, thanks to the effort of the current owner, the manor house was renovated and is used as a hotel, with a restaurant and recreation facilities. 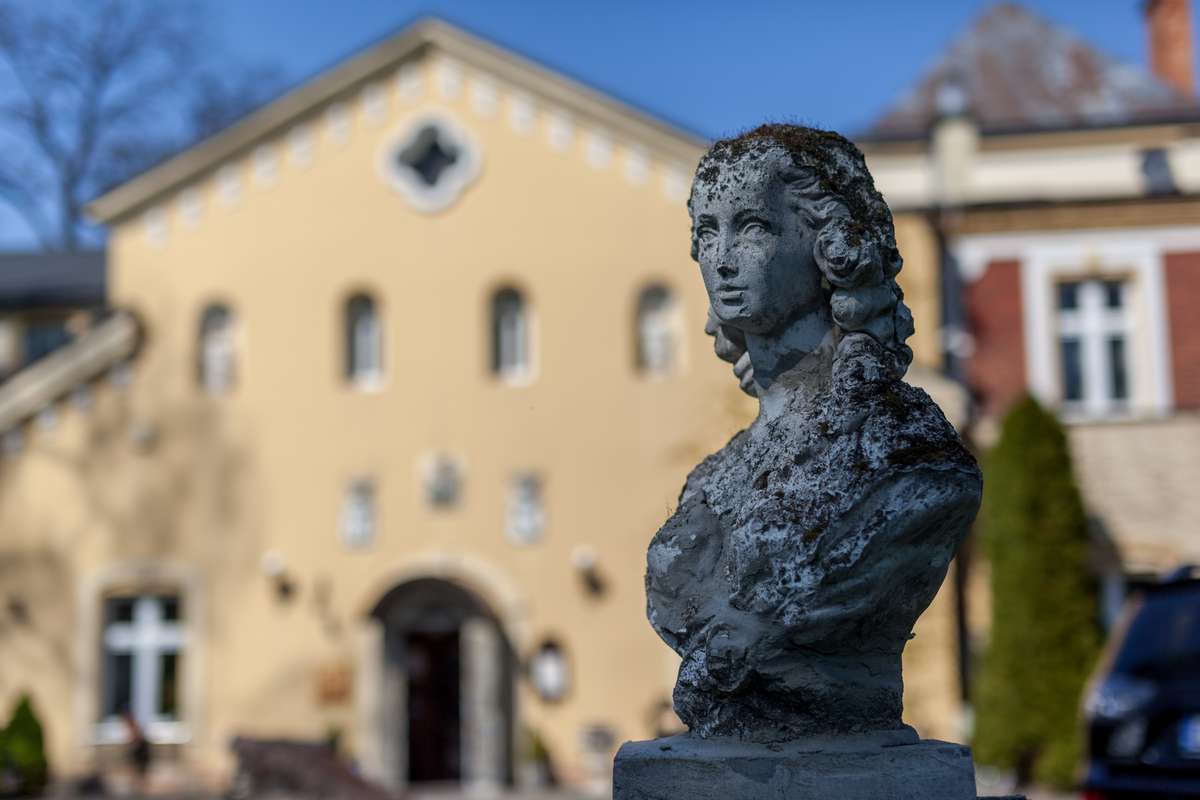 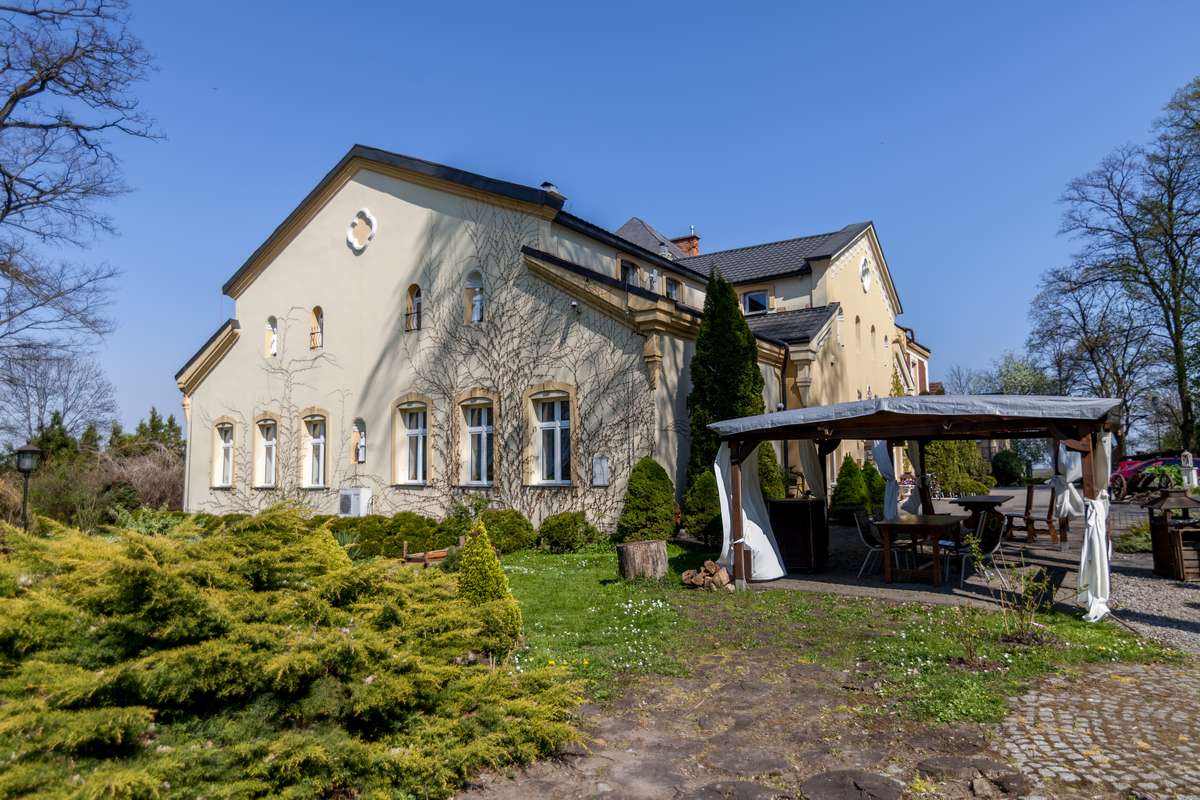 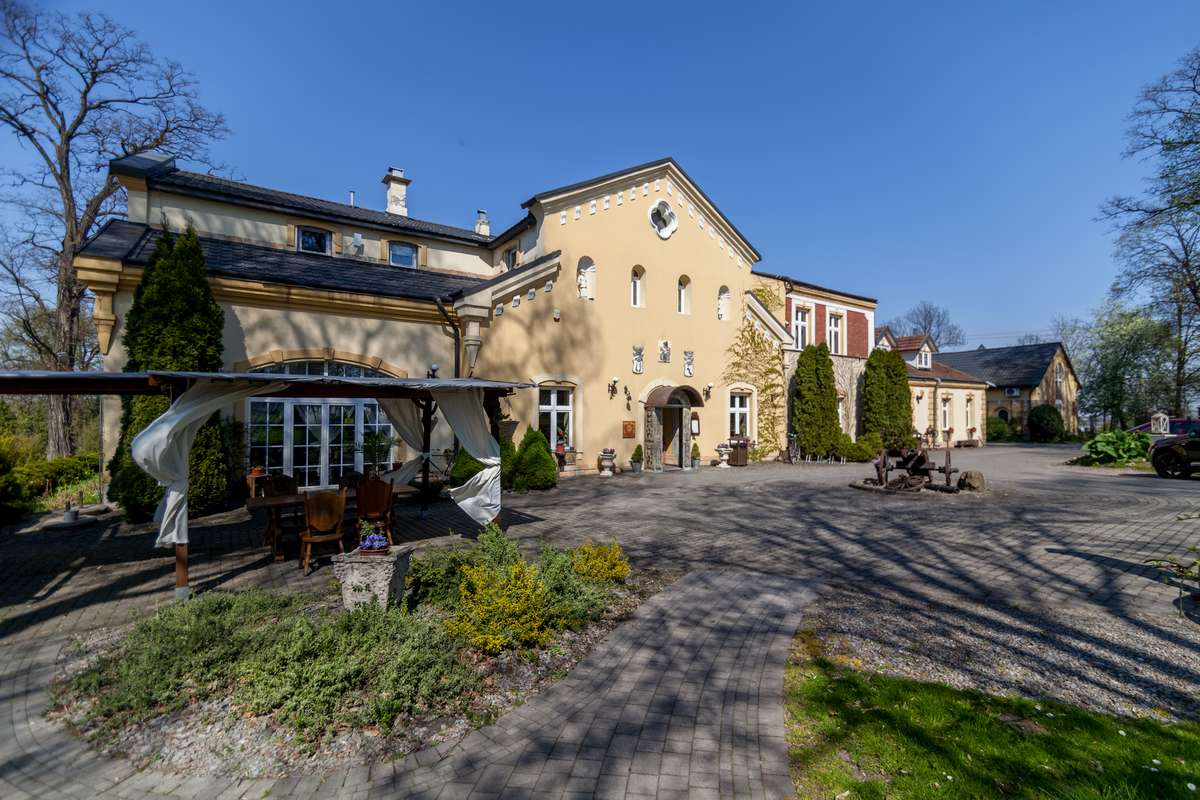 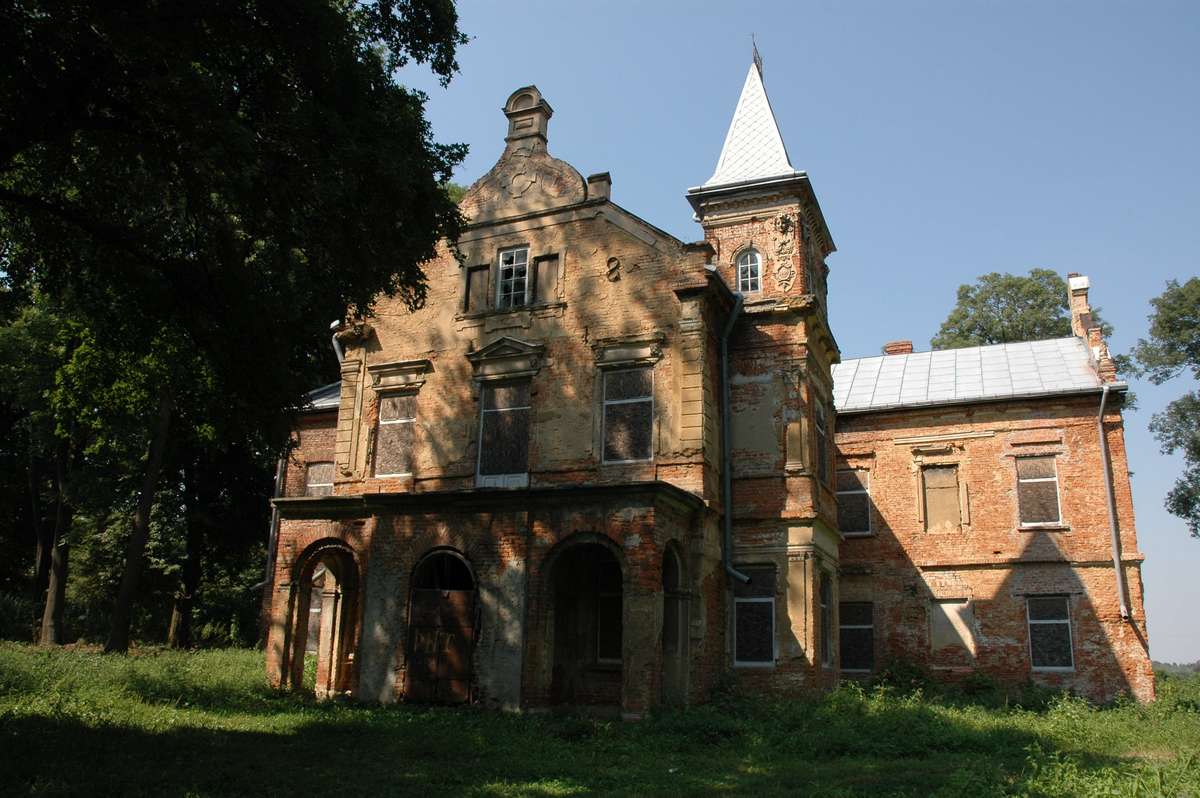 The construction of the palace was started in the 18th century by Kajetan Piniński, and completed by his nephew Leonard Piniński. Next, the building became the property of the Dembowski family. In 1903, after it was purchased by Czesław Świerzawski, the palace was reconstructed. At that time, it consisted of two two-storey wings adjoined at the right angle, with an arcaded terraced veranda added in front of the entrance. After the Świerzawskis, the next owner was Kazimierz Lubomirski, and then Józef Romer. In 1917, the house was acquired and thoroughly renovated by Eustachy Uznański.

During World War II, the building was taken over by the Germans. After regaining independence, the building became home to a gymnasium, and in the following years many state institutions used it for their offices. Significantly dilapidated by that time, in 1988 the building was sold and became private property. The new owner repaired the damaged roof, filled in the holes in the walls, replaced the ceilings and window frames, connected the building to a power network and provided a gas installation, running water and sewage. Unfortunately, the dynamic economic conditions of the 1990s along with insufficient funds led to a halt in the renovation works.

The surrounding area by the manor features a granary, a stable, and an old tree stand including lindens, ashes, oaks and willows.

At present, the palace is privately owned, but it is not actively used.